You are here: Home / Parenting / 8 Signs Your Baby is Having a Mid-Year Crisis 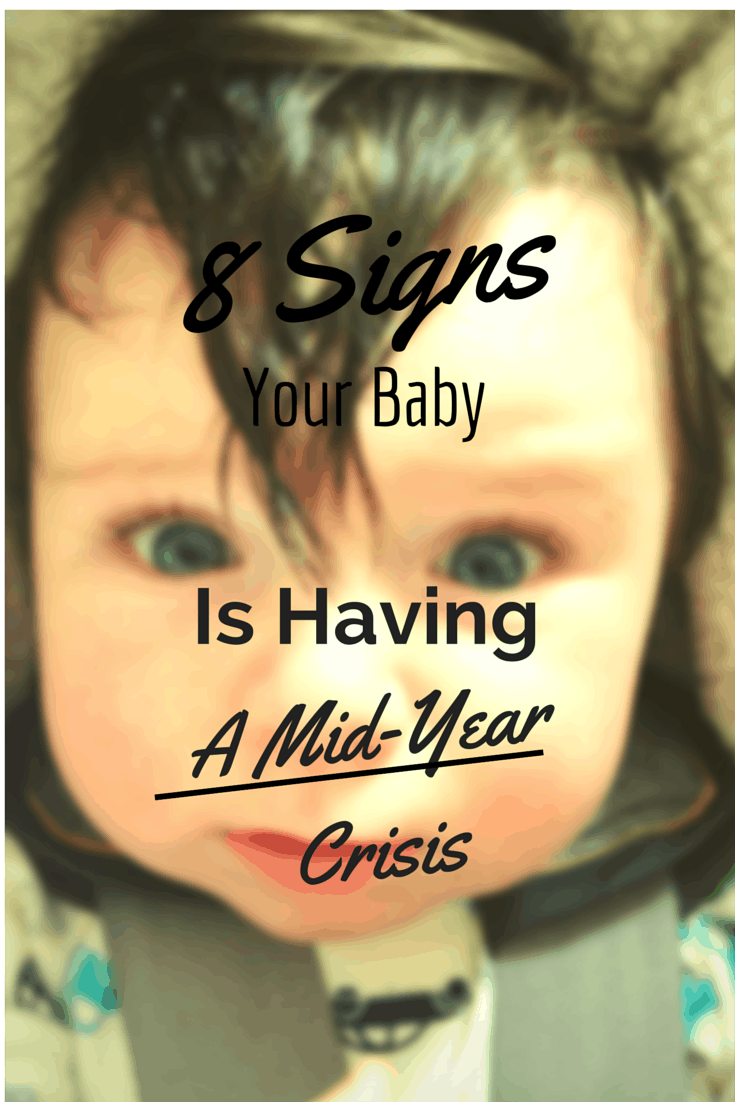 Today is Nolan’s 6-month birthday, and I think we all know what that means.  That’s right, we have come upon the infamous Mid-Year Crisis plaguing baby boys everywhere.

It’s that time when babies grapple with the passage of time, re-evaluate their priorities, and, in more extreme cases, start behaving like Charlie Sheen.  Actually, the Charlie Sheen thing may be a little different, but who’s to say really.

Personally, seeing my baby hit the 6-month mark has given me a feeling of amazement at just how far my helpless fetus has come. You guys, he is now a helpless infant. For Nolan, the mid-year mark is having a profound effect. He is most definitely in mid-year crisis mode.

1. He starts hanging out with older lady babies.

You need to be especially vigilant about this on group play dates, and very particularly at baby yoga, where there are likely to be cougar cubs doing downward dog and child’s pose RIGHT in front of your little boy. It’s a hotbed of temptation, really. 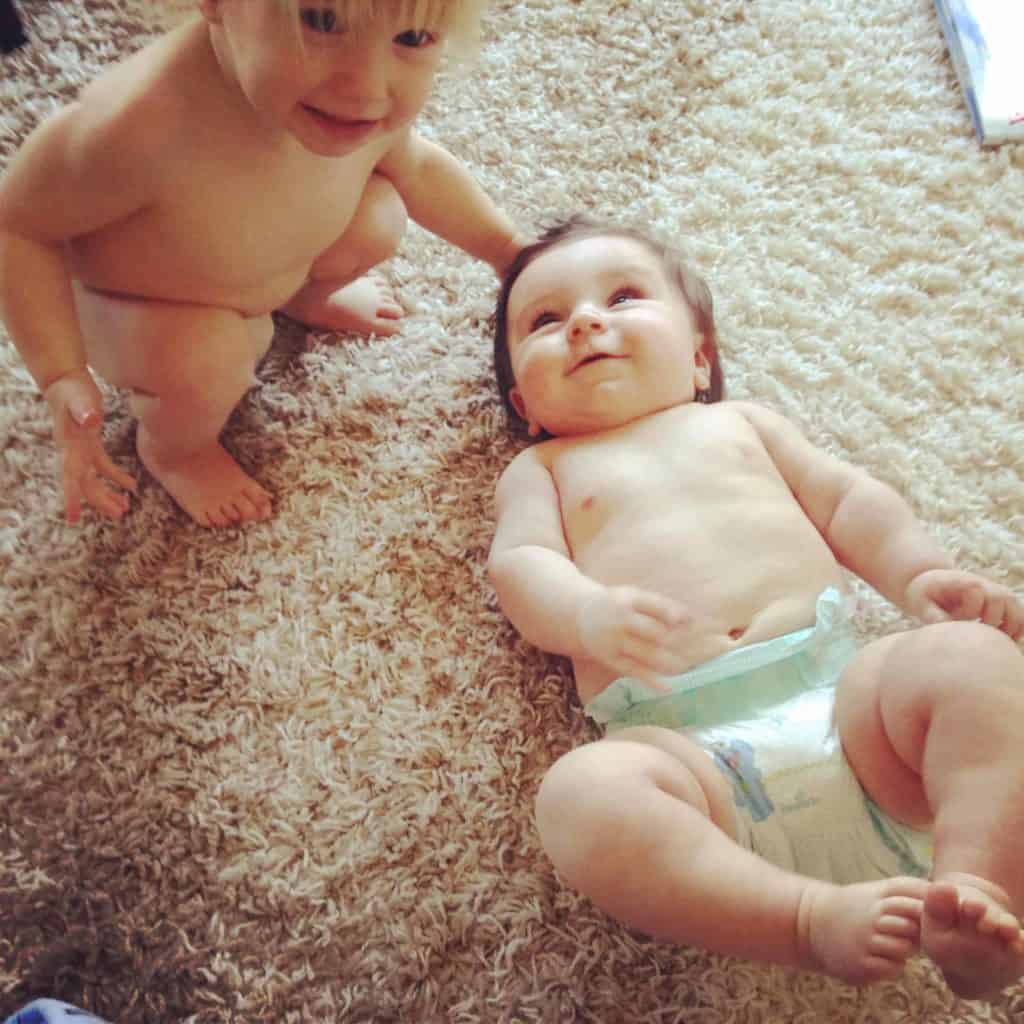 Your baby may go the other way with this, cruising for younger girls. In this case take pains not to have him within eyesight of a La Leche League meeting. 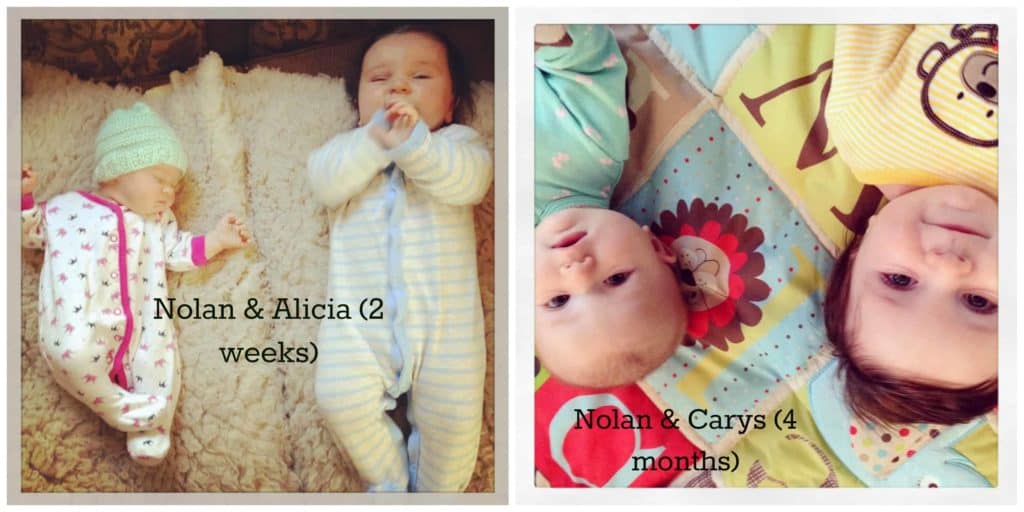 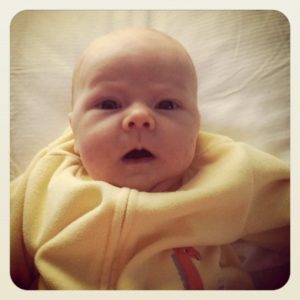 Who the hell are these girls?!! Nolan’s girlfriend Annie, 7 weeks

2.  He puts extra effort into cultivating a “bad boy” image.

Because of his limited skill set, this is most easily accomplished by the tousling of his own hair. If your baby does not have hair yet, he may achieve the same effect with an edgy onesie. 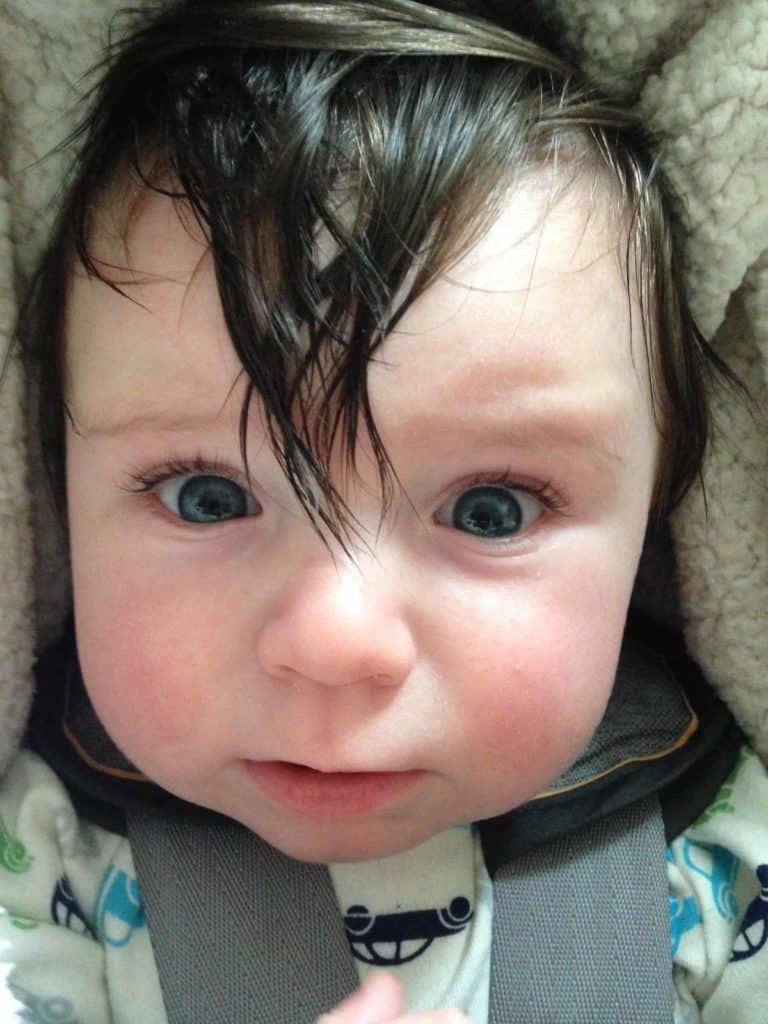 Your baby will not know how to behave in moderation whilst undergoing a mid-year crisis. You can try to reason with him, but a hallmark of this phase is the inability to be reasoned with. Actually, that is the hallmark of the next 18 years. 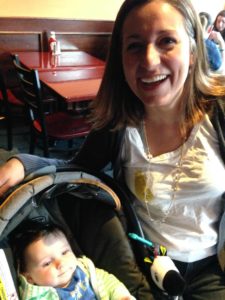 I want to be very clear about what you are seeing in this photo. You are seeing Nolan’s shit on my boob, while we are out at a pub. I very clearly remember asking Nolan NOT to shit where he eats. 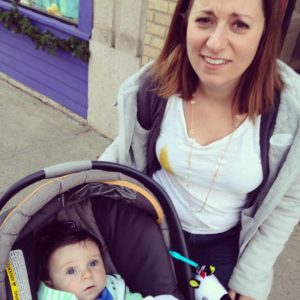 Nolan and me outside the bar, since, you know, you pretty much have to leave once your chest is covered in feces. *This rule is more flexible at fraternities.*

4.  He goes out and buys a flashy new Exersaucer.

This is a classic move.  He wants to feel hip and youthful, and his old Rock ‘N Play will appear decidedly uncool to him during this time. 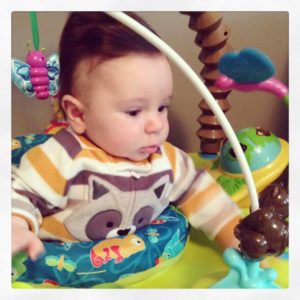 5.  He starts experimenting with his look.

Please be patient with your baby.  He may have some fashion misses, but those of us who grew up in the 80’s are really in no position to judge. 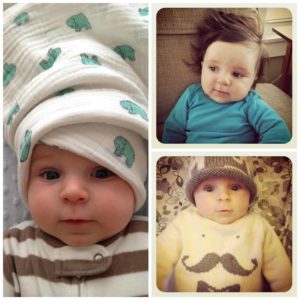 6.  He expresses nostalgia for his swaddle.

The swaddle represents his lost youth.  Ahh, the good old days, when you could be wrapped up like a burrito and not be expected to master challenging tasks such as finding your own toes. 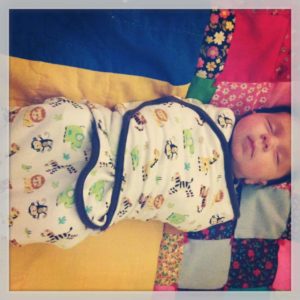 7.  He begins comparing himself to more successful babies.

For Nolan, it has been a real sore spot that he can’t roll from back to front. His friend Brayden (who is exactly Nolan’s age, thus adding additional salt to the wound) has already mastered this move.

His other baby friend Daisy is not only responding to her own name, but also reaching for things that Nolan can only eyeball from a distance, trapped in his own pudge.

Naturally, at this sensitive time, Nolan is struggling with these comparisons. Not helping is the fact that he has been told that his hairstyle sometimes says “middle management.” 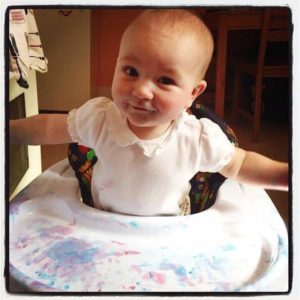 My name is Daisy, and I am CRUSHING life.

This probably includes visiting a variety of exotic locales (Disney World, Santa’s Village, Las Vegas) that he would like to see before he turns one. This may or may not be practical for your family, because road tripping with an infant is like running headfirst into a brick wall.

If any of the above sound familiar to you, your baby boy may have fallen victim to his mid-year crisis.

Try not to panic.

As challenging as it may be, in 99% of all cases he will emerge unscathed from this trying period. (The other 1% later becomes a pop star and gets a pet monkey.  But try not to worry about that).

After the storm passes you can sit back and relax. Until the terrible two’s and puberty. {Note: Rumor has it that there are a few good years in between those events}.

« Sleep Training Our 7 Month Old: What Were We Waiting For?
The Secret Danger of Day Care: How Competent Providers Highlight Your Glaring Parental Incompetence »