×
You are here: Home / All Posts / A Photo Retrospective of a Baby-Boy Wolverine

If you have been following this blog, even loosely, it may have come to your attention that Nolan has hair that would make an orangutan jealous. Hair so luxurious that we have fielded offers from the Hair Club for Men, hoping to land Nolan as the “Youthful Face of the Operation.” Offers that we had to turn down on account of the fact that we do not want to make our son a target for angry, balding men nationwide.

Alas, the time finally came to tame the mane, and give our little boy a shot at a normal childhood. A childhood unencumbered by a baby mullet. We have taken the plunge and cut Nolan’s hair. Before his new look is revealed in tomorrow’s post, I wanted to take a look back at the glory that has been Nolan’s hair during the first 7 months of his life. And so, I present you with “A Photo Retrospective of a Baby-Boy Wolverine.” This will probably end up as a gallery show at the Met, but you saw it here first. 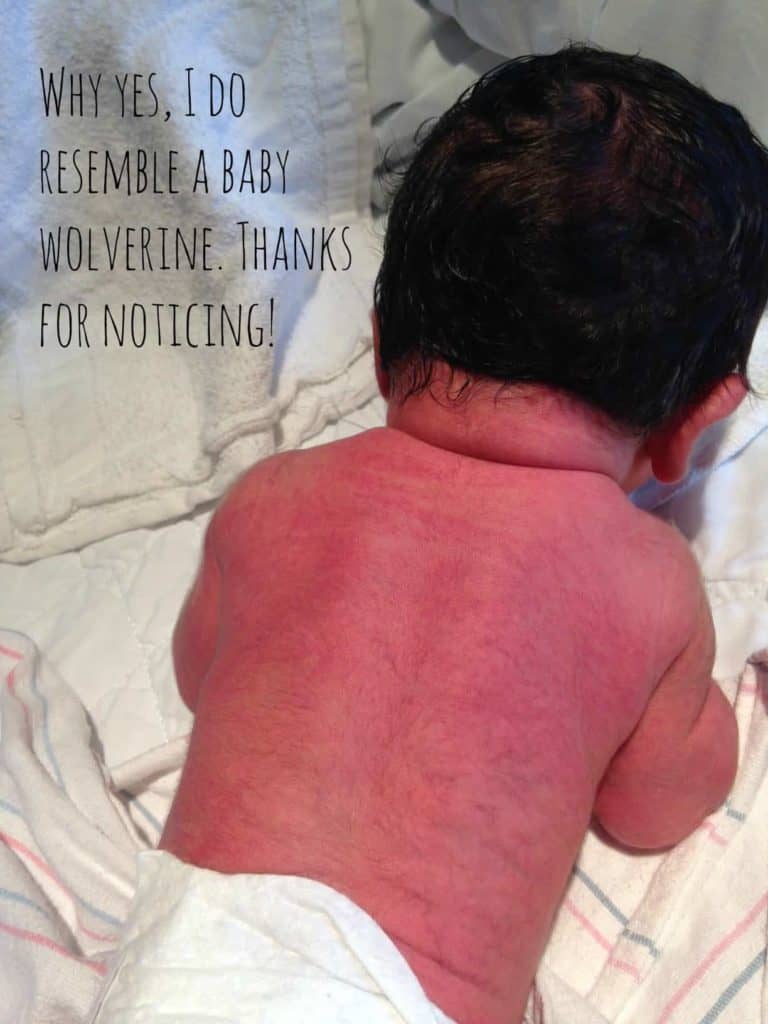 One nice feature of Nolan’s hair has been its versatility. This is a boy with many looks. 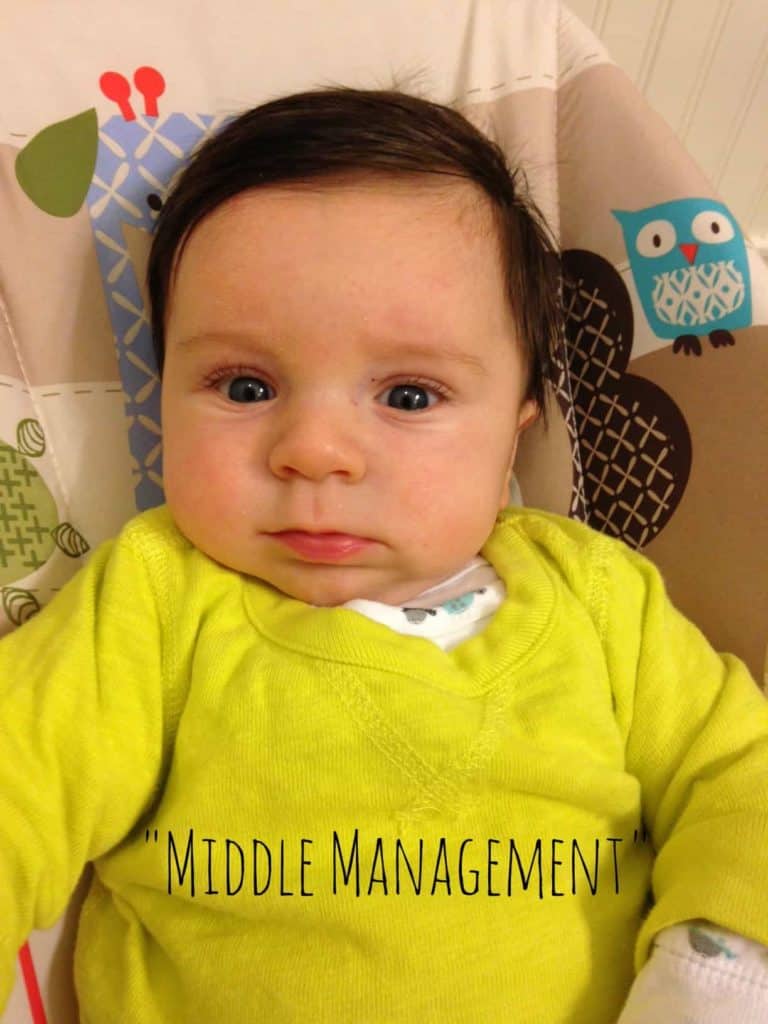 The “Middle Management” look is one that Nolan was very proud of. He says it made him feel powerful but relatable, in a limited, “everyman” sort of way. Nolan sometimes calls this look “The Michael Scott.” 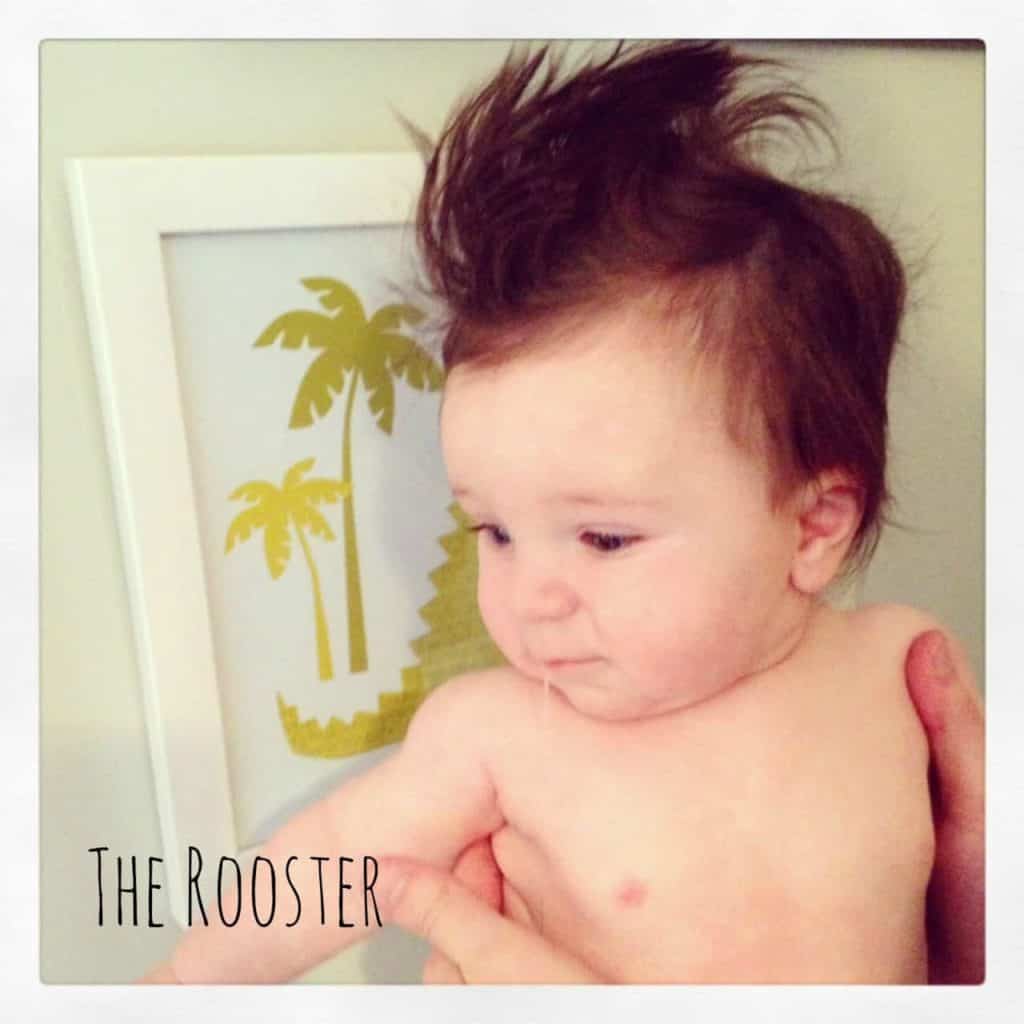 Nolan loves this look. He wants nothing more than to become a barnyard animal. ANY barnyard animal. He listens to a lot of Old MacDonald. Yeah, he’s not a prime time player, like a cow, but he is happy to settle for rooster. Roosters are sassy and Nolan respects sass. 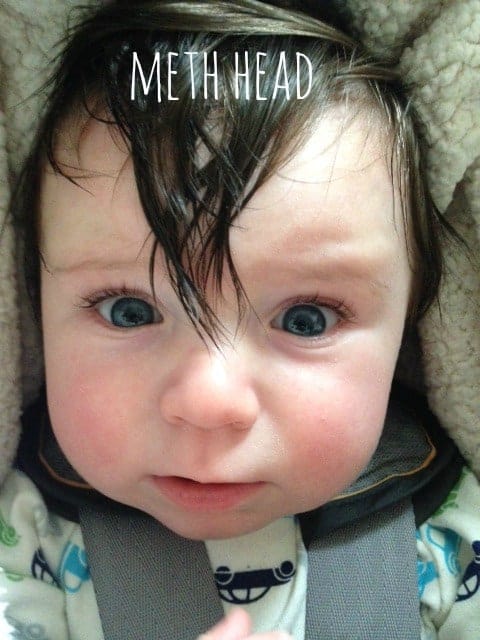 Nolan is embarrassed by his meth head look. He’s seen enough episodes of Intervention to know that this is NOT a road he wants to go down. If anything, he’d like to be on Hoarders. Shame is the overriding emotion associated with this look, and also confusion, because Nolan isn’t *totally* sure what meth is. 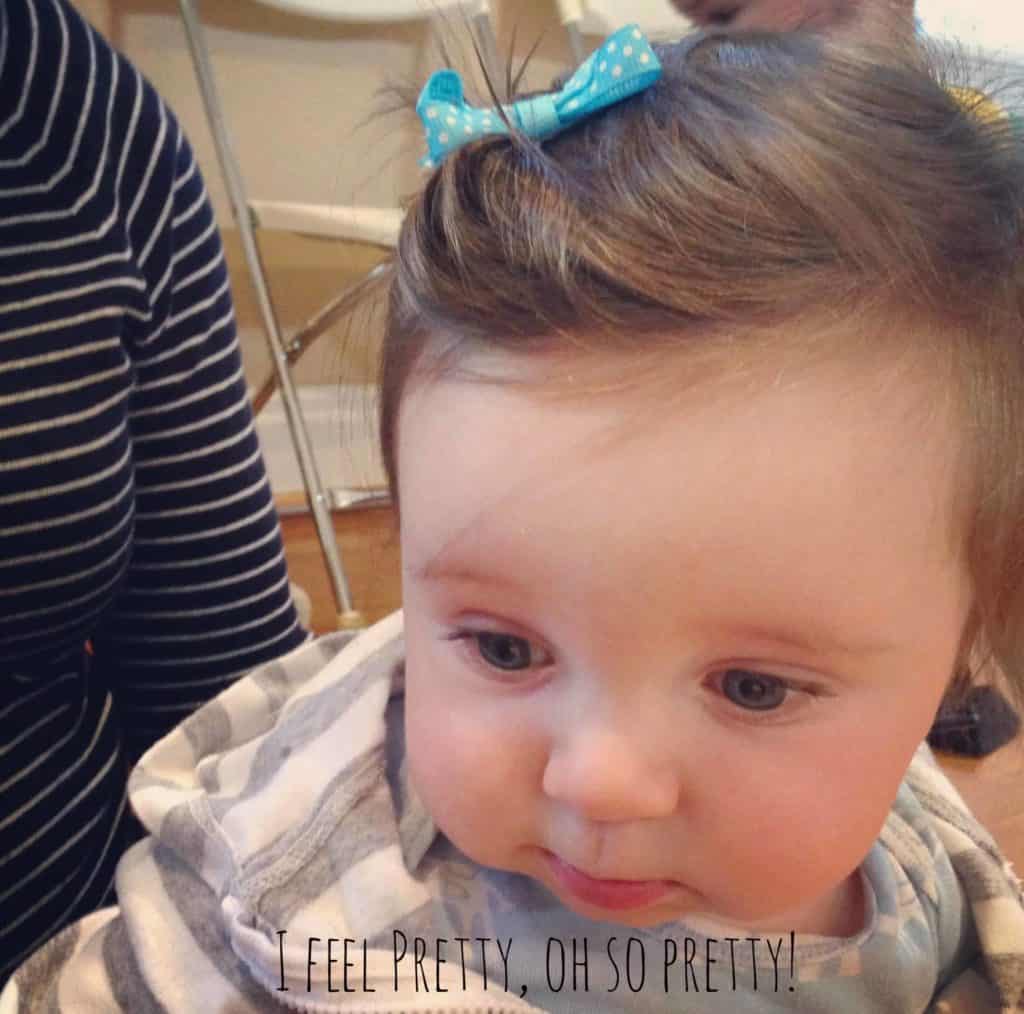 It’s hard NOT to jazz up all this hair with a bow now and again. Not hard for me, hard for Nolan. Nolan loves bows. He doesn’t understand why all his little girl friends get to style their hair with props while his just flaps in the wind. You’re welcome for the bow, Nolan, you’re welcome. 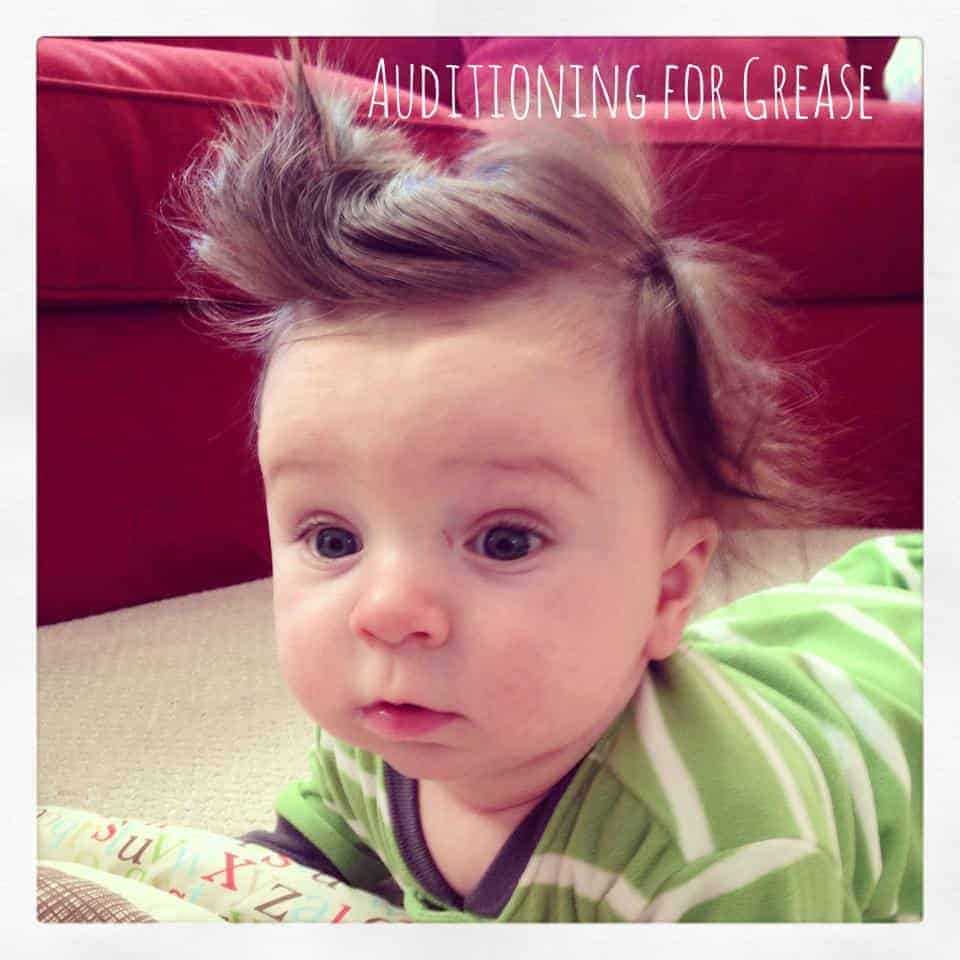 Nolan’s a big Travolta fan. Huge. Mostly Travolta from Grease. Less so Travolta from Scientology. He really loves the T-Birds and came up with this hairstyle all on his own. (Note: No hair product has been used in this or any hairdo on display in this retrospective). 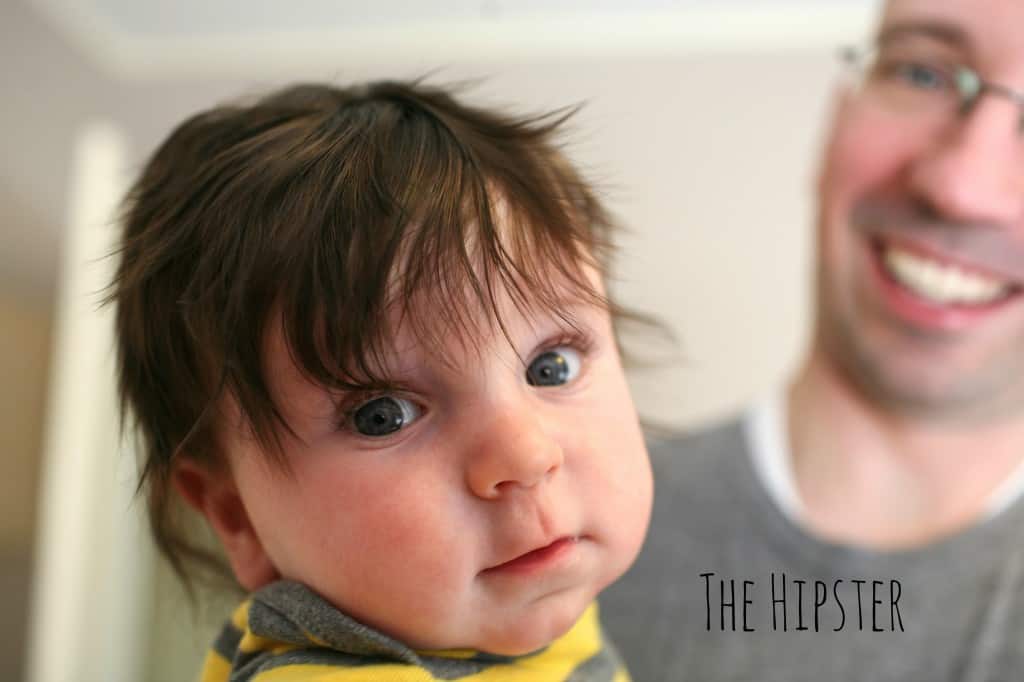 Looking back, Nolan is kind of embarrassed by his Hipster phase. He got tired of the non-prescription glasses and ironic mustache early on, but hung on to the hair for awhile. The other babies at his underground record/coffee shop were really into it. 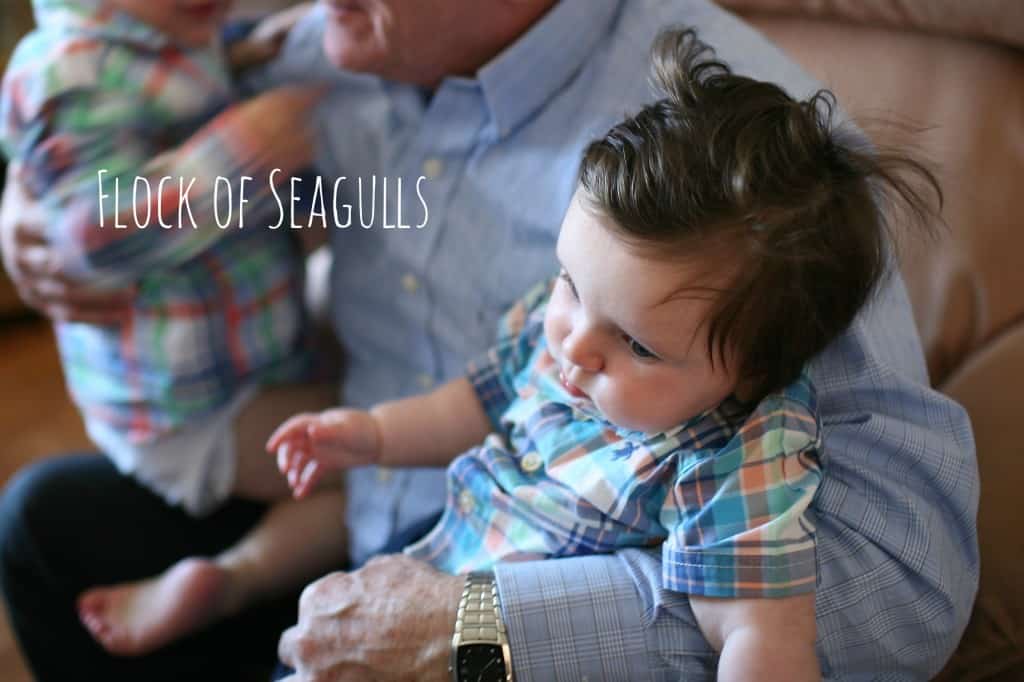 Nolan’s hair got messed up by an actual flock of seagulls who mistook it for their nest. This look has nothing to do with the 80’s band, although Nolan does love the 80’s. 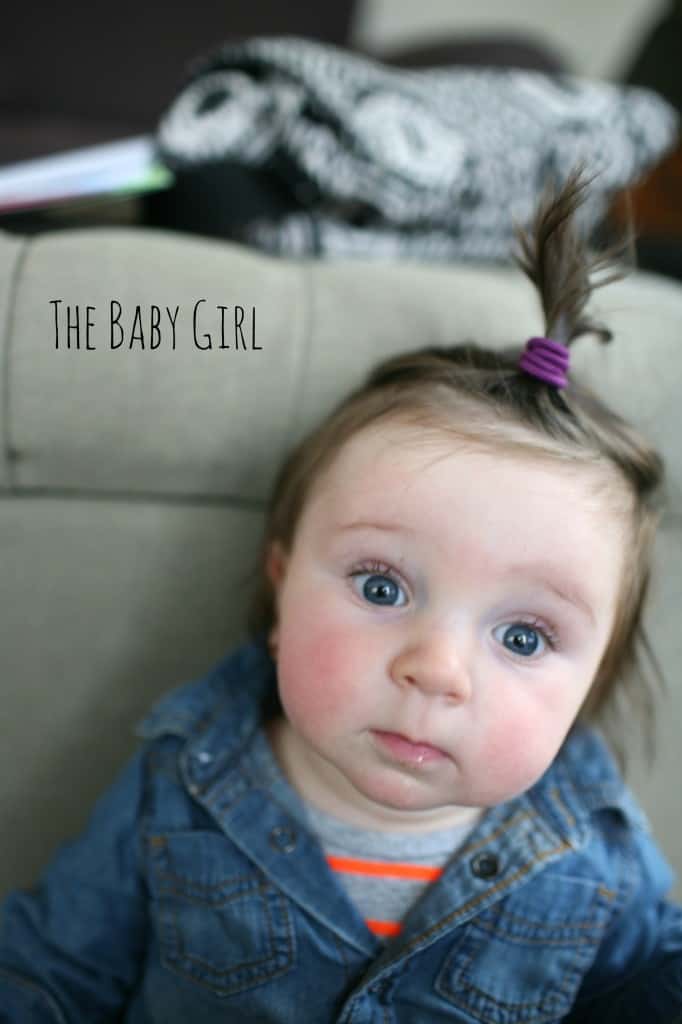 Um, I may be the one responsible for this look. I couldn’t help myself. Brian and Nolan weren’t totally thrilled with me, but COME ON! How cute is Nolan as a little girl?!? Moving on. 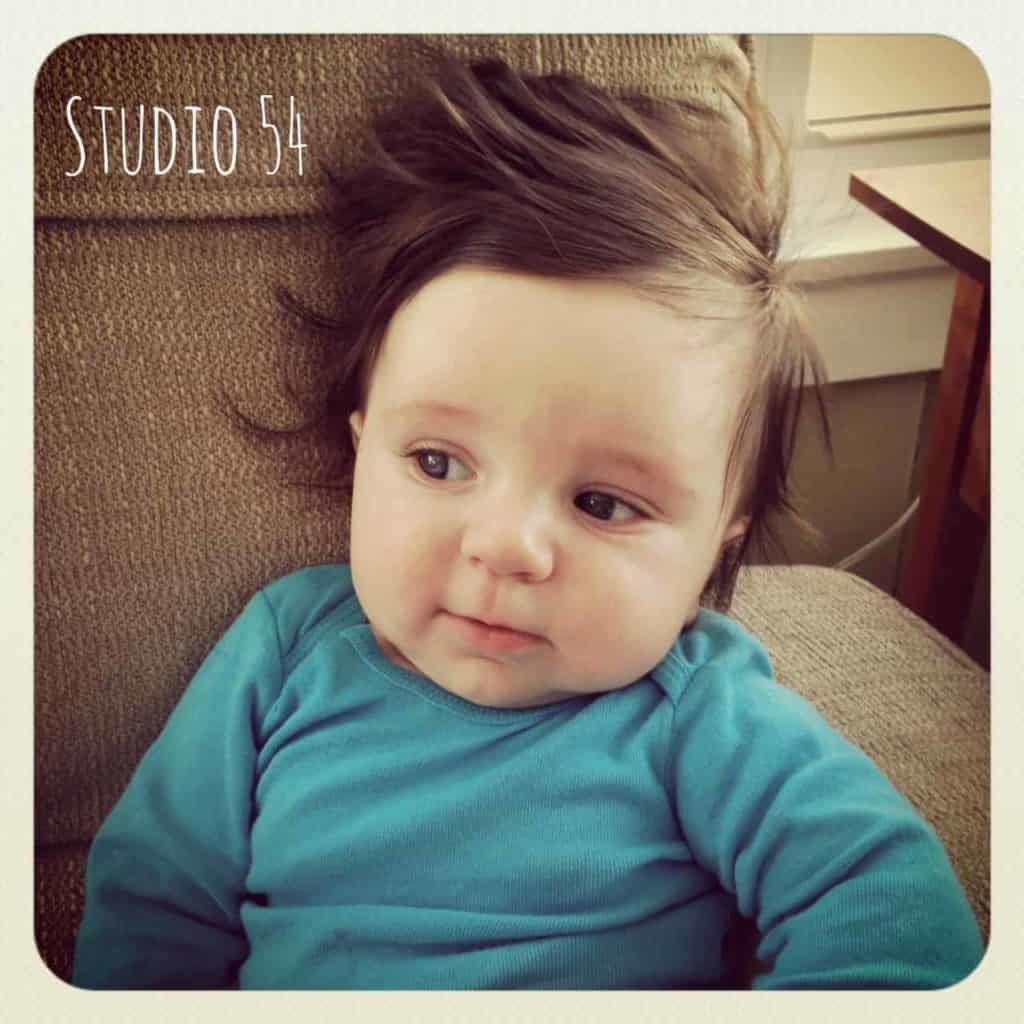 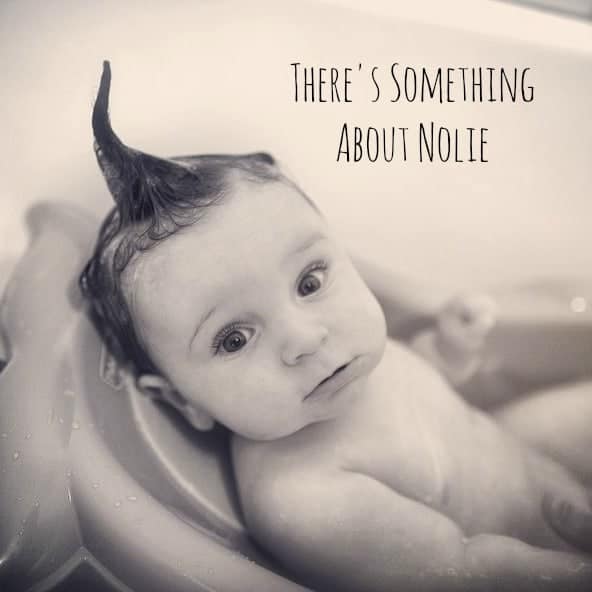 And that, my friends, brings us to the end of this trip down memory lane. Nolan has enjoyed a glorious relationship with his hair during this crucial time in his development. He just recently discovered his toes, and has still not discovered what makes him a boy (if you follow me here), but he has intimately known his hair from the very beginning. As Erin from ‘The Office’ once said “My hair is my home.” I think Nolan feels the same way.

Tomorrow’s post will be a reveal of Nolan’s new look. It’s the blog equivalent of an Oprah makeover spectacular. We hope to leave you, the audience, in tears.

Have a good one, readers.