You are here: Home / All Posts / And the “Baby Street Toughs” Winner Is…..

Wow. What a competition!

While many (naive) people believe that little ones are filled with the light of goodness and purity, those of us who are currently charged with rearing and housing a youngster are well aware that small children are basically glorified street thugs with bowel control problems. They bite, they yell, they throw punches (and feces!) like it’s nobody’s business. They’re also expert mean-muggers.

But how can you really tell who’s the baddest baby on the block? 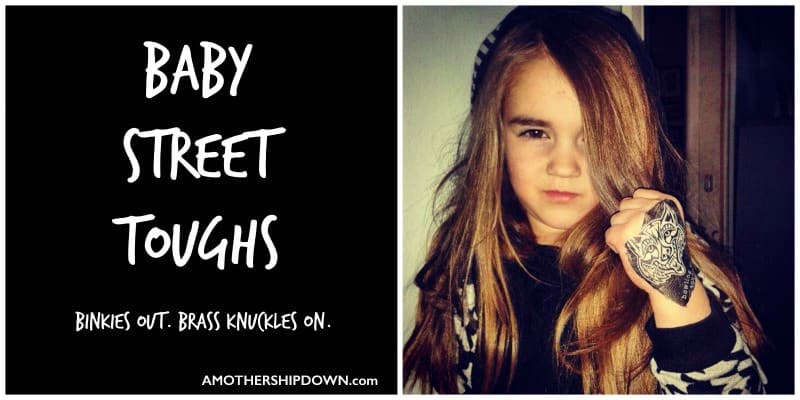 Well, since paring off the children in cage matches is frowned upon (I haven’t actually tried to organize this, but I’m fairly sure of it based on the public’s response to Michael Vick) we had to find another way to crown our winner. We went with the traditional and very legal method of public voting.

Now, before I announce the winners, a few other highlights include: 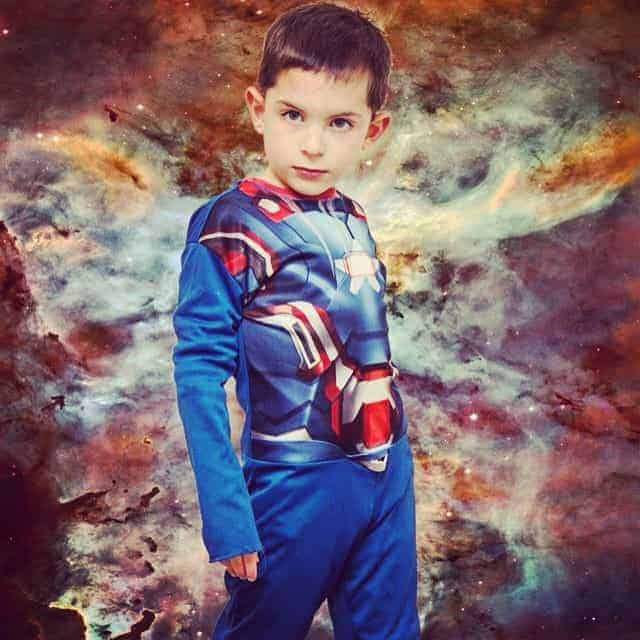 Check this kid out. I picture him at a pool hall in Southie. Some guy across the room owes him money. And he will hunt. him. down. 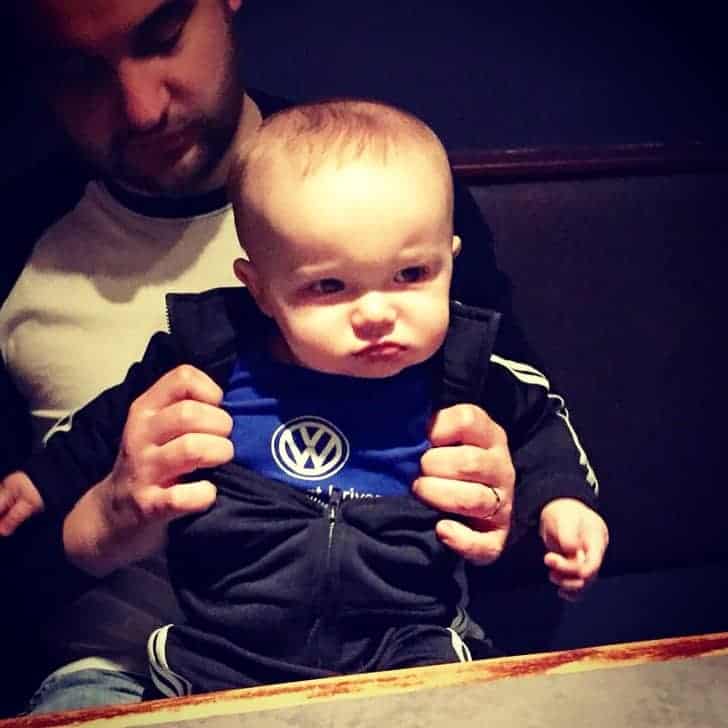 I mean look at him. Does this look like a face you’d want to meet in a dark alley? Ok, kind of it does. It’s a super cute face. 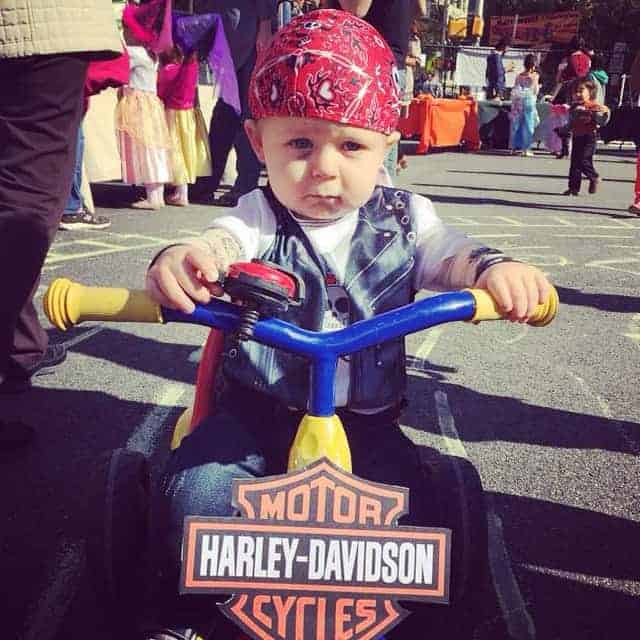 Layla (“Fists Up, Ready to Rumble”)

This kid couldn’t be any tougher if she tried. Ok fine maybe she could lose the flowery headband for slightly more street cred. But only slightly more. 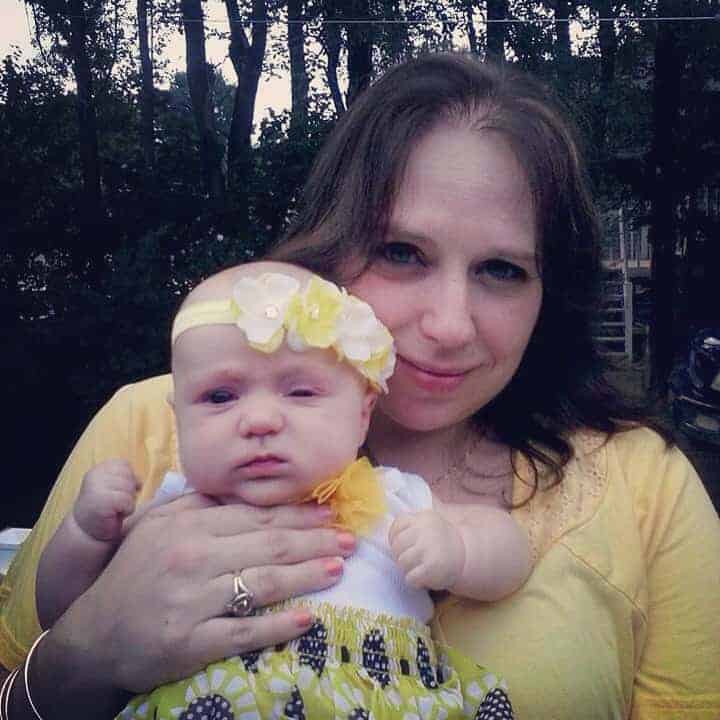 Violet “Why I otta…”

This kid is a natural character actor. Everything about this says “Get me an agent!” 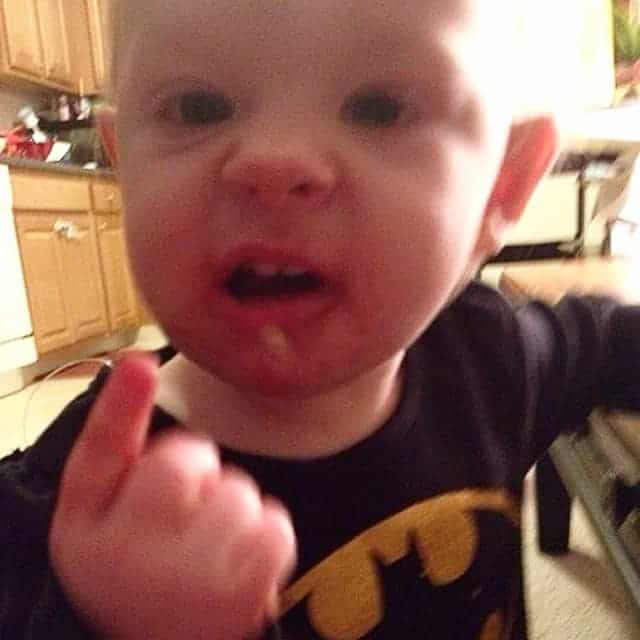 There are so many I love, those are just a few. But now, time to reveal the winners…

Gracie (“You Disgust Me”)

True fear can be instilled in your adversaries through the eyes and the eyes alone. Gracie knows this instinctively. She also intuitively knows how to convey a look of complete and total disgust whilst instilling fear. Unbelievably powerful combo, Gracie. Well done. 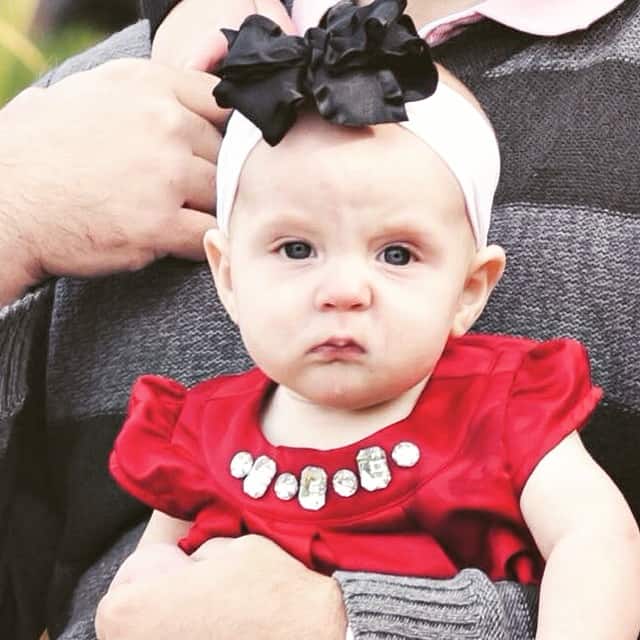 A lot is going on here, though I’m not totally sure what. Did the girls get into a back alley tousle after Frozen on Ice, or perhaps after a Hole concert? Did they run into some thugs while trick or treating? There’s just no telling. Perhaps it’s the mystery of it all that propelled this dynamic duo to the silver medal. 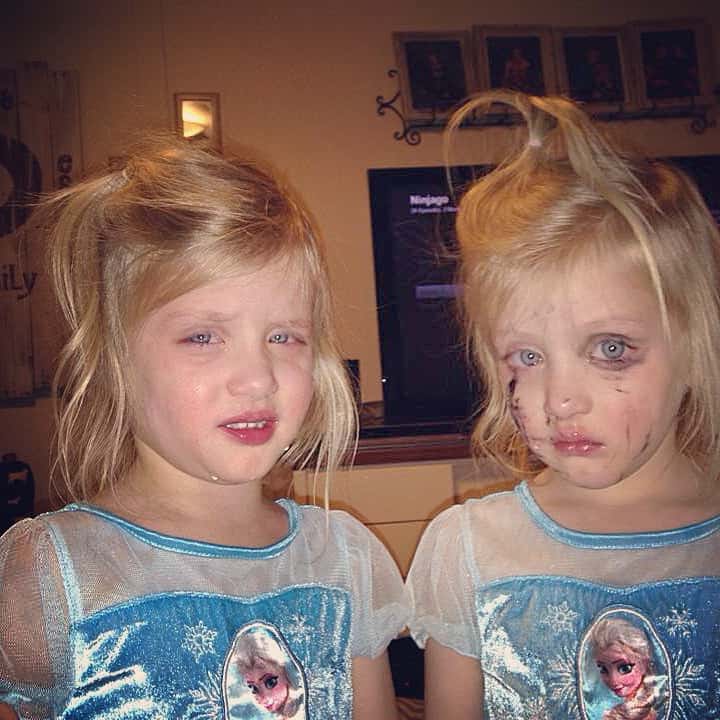 AND THE WINNER OF THE FIRST ANNUAL “BABY STREET TOUGHS” PHOTO CONTEST IS….

This kid BRINGS IT. Pure and simple. Like Gracie, Harper knows how to harness the power of the eyes. But Harper steps it up a notch with a yell and the brandishing of a blankie. That is the sign of a toddler who can handle business. 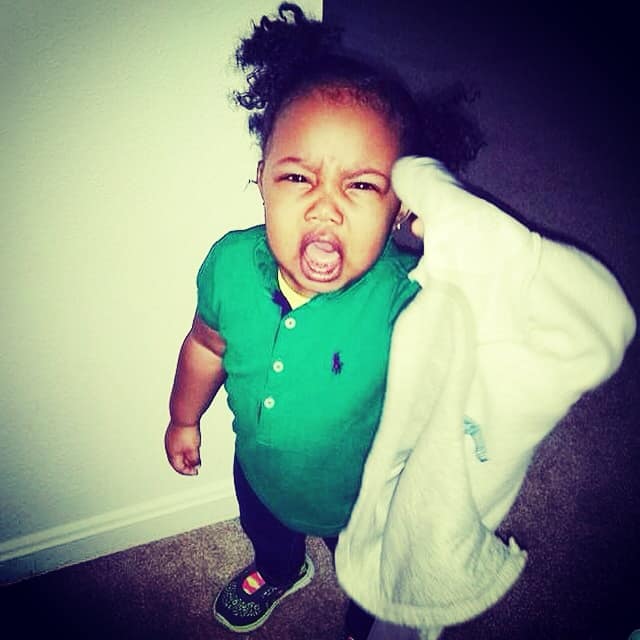 Congratulations to Harper on being crowned as the first ever “Baby Street Tough”! Harper’s mom, I’ll be in touch about your prize, which is a copy of The Honest Toddler: A Child’s Guide to Parenting

. It is one of the funniest books EVER.

Brass Knuckles OFF. Binkies Back In.

« First Annual “Baby Street Toughs” Photo Contest!
To The Parents Who Don’t Feel Like They Can Get It All Done »