×
You are here: Home / All Posts / Disney Countdown is On! Quite Frankly I’m Scared 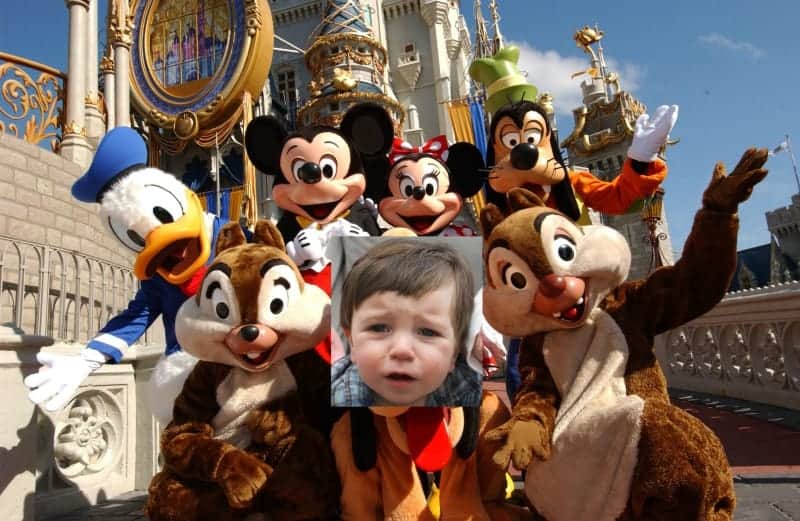 We leave for Disney in T minus 10 days, and the reality that my traveling companion is a toddler intent on fleeing from me like a convict making a run at a prison break is starting to sink in.

The trip is next week, and although my fears are escalating I have not taken this as a call to action to get ready in any way, since I like to play possum and just freeze when I get overwhelmed.

So, to date I have done exactly two things to prepare, which are to buy a baby leash and to cut Nolan’s hair: 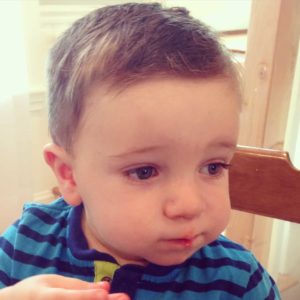 He looks very much like an incontinent marine now, which I’m totally fine with as he’s likely to remain cooler without this situation resting on his head: 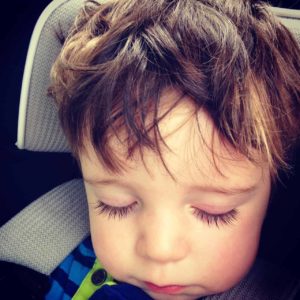 As for the leash? Judge me if you will. I never thought I would put a harness on my child. (But that’s only because I never had a child in need of harnessing before).

I’m going to state the obvious here, but 21 months is not the ideal age to take a child to Disney World. Wide-eyed wonder aside, toddlers are known terrorists. To be frank I’m not entirely sure that Nolan isn’t already on a no-fly list. And yet, we are about to venture forth to that great epicenter where commerce and whimsy collide: the most magical place on Earth, after Target.

Why are we making this trip, you may ask? Simple. Because of FOMO.

I suffer from debilitating FOMO (Fear of Missing Out for the 7-10 of you who are wondering) and Brian’s whole family is making the trip. I had to get in on that action! (Fact: prudence is my worst trait, based on a character assessment I did for my last job). Brian actually is quite prudent, but he’s excited for a vacation with his whole family, which they haven’t done since he was a kid. That excitement overruled his natural prudence.

But really, FOMO is why we’re going on this trip. That and the chance to make memories and yada yada yada.

Two competing forces are happening within me right now:

On the one side, I’m getting excited, because Disney! I love that shit. Don’t even try to tell me Mickey isn’t cool. Mickey is the boss. Mickey and his creepy giant gloved hands are spectacular.

On the other side, I’m taking a toddler to Disney. A toddler who could not successfully be maintained through a 35 minute music class and who behaved like a rabid ferret the other night when we had to wait in a long line.

He was slightly worse than a ferret, even, because people don’t expect ferrets to wait in lines. But I digress.

You know what Disney has besides Mickey and those gorgeous giant hands? Lines! Thousands of lines. Tens of thousands of lines. *I’m making these numbers up. In no way do I represent the board of tourism for Disney.

Also, heat. Florida is HOT in July. So hot that every person I’ve mentioned this trip to has laughed (really, straight up laughed) and said some version of “You’re going to Disney in July? Ha! Good luck!” 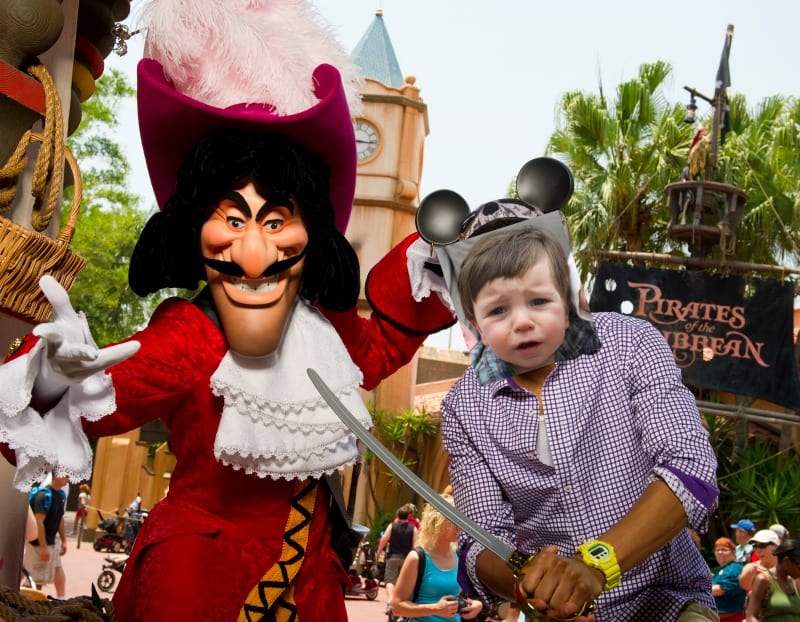 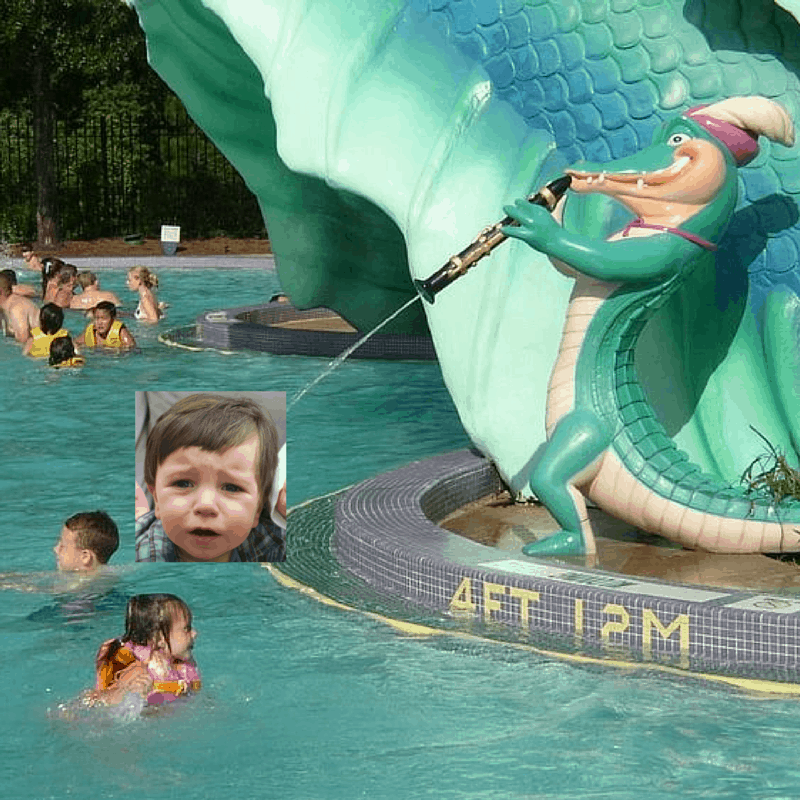 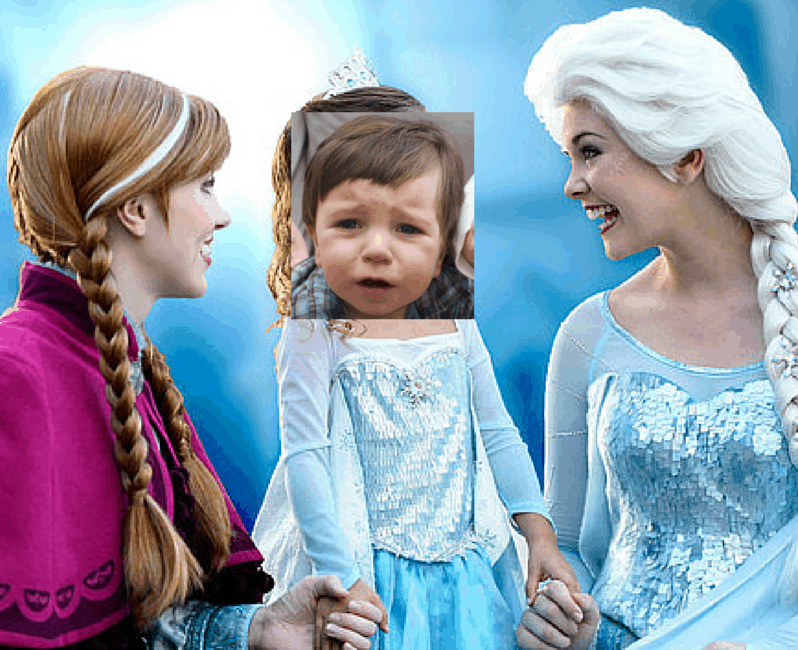 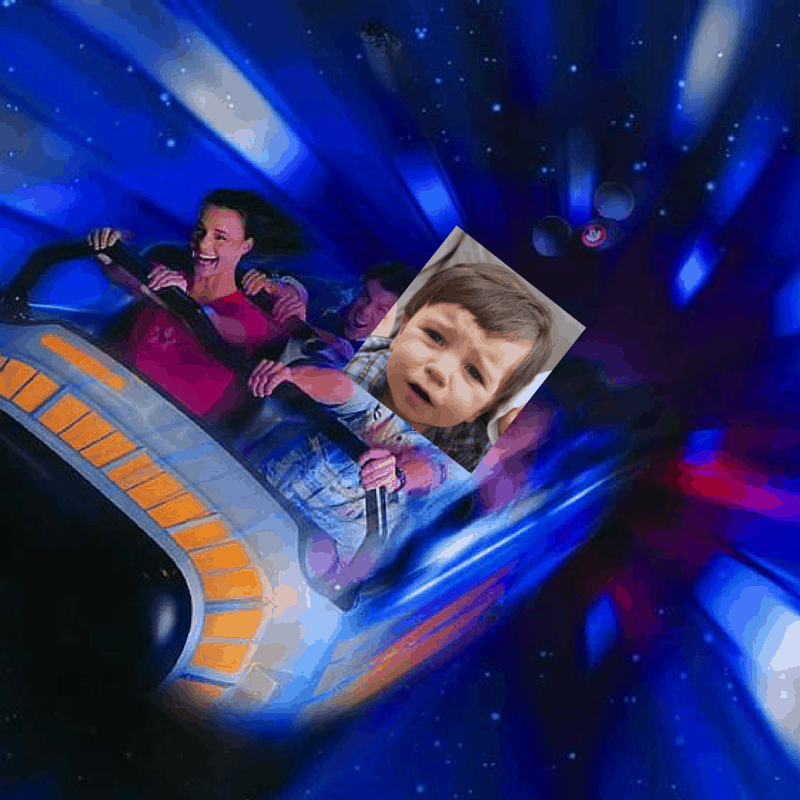 There is some talk in the Faria family of getting a Disney “Memory Maker” add-on whereby the Disney photographers capture all the glory of your trip for you, but I think we’re good. This post is already full of frame-worthy images and we’re not even there yet.

Suggestions for this trip? I would particularly love tips on what to pack! And suggestions about subduing a toddler on a flight. And tips on how to stop a toddler tantrum in the heart of Epcot. And on what to do if Mickey tries to hold your toddler and your toddler tears off the character head and exposes Mickey for a human teenage intern.

But mostly on what to pack.