×
You are here: Home / All Posts / For As Long As I Can Remember 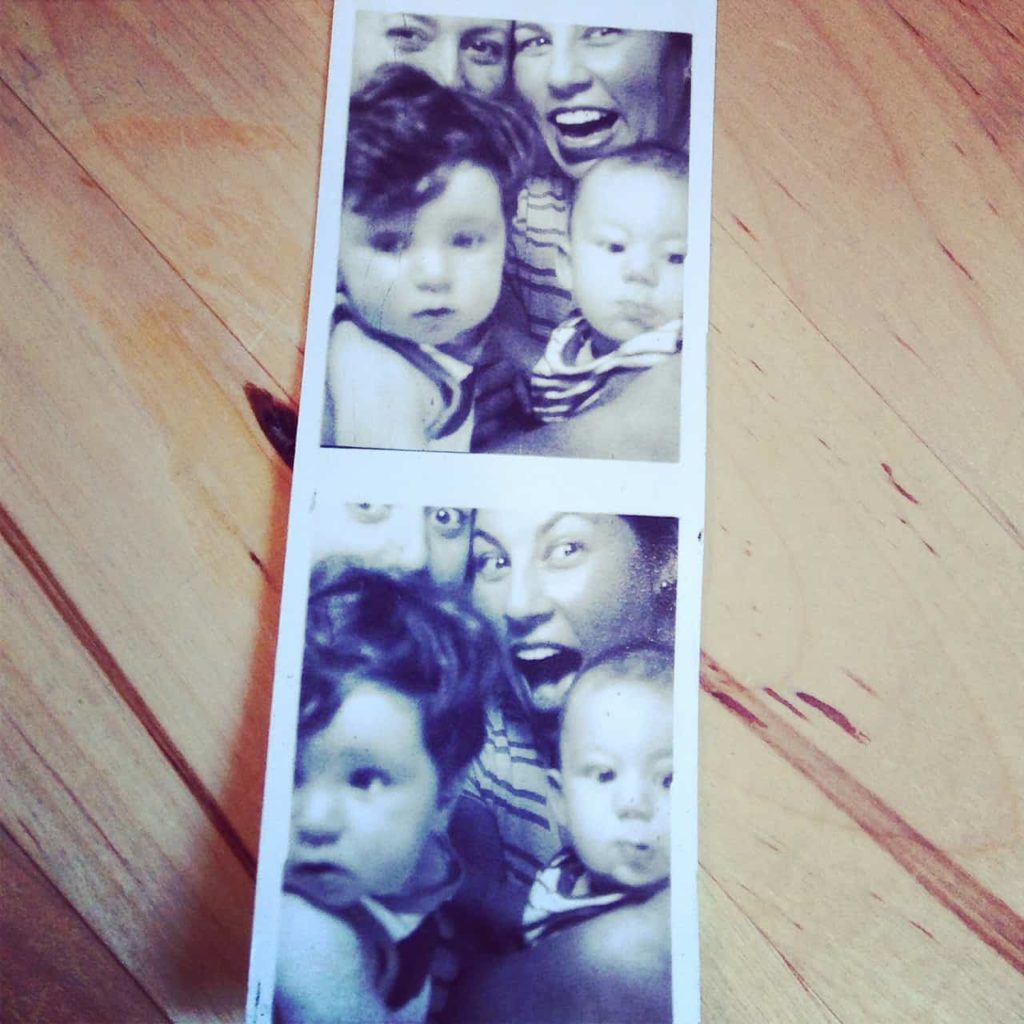 You know what’s really cool when you have a baby? Tax deductions, obviously. Also? Introducing your baby to things that you think are really cool. Remember, your baby doesn’t have a mind of his own (note: he does *technically* have a mind of his own, but lets be honest, you still have the upper hand for another year or so, depending on how smart your baby is and your own intelligence level). This means that you can (and should!) expose your child to the places and things that you’d ideally want to imprint into his tiny malleable brain in the hopes that the imprinting will be strong enough that he’ll think these interests are his own. This is called parenting.

Enjoy knitting? Give your baby needles and some yarn and see how it goes. Except don’t give your baby needles, just yarn. Glad I caught that one. Football fan? Fill your minivan with official team onesies and make your baby a walking billboard for the Patriots. Go nuts. It’s your prerogative, remember? Your baby will someday say, “I’ve been a Patriots fan for as long as I can remember. From before I was born.” And it will seem sweet and sort of old-timey, and it will be endearing so people won’t make note of the brainwashing that took place to achieve this effect. It’s called tradition, folks.

When I was growing up, my cousins would visit from Connecticut a few times a year. The crowning glory of each visit was a trip to Salem Willows, a park and arcade that’s been around since the mid 1880’s, located in Salem, MA. For those of you who aren’t good with history and timelines, that is OLD. I’ve mentioned it before on the blog as it’s the home of America’s first ice cream cone and also of Nolan’s first ice cream cone. Nolan is patriotic that way. 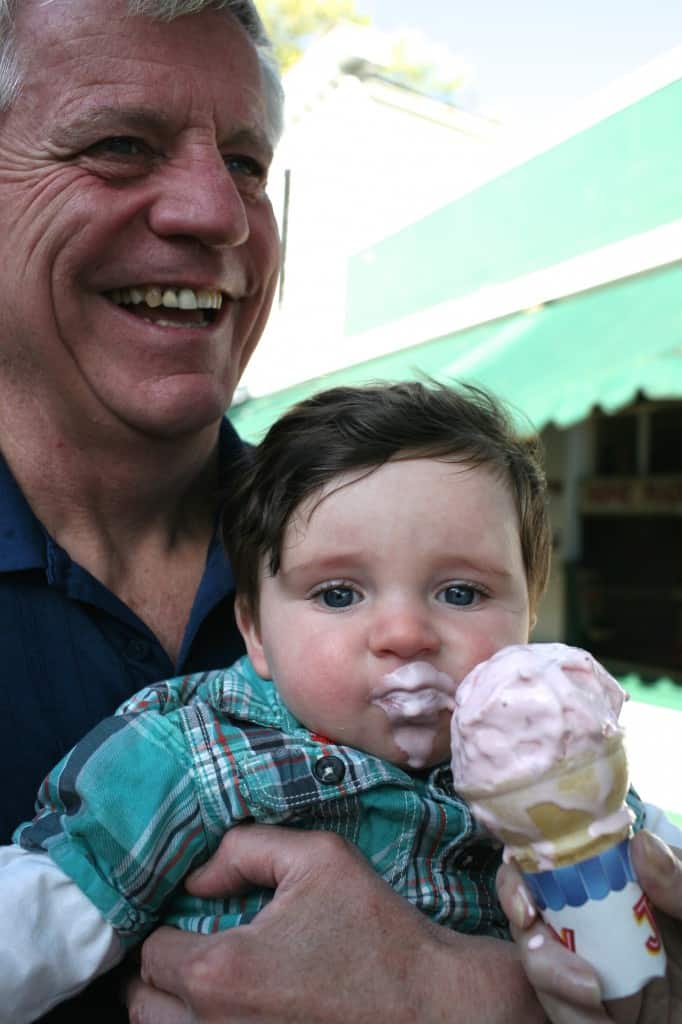 My family has a long history with “The Willows” going back to my great grandmother’s generation and continuing full force to the present. And now I’ll be damned if Nolan does not love that place more than he loves his own hair. This child of mine WILL love the Willows! And it’s important that we start on this early, because to be honest, if you don’t have a long history with the place there is a slight possibility that you will be underwhelmed on your first visit.

In its heyday the Willows had actual amusement park rides, even a roller coaster. The main boulevard was lined with fresh seafood restaurants. The arcade was pristine.

It’s a bit run down now. The bigger rides are long gone. There are a LOT of seagulls trying to steal your shoes. Things are kind of sticky. And the food that is most beloved by my own family and many others, the Tender Steak with Cheese sandwich (from a Chinese restaurant, served in a hamburger bun and wrapped in white paper) may appear suspect to the untrained eye or some particularly strict board of health members. The trained eye knows that it is very, very delicious and made of only the freshest ingredients. Maybe not as fresh as the seafood in days of old, but that’s an unrealistic standard.

And the popcorn. Oh Lord, the popcorn. It’s fantastic. Some might call Hobbs Popcorn the “truffles of the North Shore.” 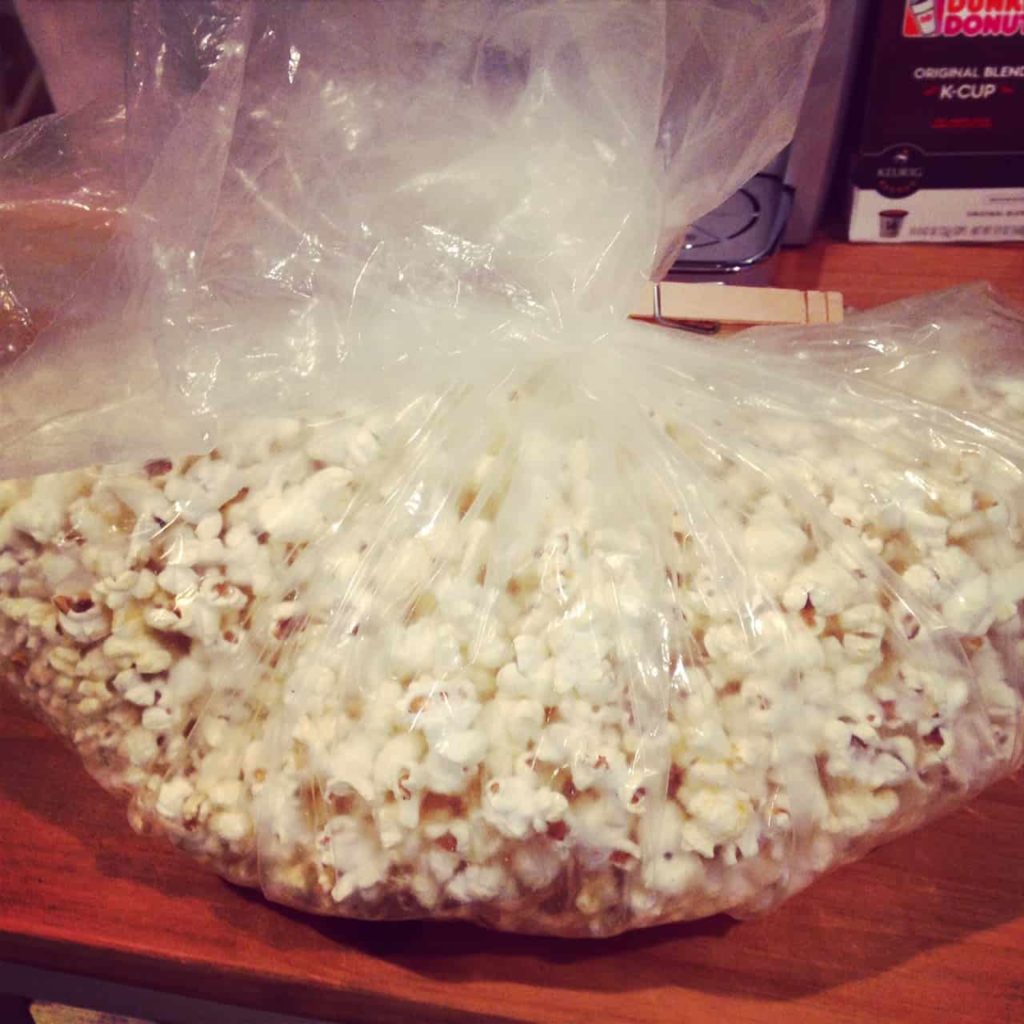 My cousin Lindsay is in town, visiting with her husband Drew and their 4 month old son, Kyle. Lindsday and I didn’t even need to discuss in advance that the main activity of this visit would be a trip to Salem Willows. This was a given. The only real question was whether or not we should barter away our babies for an extra bag of quarters so we could play more skeeball. 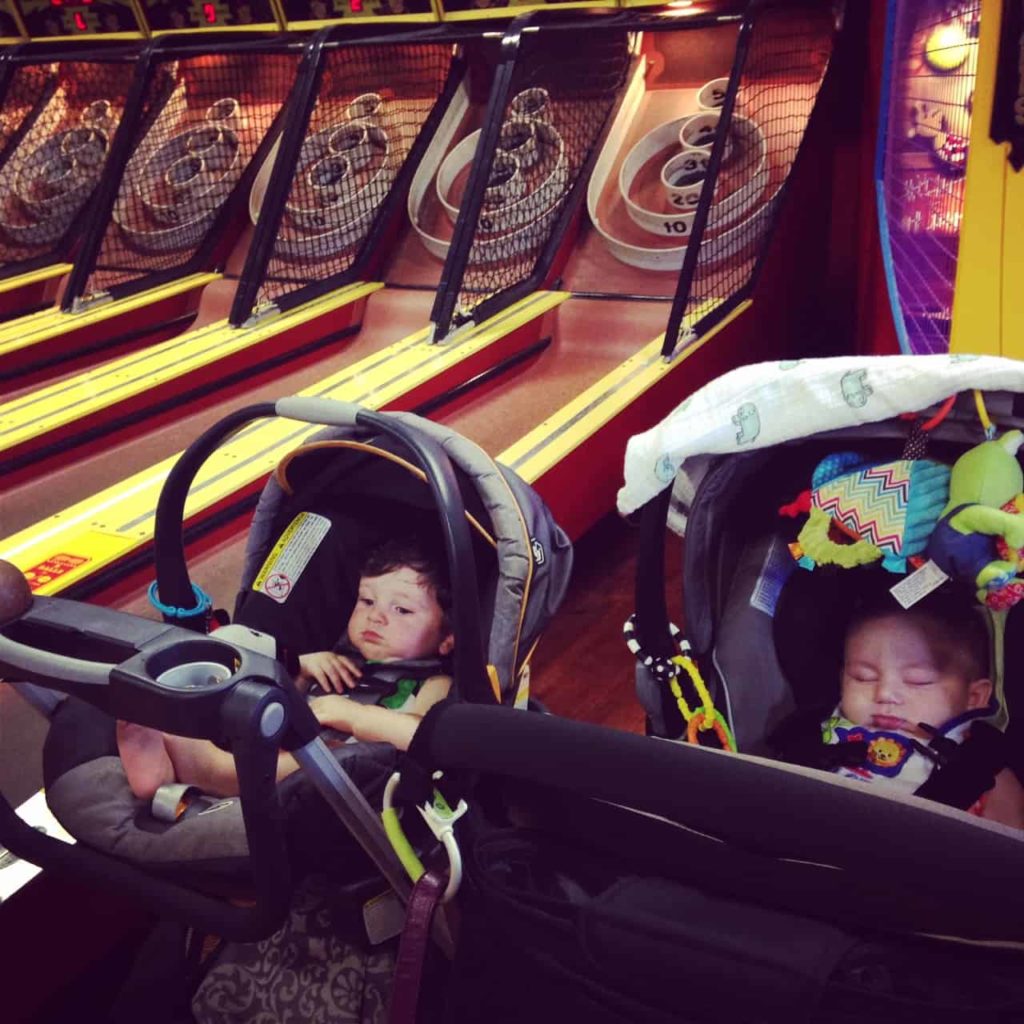 We decided to keep our babies and just change a five dollar bill for quarters instead. As you can see, the kids are having a blast.

As an aside: during my prime years I was quite good at skeeball. Even today I can achieve a high score when everything is working in my favor. During this outing my first ball of the day went BEHIND the skeeball machine, a wild pitch on my part. I lost the ball completely. That has never happened to me in the history of my career, and I’ll admit it rattled me. My final ball of the day resulted in 50 points (that’s the highest), so I was able to walk away with my head held high, yelling “Mama’s still got it!!!”

Post arcade we took the boys to the Merry Go Round, which is a classic. They “loved it!” Ok I have no idea if they loved it. But when they look back at photos from this first cousin outing to the Willows we will tell them that they loved it because revisionist history is cool. I myself loved the idea of it but found the circular motion to be very dizzying. I think I may be getting old. 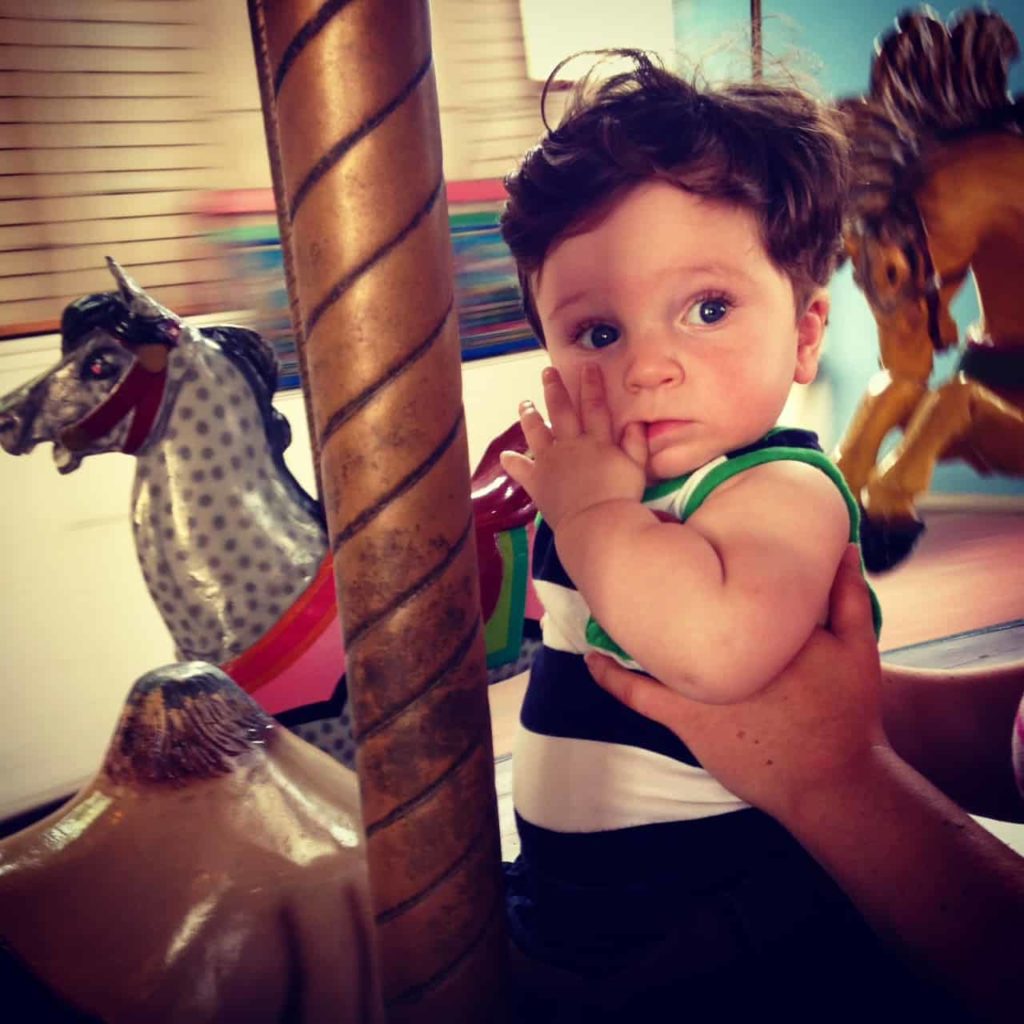 I didn’t notice at the time, but I think that Nolan’s hair rivals the horses mane on the Merry Go Round. Both have the same color and sheen, and yes the horse’s hair is flying a bit higher, but Nolan’s has beautiful volume as well. 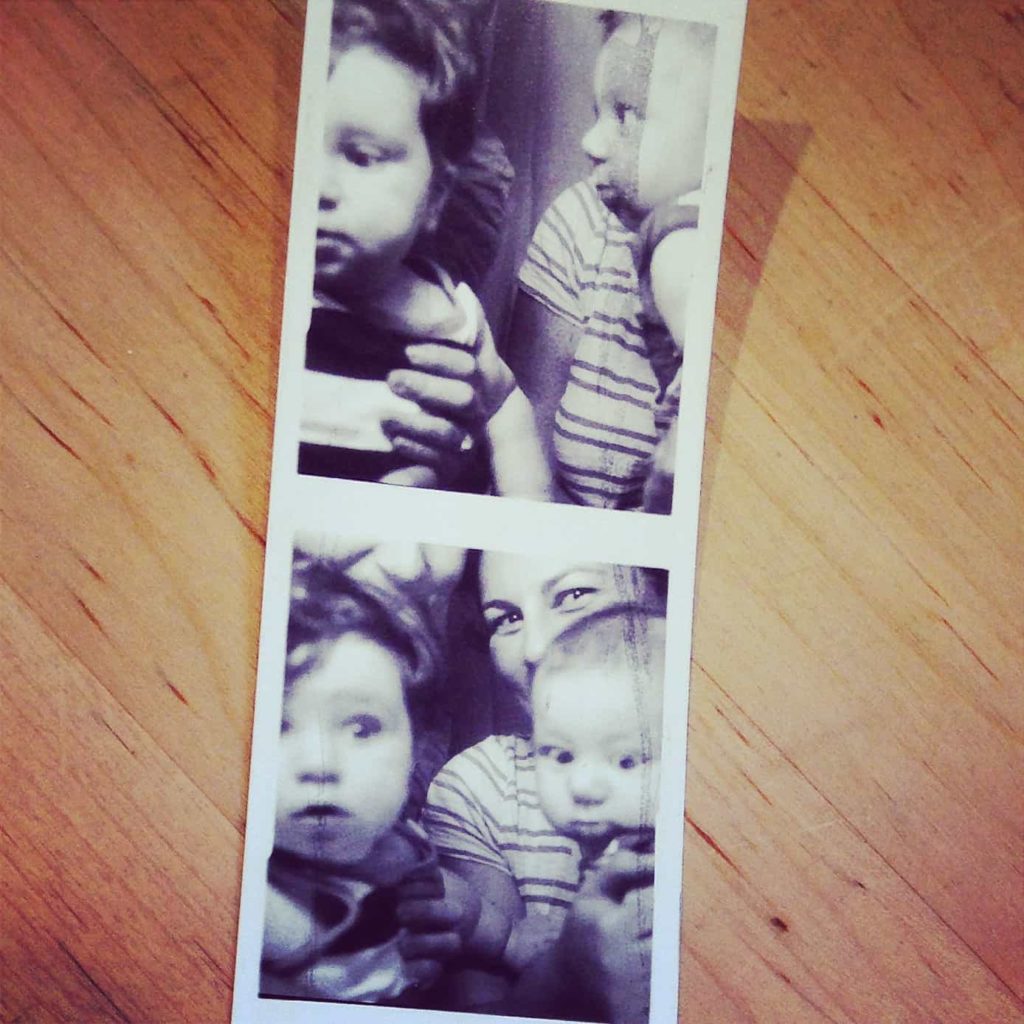 Photo booth fun. I really enjoy the way Kyle is staring at Nolan in the top photo. If they were doing a baby version of Single White Female this might make a nice promotional shot.

We all agreed that we were pleased by our trip, which is to say that Lindsay and I agreed on it and the babies just sat there.

You know what though? When we got back to our street we stopped in to say hello to some neighbors, whose grandson Jonah is visiting from out of state. Nolan and Jonah got to talking, as neighbors do. And I can’t be sure, but I think I overheard Nolan telling baby Jonah about all of the amazing things he saw at the Willows. Jonah gave Nolan a knowing look, as if to say “Nolan, I bet you’ll look back on this someday, with a hint of nostalgia. And if anyone asks when you started going to Salem Willows, you’ll think for a minute and say ‘I’ve been a fan of the Willows for as long as I can remember. From before I was born.’ ” 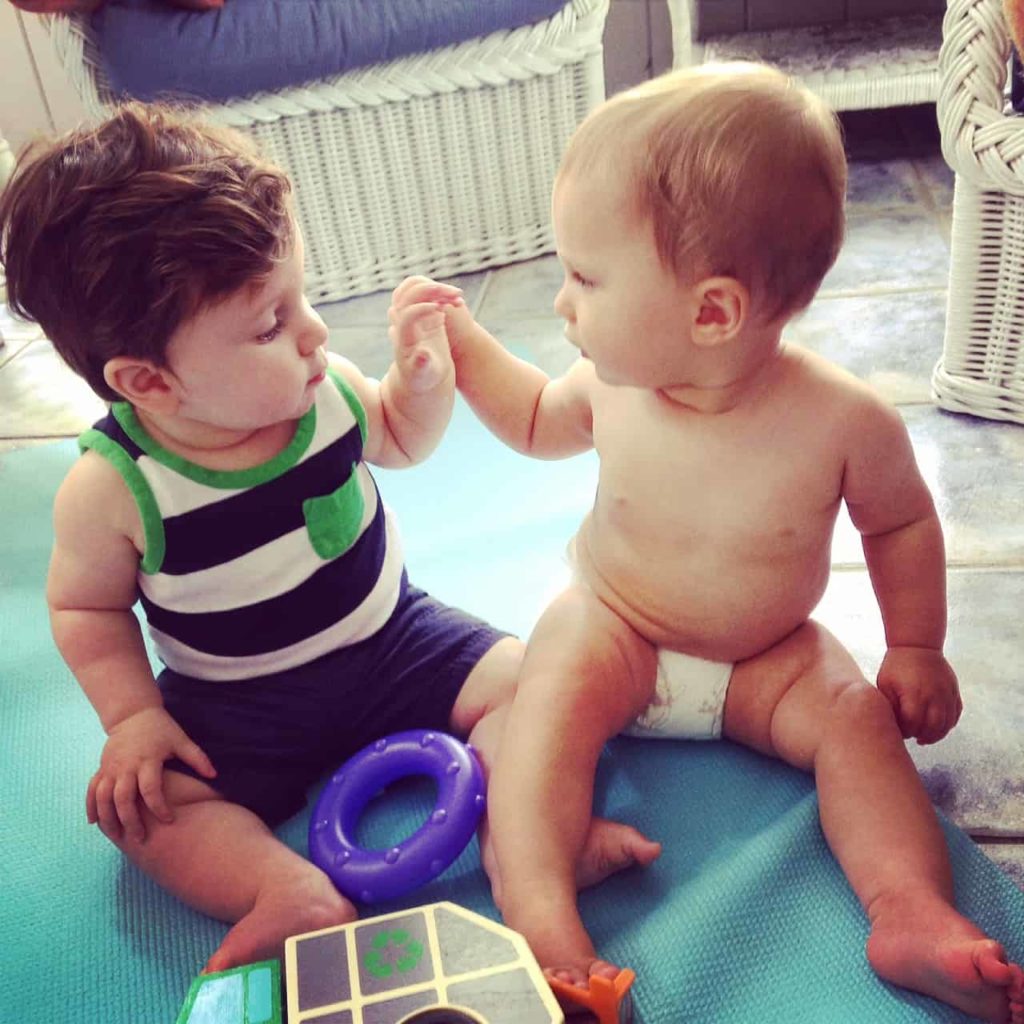 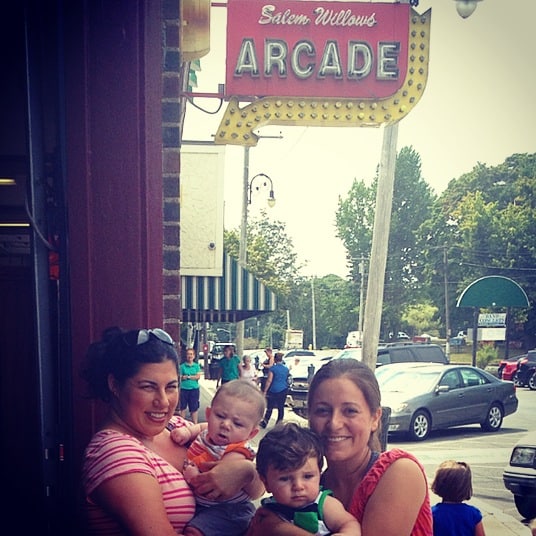 Cousin Lindsay, Kyle, Nolan, and me.