×
You are here: Home / All Posts / The Friday Five 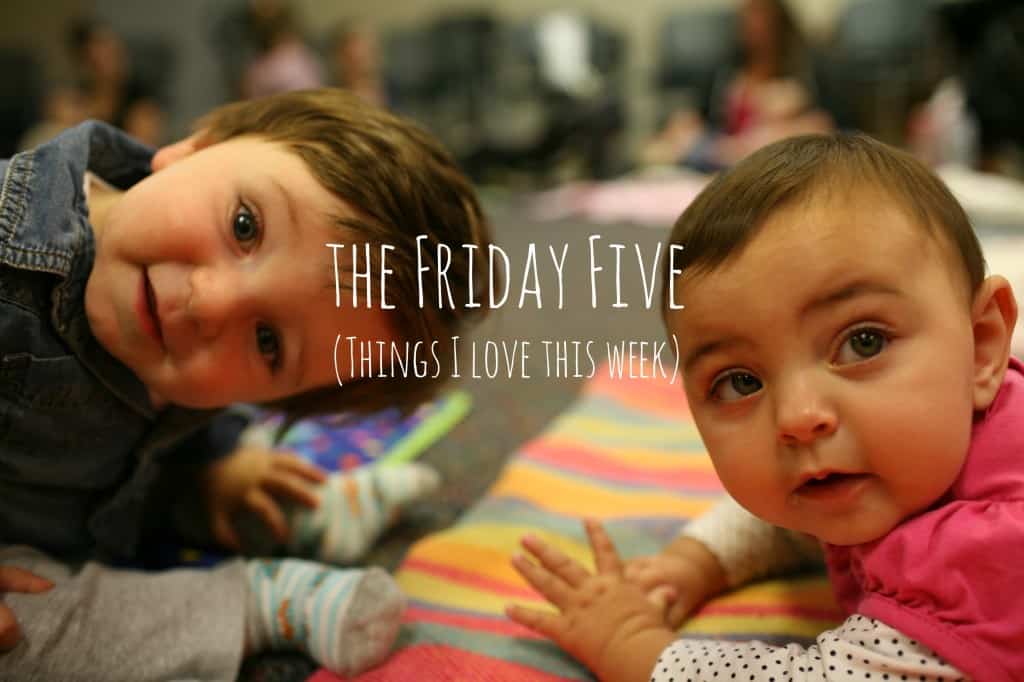 Hello readers! What a strange blogging week. I asked, and you answered (in droves): I SHOULD get fit, YES! My last post, The Battle of the Bulge, resulted in a LOT of concerned citizens of Facebook asking about my BMI and pleading with me to get fit for the sake of not only myself but my unborn (un-conceived!) future child. Wow! I didn’t expect that level of concern. I almost issued a general statement on Facebook stating that:

Now that being said, thank you everyone for your interest in my health and wellness. A number of moms stated that letting myself go between babies is NOT a good plan, and that I will regret it if I do, possibly combusting spontaneously with my next delivery. But then again, reader Cathy advised me to tune into the song “I’m built for comfort, I ain’t built for speed,” and I really like that advice so maybe I’ll just go with Cathy on this one. Too soon to say.

Now onto The Friday Five hot recommendations from this luke-warm mom. 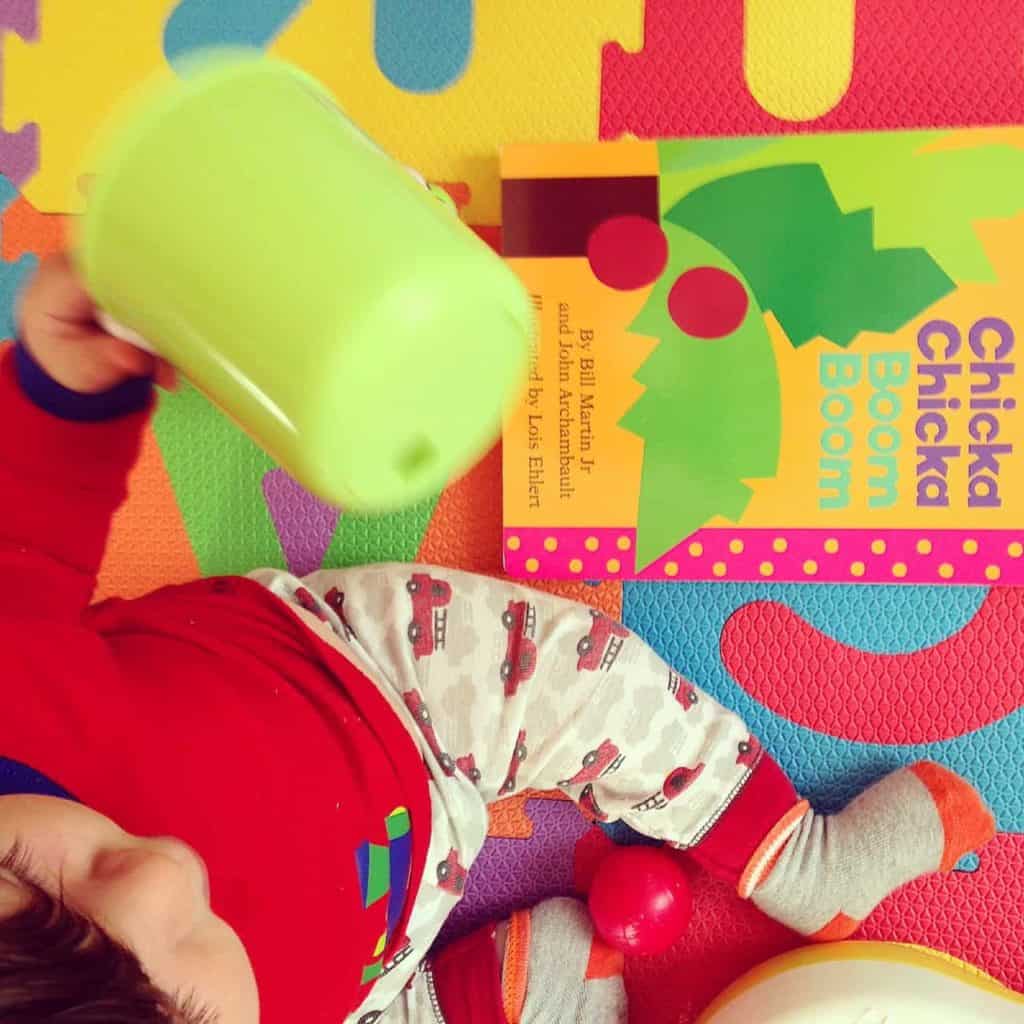 In the past month or so, Nolan has developed a distinct opinion on books. He’ll reject many of them outright (even the classics!) and lunge toward his favorites again and again. He’ll actually start to cry if I put down one of his go-to books in an effort to expand his literary horizons. He will have none of it. What he WILL have? Chicka Chicka Boom Boom. Over. And over. And over.

And you know what? I don’t blame him. I love this book! It really is a “rollicking good time” as advertised. With lines like this, what’s not to like?:

I don’t want to brag, but I liked this book before Nolan even realized it was good. He’s a little slow that way, and I have a keen sense of rhythm. But once Nolan caught on there was no stopping his passion.

Strangely, and I’m just now noticing this, but we have three versions of Chicka Chicka Boom Boom – small, medium and large. This *may* be excessive. The small version is abbreviated, and it holds Nolan’s attention better. Also he prefers to eat the cover on the small version, it seems to fit into his little animal jaws better. The large version is the one I prefer, because I have a better attention span than Nolan, and I don’t eat my books. Again, I don’t mean to brag. 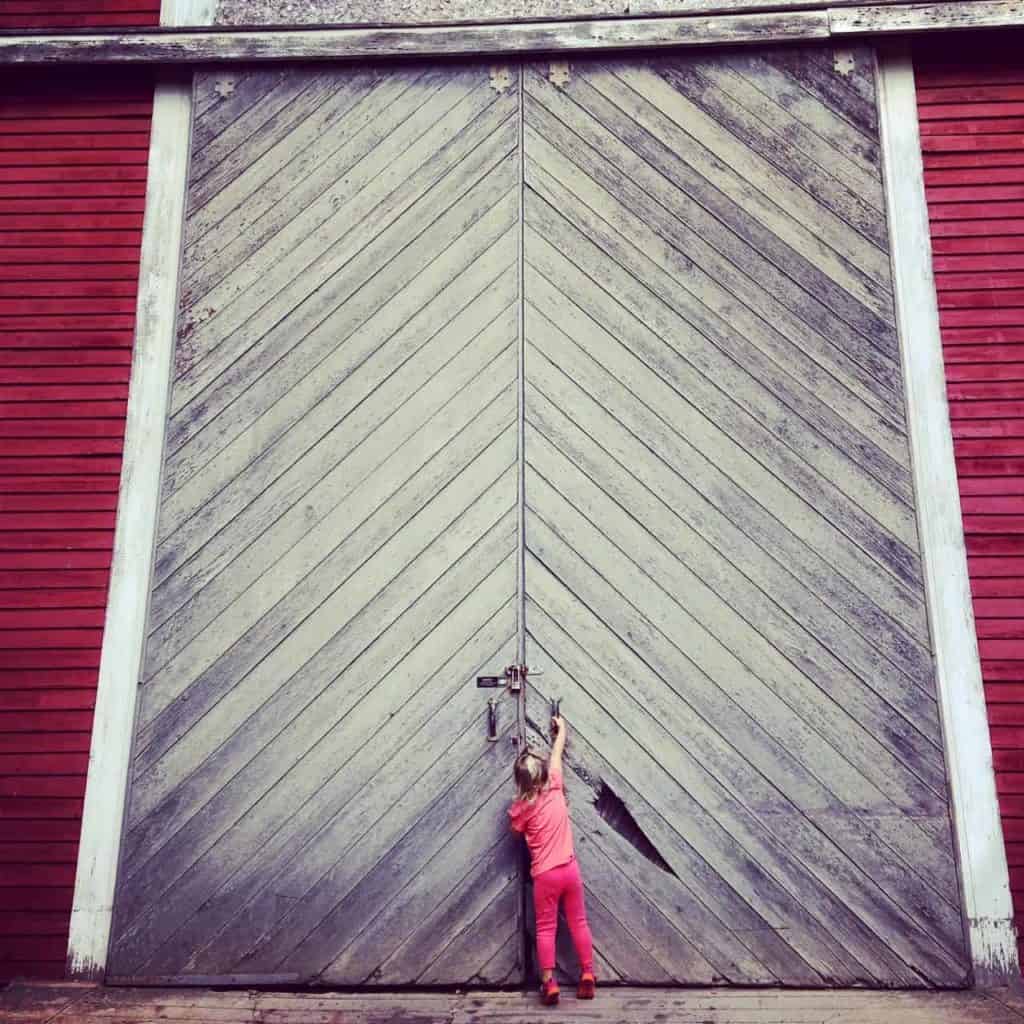 Having a child reacquaints you with barnyard life in unprecedented ways. The emphasis on all things farm-related starts when your baby is a fetus (The “First Word” books are so heavily focused on farm animals that they must have been written by sheep herders). Barn-love continues through the toddler years and beyond, so I’d advise you to accept the inevitable, head to your nearest farm, and have at it. (Note: I’m not entirely sure what “have at it” means here, so improvise as you’d like).

Nolan and I enjoyed a visit to Endicott Park this past week with my friend Jenna and her daughter Evie and newborn baby Nathan. It was lovely, free, and wholesome. And though I don’t always strive for physical fitness I DO always strive to be wholesome. Endicott Park has all of the essentials for wholesome family fun, such as a large mysterious barn, a playground, random barn animals, picnic tables, and a “touching” area where you can feel, with your own two hands, a variety of tools and other farm-y items. If this doesn’t say “we live purely around here” I don’t know what does.

In a few months I’ll take Nolan back and have him touch some livestock and we’ll call it a day. 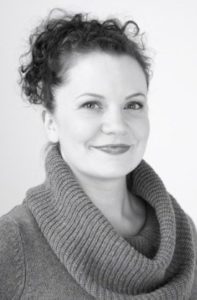 Amy Morrison, “The broad behind the burd.”

Amy Morrison, “the broad behind the burd” of the super popular website Pregnant Chicken has to be one of the friendliest big-time bloggers ever. If you are pregnant, or enjoy thinking about being pregnant, or you hate being pregnant but like to laugh and enjoy chickens, check her out. She claims to love her children more than bacon, which is hard to believe, but if it’s true then good for her!

If you want to learn a little bit about Amy (and to immediately begin liking her, as I did) – read her About Me. She is the type of chicken I’d get into a coop with. Unless that sounds dirty, in which case scratch that and pretend I just said that I’d enjoy meeting her for a beer. 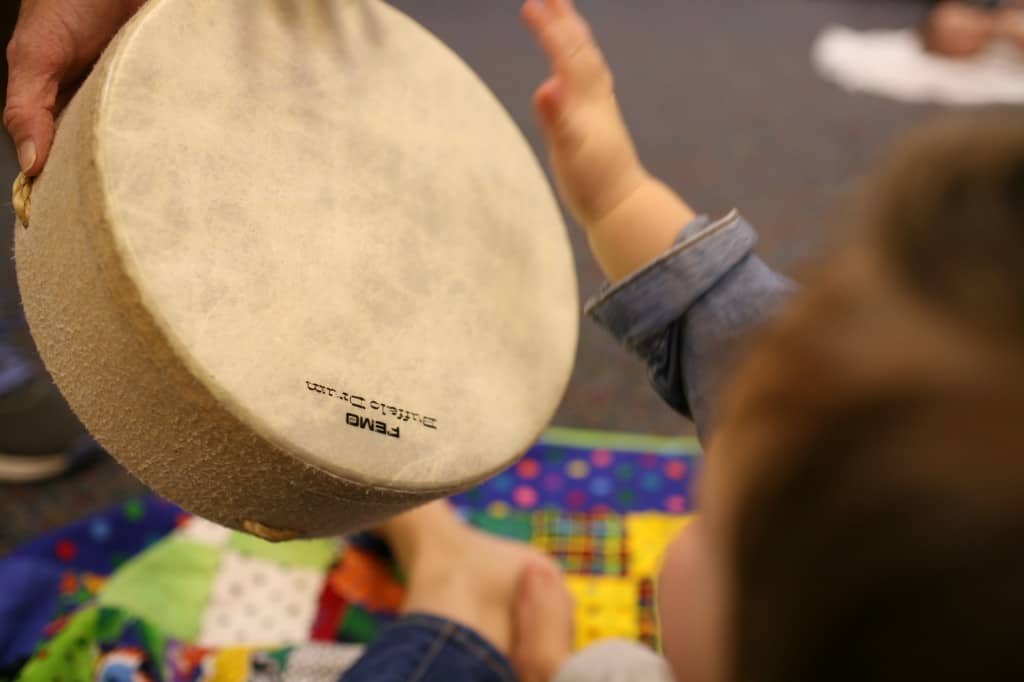 I don’t want to work, I want to play on the drums all day.

I ask you, what’s more delightful than a room full of babies banging on instruments? Many things, actually, but your options for entertainment are limited when you have a child. Nolan took his first Kindermusik class yesterday, and I have to say that he really seemed to dig it! We’re going back today. I really want Nolan to join a boy band, and this seems like the logical place to start. Sure his rhythm is spotty, he can’t hold a tune, and he shits himself. But he has awesome hair, and I’m pretty sure that’s the primary criteria. So Kindermusik here we come!

I’m fairly certain that there’s crack sprinkled in this jungle “gym.” It has the same effect on babies that catnip has on felines, which is to say it makes them lose their flippin’ minds. 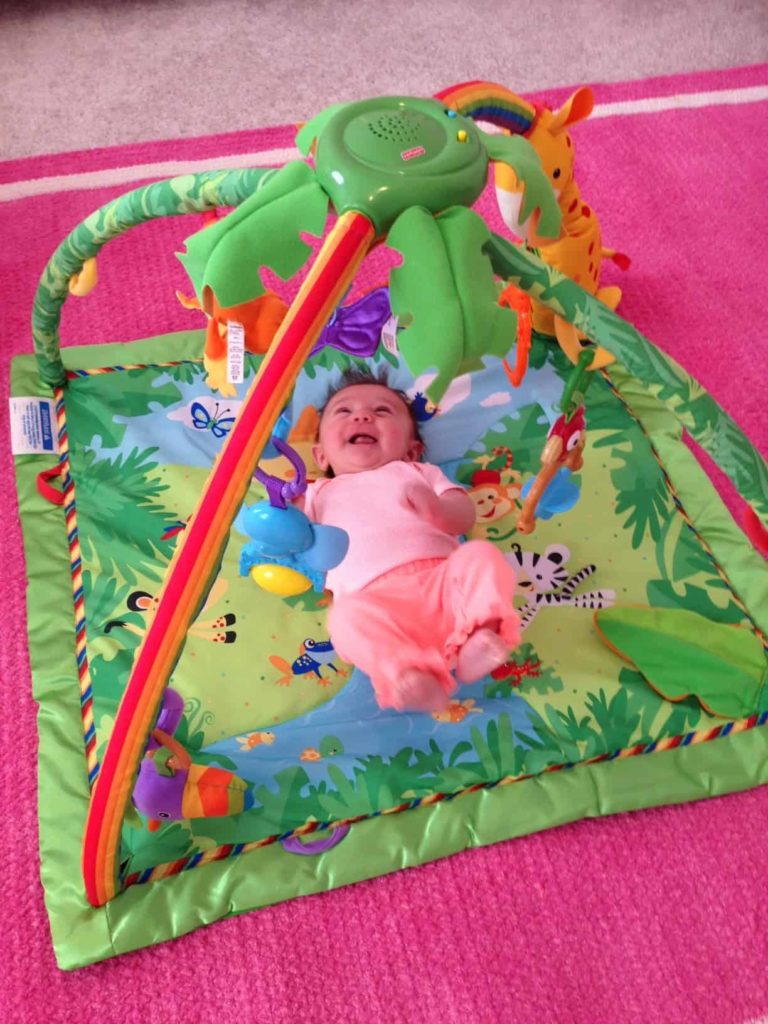 This is Abby, not Nolan, lest there be any confusion. Abby too has magnificent hair.

Abby is Nolan’s little friend, and at nearly three months she is completely in love with the monkey in this crazy-ass rainforest. Nolan was obsessed with the plastic mirror when he was smaller. No, he wasn’t being vain – he just liked to repeatedly bang the non-reflective side into the ground in some sort of primitive chant. Seriously, this home “gym” provided Nolan with hours of entertainment as a newborn, and if you have a baby who can’t sit up yet I would get one STAT. You can’t live at a farm, after all, and a jungle mat is the next closest thing to nature. Also it’s called a “gym” so if people accuse your family of being unfit you can just say “we spent the morning at the gym.”