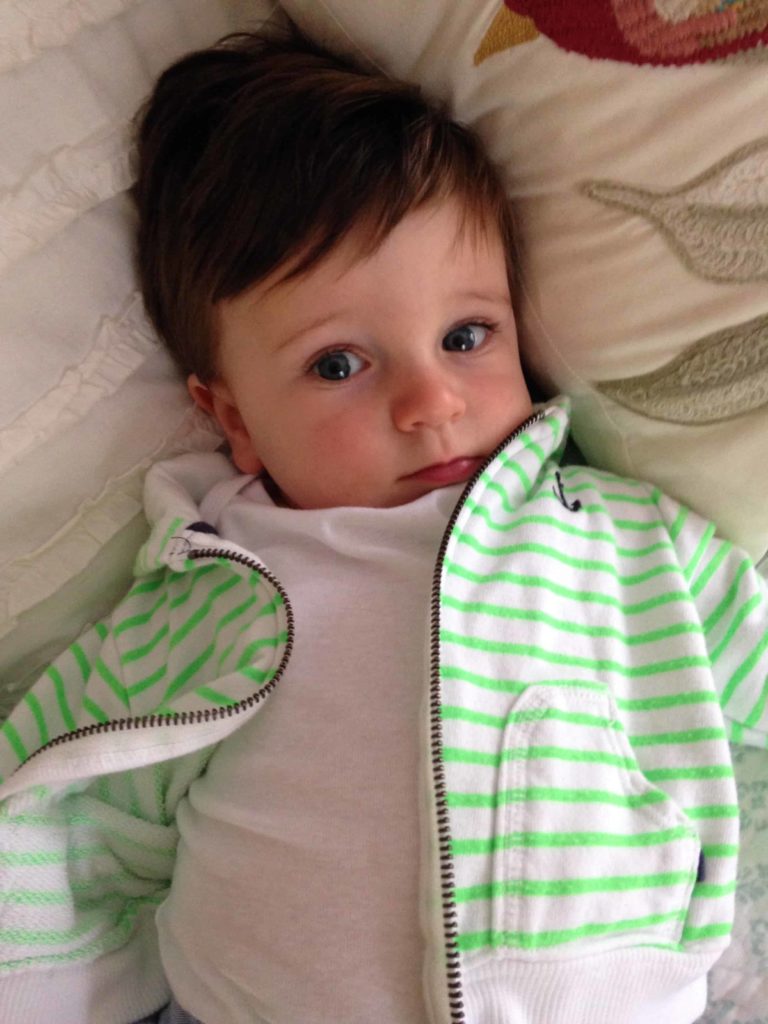 I’m not going to take my vaccinations well. Fact.

So, Nolan just had his one year physical, and I’m pleased to announce that he is officially no longer a pork chop.

He is a lean cut of beef. A svelte porpoise. A low fat chicken breast.

Although it seems that this message hasn’t reached everyone yet, since just yesterday his 4 year old friend Jack said to me, “You know why Nolan looks so fat? He doesn’t exercise.” True that, Jack. That kid has been keeping it real since 2010.

Anyway, let the official record show that Nolan is now long and lean (35th percentile weight and 70th for height! Or something like that. I didn’t write it down because I’m not the kind of mom who records such things. All I know is we’re headed to H&M to buy some baby-boy skinny jeans this afternoon).

For those of you who have joined this blog more recently, here’s the physical progression we’re talking about: 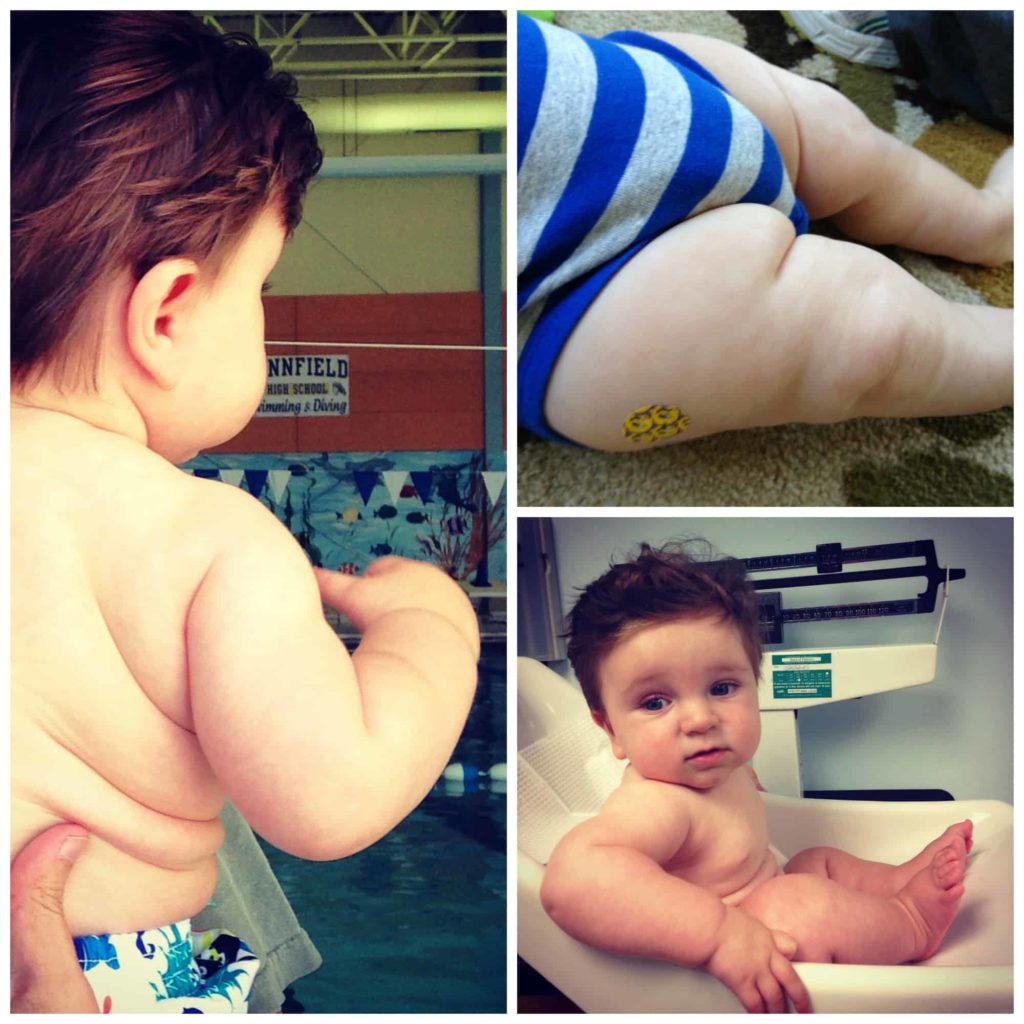 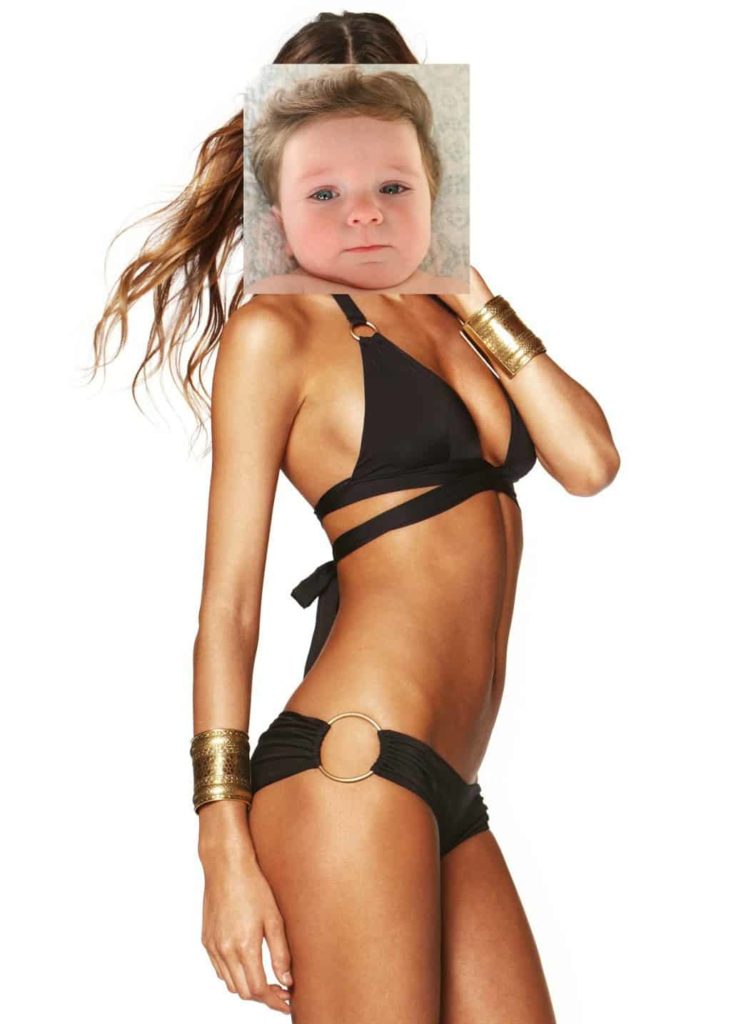 Nolan in his current glory.

I think you see the metamorphosis.

All of this is preamble to what I’m really here to talk about, which is urine. And before I get into the specific urine that is the topic of today’s post, I’d like to tell you about some historical urine from my girlhood.

As a child I was prone to epic fits of laughter (some may say maniacal laughter), and like loose-sphinctered women everywhere, pee all over myself when the laughter became too great to contain inside my body.

Sometimes the laughs would wash over me so hard that they spilled right out and down my legs.

This problem was especially pronounced whenever I visited my friend Mary. Mary was a riot and would make me laugh so hard that I would predictably pee through my pants during almost every visit to her house, so much so that my mom would line the backseat of our car with newspapers so that I wouldn’t soak the seats when she picked me up.

This was protocol throughout elementary school, much like a hazmat suit for our station wagon.

I’d been looking forward to getting Nolan’s updated body stats, but didn’t account for the fact that shots would be administered. Now, in the past Nolan has done fine with getting his shots, but those were during the days of his extra padding, which I think lessened the blow. Svelte Nolan and needles had never met before.

Turns out it’s not a pretty merger.

I generally like Nolan’s pediatrician, and so I don’t say this to be a complainer, but watching the nurse try to wrangle Nolan for shots was like watching a drunk and legally blind hobbit try to rope a calf using only yarn.

This is to say, it was ineffective.

And not only was Nolan getting shots, but blood was also being drawn for reasons that I can’t now recall but which I assume has something to do with cloning him for his hair.

Getting the blood drawn proved particularly challenging because it requires stillness, and there was nothing still about Nolan in this scenario.

The nurse and I both agreed that things would go better if Nolan was on my lap, and so I stripped him down to his diaper and perched him on my leg. There we were, a modern day Madonna and Child, if Madonna was sweating bullets while her child was behaving like a captive beaver on steroids.

Turns out that Nolan is a bleeder, big time. The second the needle pierced that delicate baby skin he started to flail, blood splatting onto the both of us.

Well, this I did not expect.

Eventually I managed to secure Nolan on my lap for long enough for the nurse to get the DNA she needed for the hair clone, when suddenly a feeling of warmth washed over me.

Was it the warmth of my affection for my first born, perhaps? Initially it was hard to say. And then that warmth became wet, and then I realized that the warmth I was feeling was actually the feel of Nolan’s urine flowing straight out the side of his diaper and all over my leg.

It was like I was back at Mary’s house, minus the laughter.

I must have blacked out for a minute during this madness, because while I don’t remember transferring Nolan to the exam table, I clearly saw a blood laced crime scene on the table after the fact.

So there we were, my little Nolie and me, covered in an expanding array of bodily fluids while the nurse said something about most babies taking this better.

I’ll bring along a different baby next time. 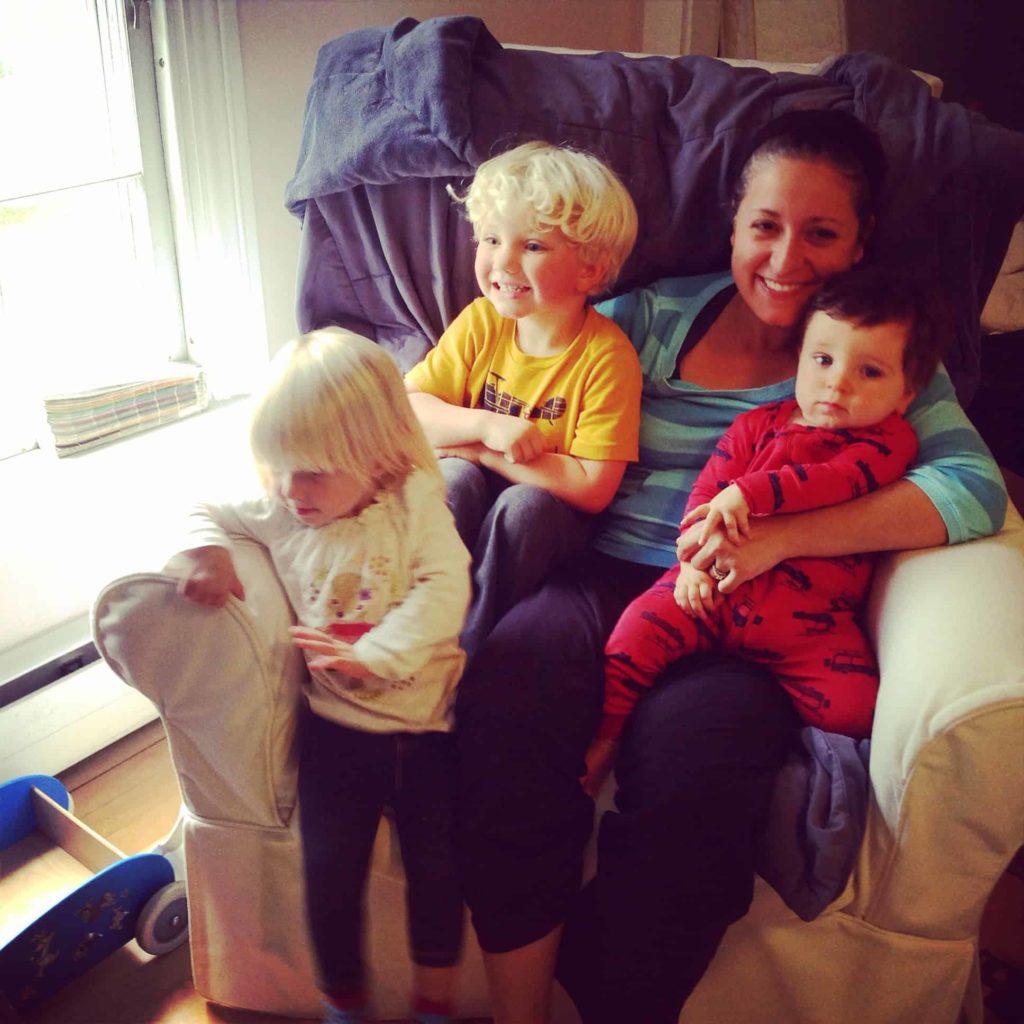 Kate, Jack, Nolan and me post-shots. I like that I can count on Jack to tell me the truth about Nolan’s BMI.