×
You are here: Home / All Posts / My Fire Alarms Are Trying To Embarrass Me And Quite Frankly I Don’t Appreciate It

This past week we had out of town guests. My college roommate Linda and her family were planning on arriving on the early side, leaving Long Island at 5:00 a.m. I needed to be ready for their arrival by about 10:00 a.m.

It seemed to me that I should easily be able to prepare myself and Nolan, as we were traveling nowhere at all, to be ready by that time. I mean, my friends would be waking up at the crack of dawn to feed, dress, and pack up three children under the age of eight and transporting them across state lines. They would be held up at rest stops. There would be the requisite bathroom breaks. Commuter traffic would be an issue for sure.

I would be responsible for getting one child from the second floor to the first floor of my own house. Clearly I could manage this.

Except clearly I could not, because at 10:00 a.m. I was still undressed and soaking wet, and it was not me but several firemen who welcomed my friends into the house. 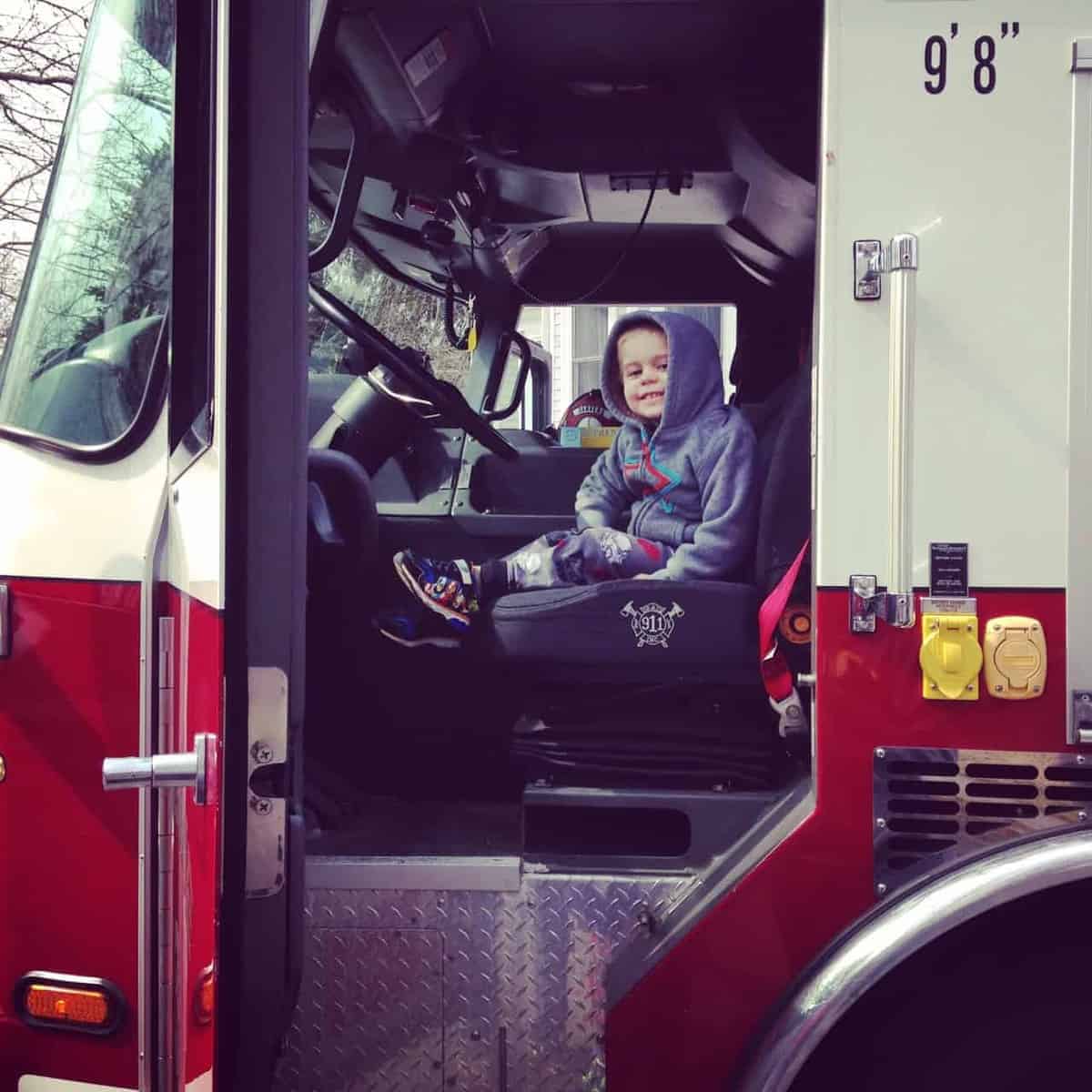 Let me back up and summarize:

You know that feeling when you’re flapping around like a frantic, caged bird who can’t figure out how to get set free? And all that flapping is really nobody’s fault but your own because a prepared bird wouldn’t have waited to the very last minute to figure out how to open the cage?

A bird who can’t get my shit together.

This time it was not entirely my fault. It was also the fault of my possessed fire alarms, which go off at random times screaming “EVACUATE! EVACUATE!” in a particularly unpleasant automated voice, even when there is clearly no smoke let alone a fire.

Which is exactly what happened to me after being in the shower for just long enough to coat myself with a layer of soap but not nearly long enough to rinse it off. Our crazy-ass alarm system, which seems to be triggered by nothing but its imagination, went off full force. Nolan is terrified of the alarm (which is hard-wired to trigger every other alarm in the entire house, creating an awesome surround sound of bedlam). Nolan and the alarm were screaming in tandem, and quite frankly I panicked.

First I called Brian at work because obviously Brian has superpowers. And then when Brian was all “Lizzie I’m in a meeting and also I don’t have superpowers” I panicked even more, running to my car still soaking wet and with no underwear on, while my frantic flailing beaver-baby tried to break free from my arms. And then, once in the car, I decided to go to Dunks to grab a coffee because screw it, what else could I do?

So by the time I got back with my coffee (medium iced, extra milk, two sugars please) the alarms had stopped. And I thought, ok, we are in a major time crunch but I’ve got this. So I situated Nolan and jumped back into the shower and re-started the soap-up process and oh you have got to be f&%#ing kidding me the alarms are going off AGAIN!

And this is when I had to assess whether it is ever appropriate to ignore your screaming alarms and screaming baby and continue to rinse out your hair because you know that there is no stupid fire and you can’t imagine running out of the house in this crazed state again so soon.

It was a quick rinse, and the alarms and Nolan were still going off when I was done, and so I was forced to flee for a second time, albeit with cleaner hair. This time I called the fire department instead of Brian, because unlike Brian the fire department does have superpowers.

The fire department arrived moments before my friends.

And so this is how Zach, Liam and Luke were welcomed to my house:

Please look past Nolan’s lack of socks and ill-fitting sweats. Remember we were fleeing our home. But while you’re at it, please DO notice his “Crazy-Hair Don’t Care” t-shirt.

I like to think I set this up intentionally, so that my little friends could have the experience of meeting real firefighters and boarding a real firetruck.

That would have been awesome of me. 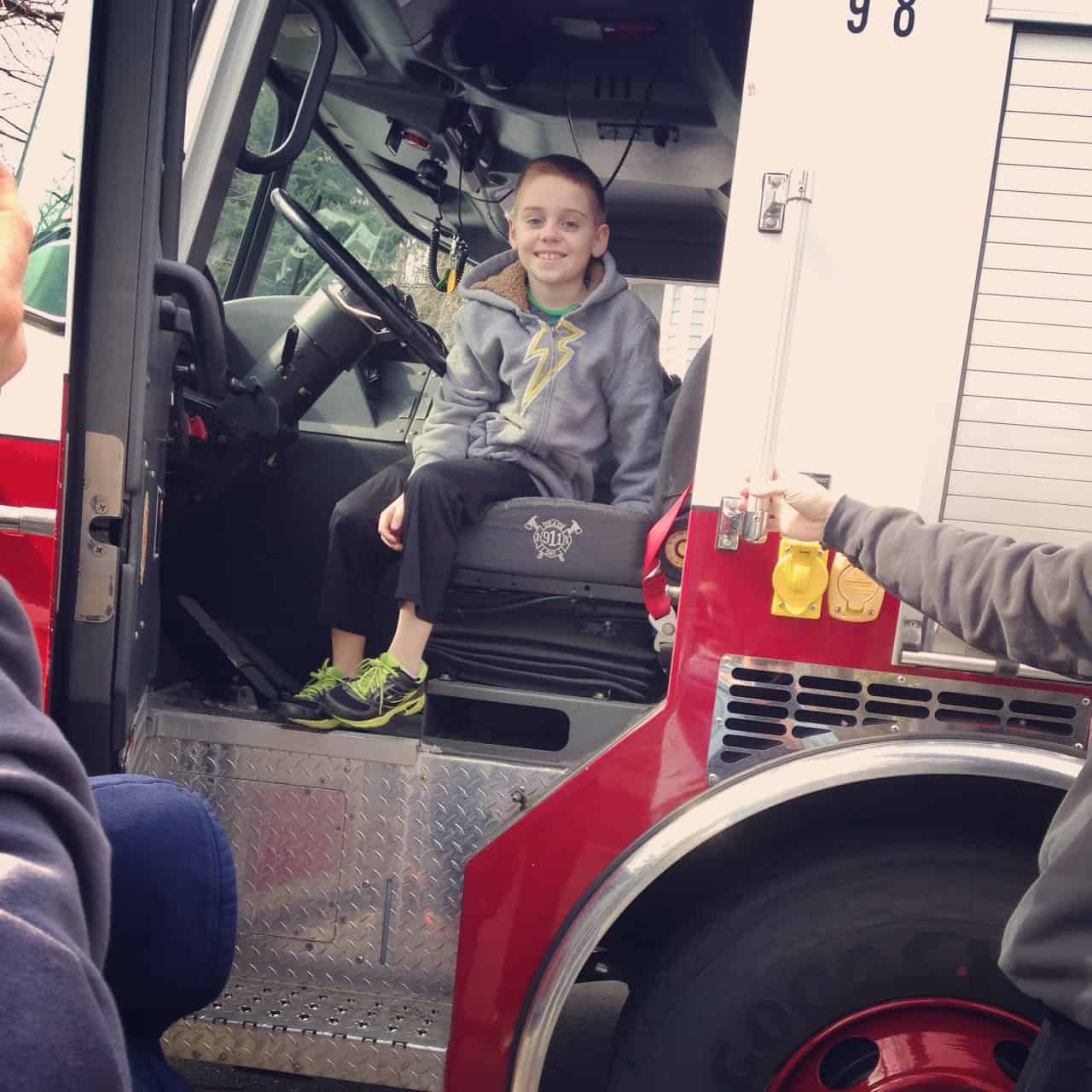 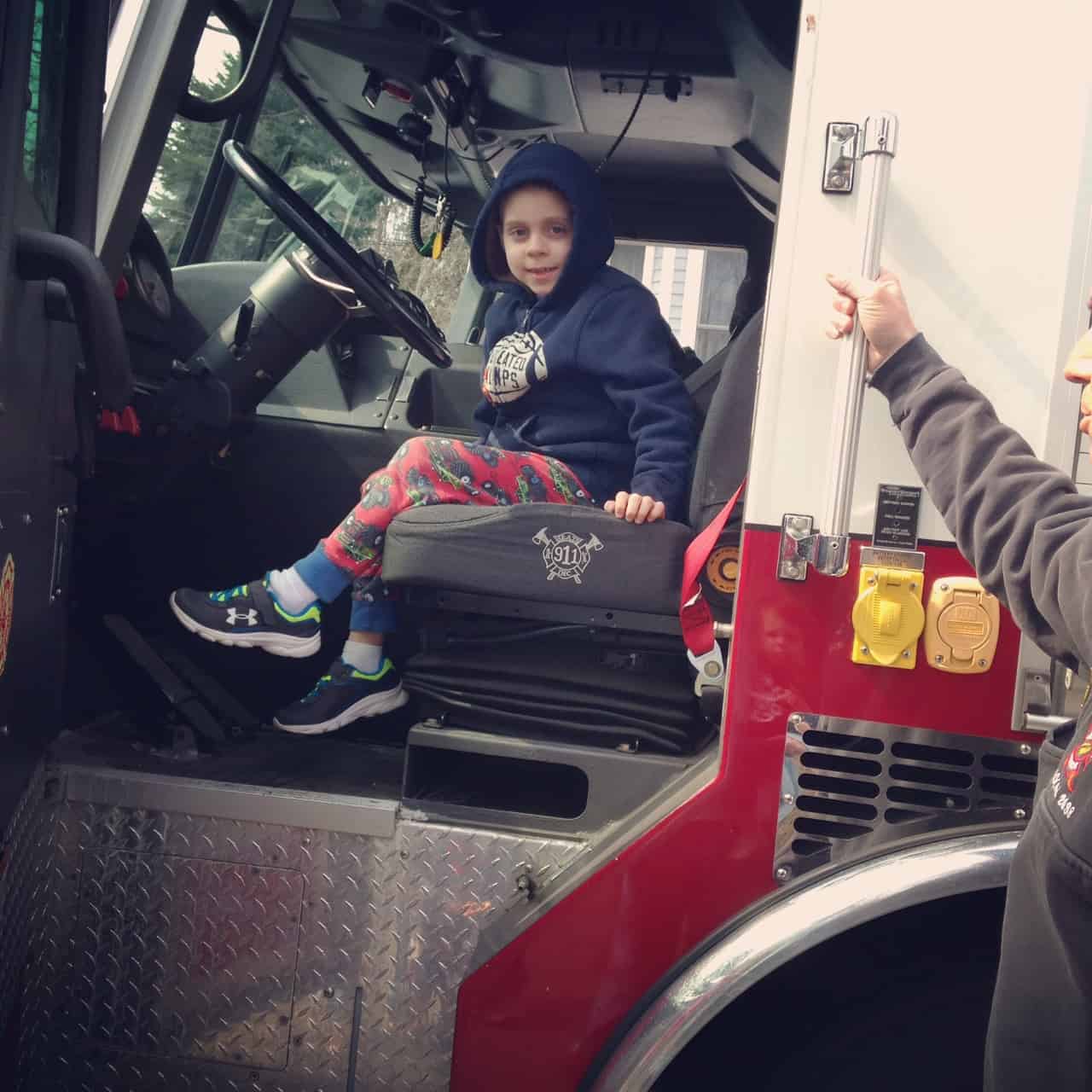 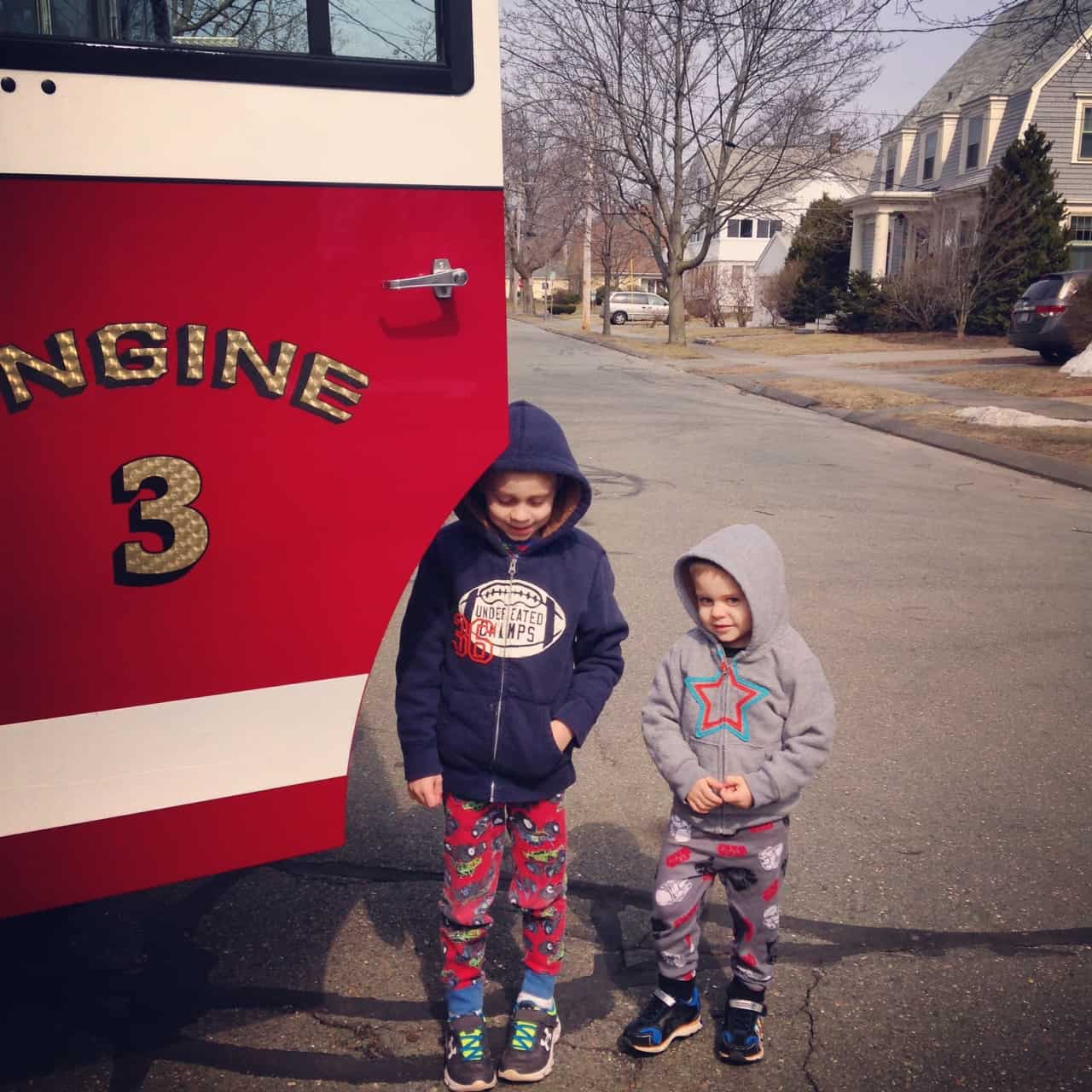 Too bad I’m not that awesome.

The firemen were extremely nice and didn’t make me feel bad for not knowing how to control my alarms. They checked for carbon monoxide (clear!) and determined that one of our alarms had dirt in it. This made me feel kind of bad about my housekeeping, but it made me feel even worse about my housekeeping when they told me to get my vacuum so I could suck the dirt out from the alarm. I can never figure out how to use our stupid vacuum attachment! And now I was being called upon to do so with the fire department as witness.

It’s like the entire morning was orchestrated to fluster and embarrass me.

[End note: We actually set the alarms off a third time the following day while cooking, and Nolan nearly lost his mind. I refused to call the fire department because come on enough already. So we had to take out and then re-install every single smoke detector in the entire house to make the screaming stop. There must be a better way.]

Anyway….here are some of my favorite photos from the rest of the visit. 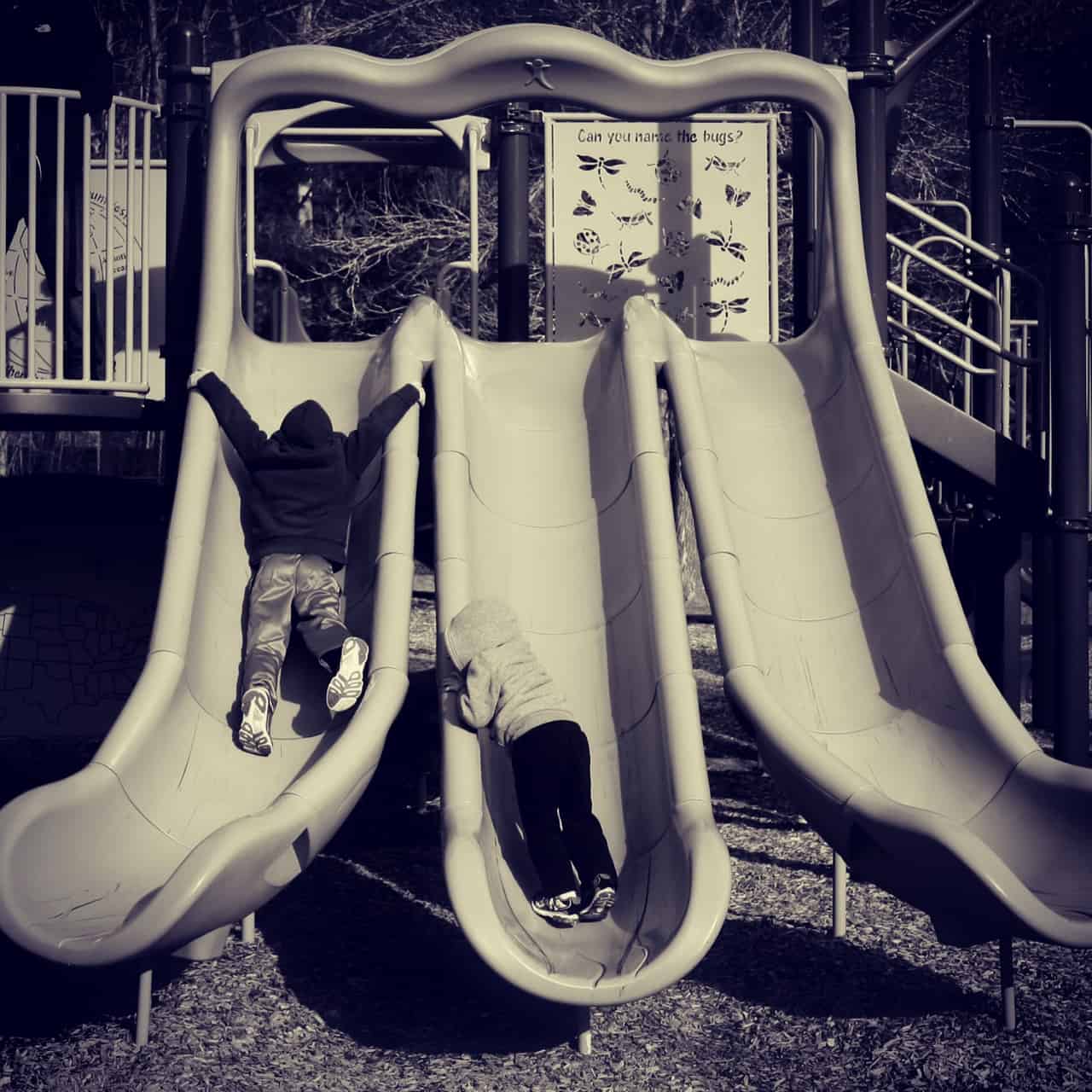 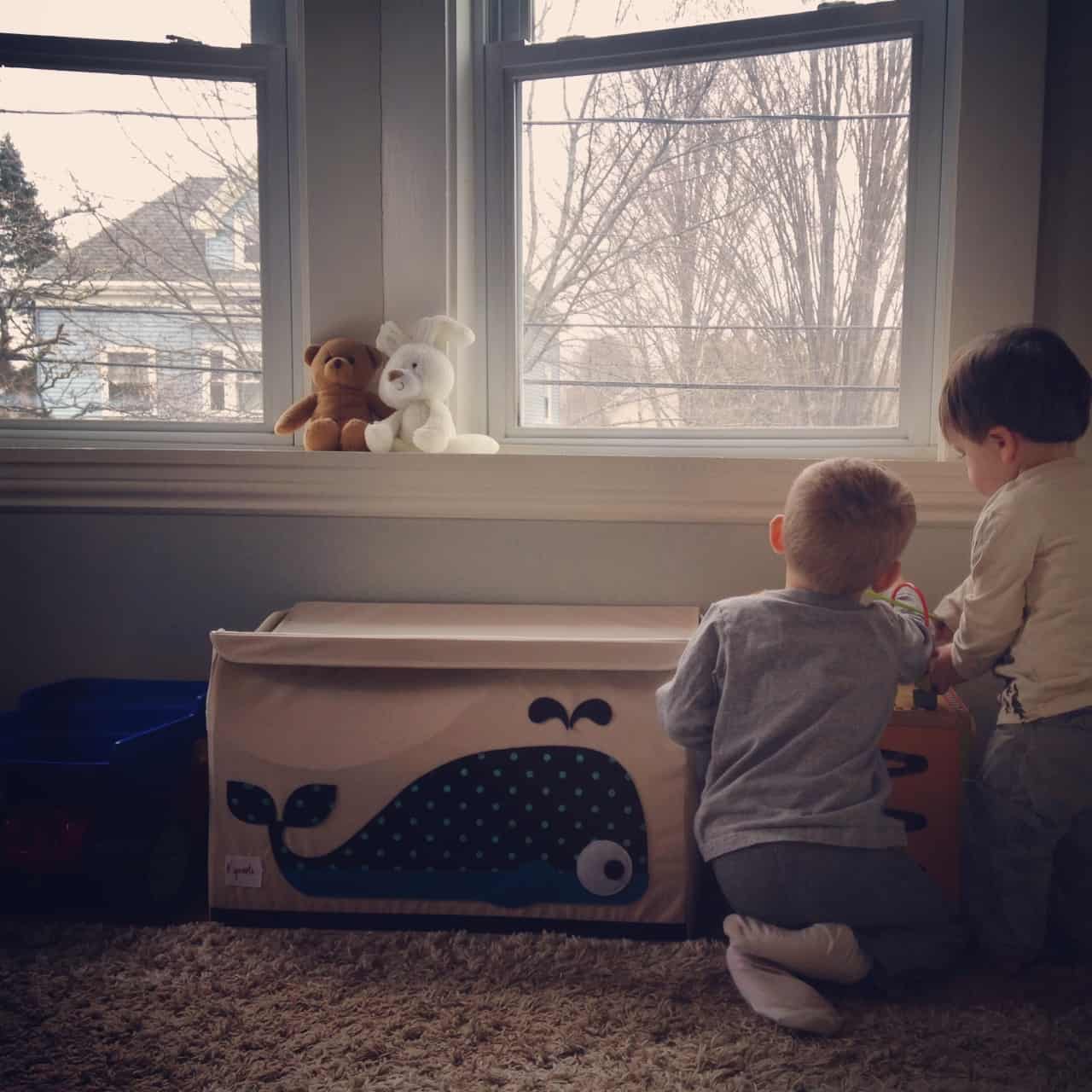 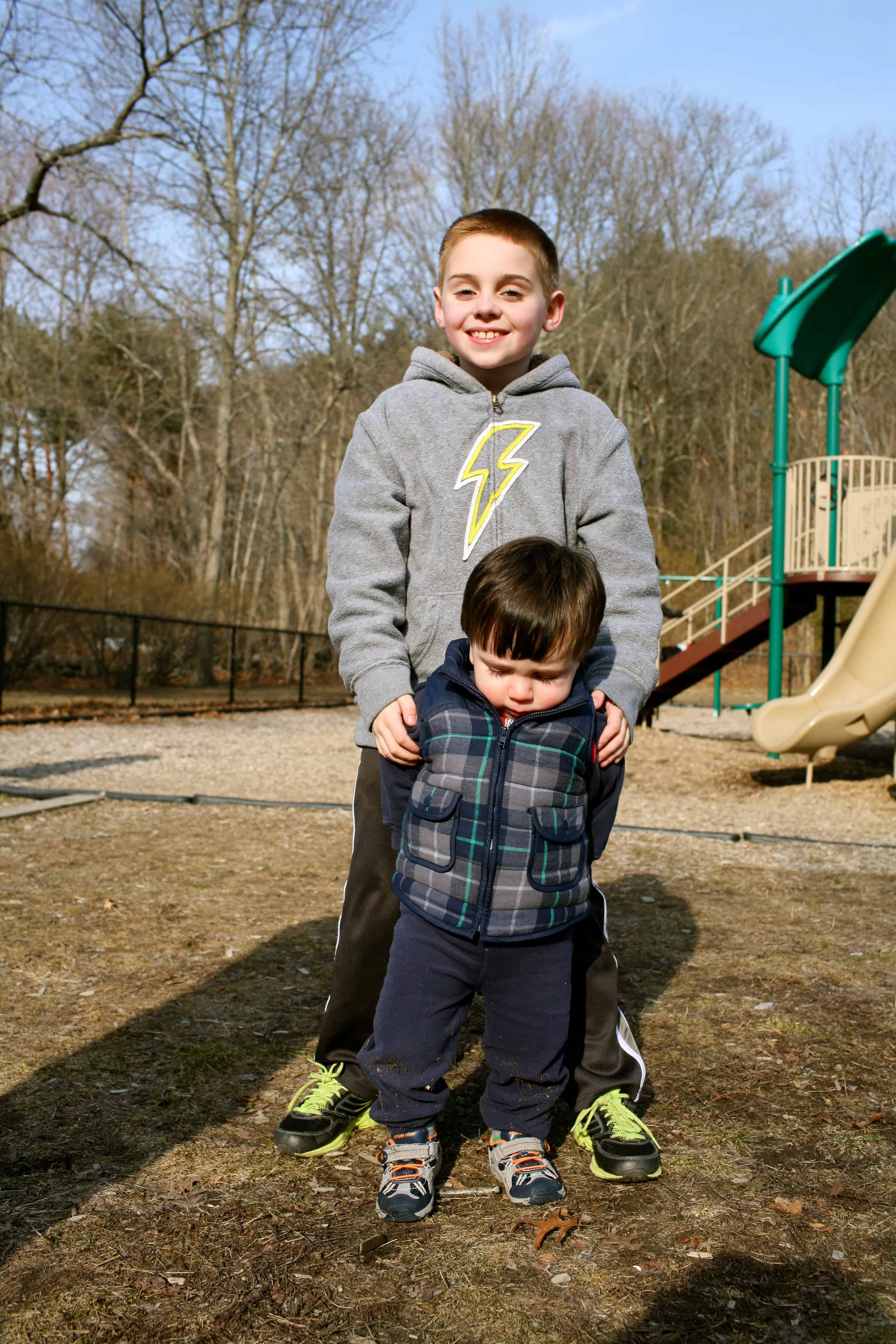 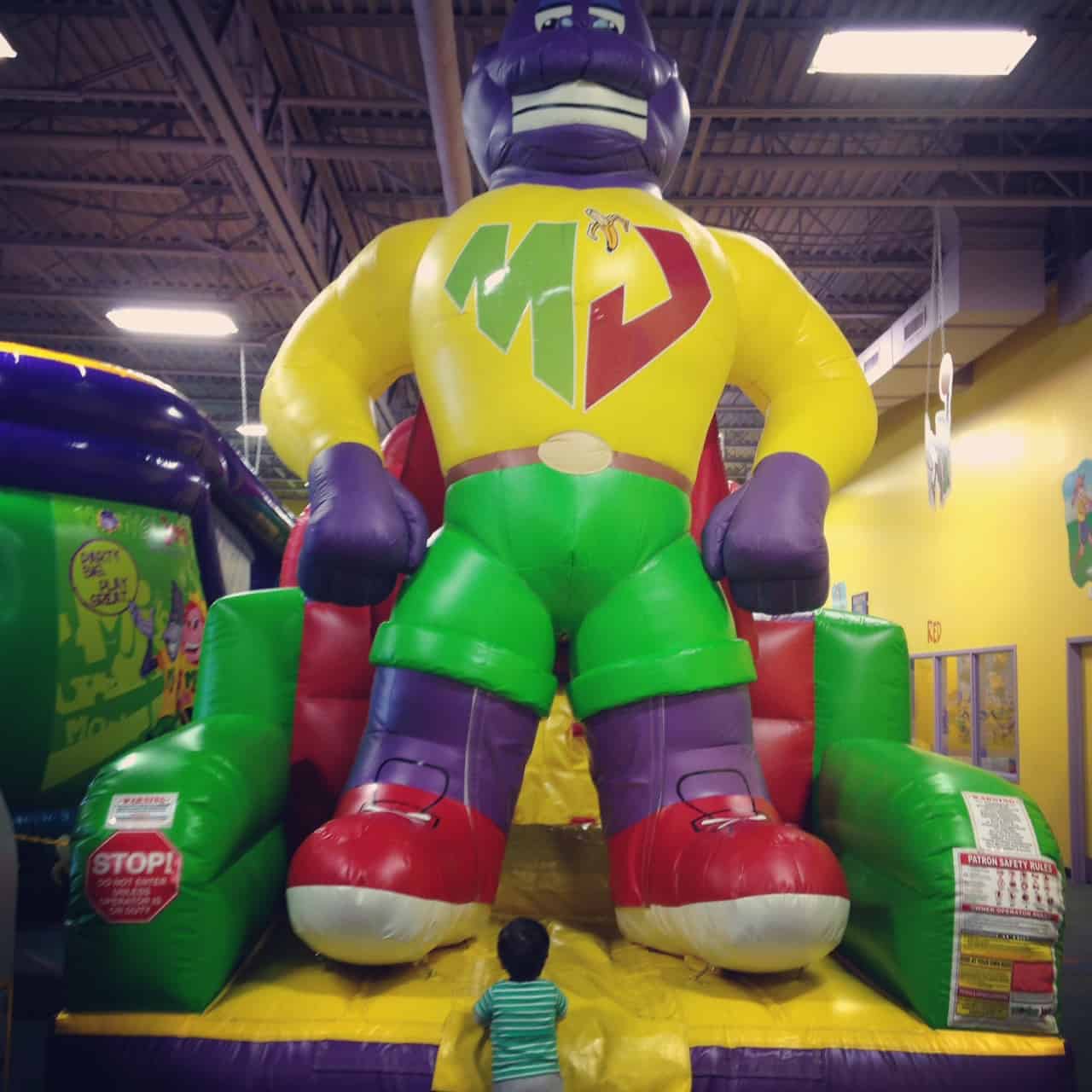 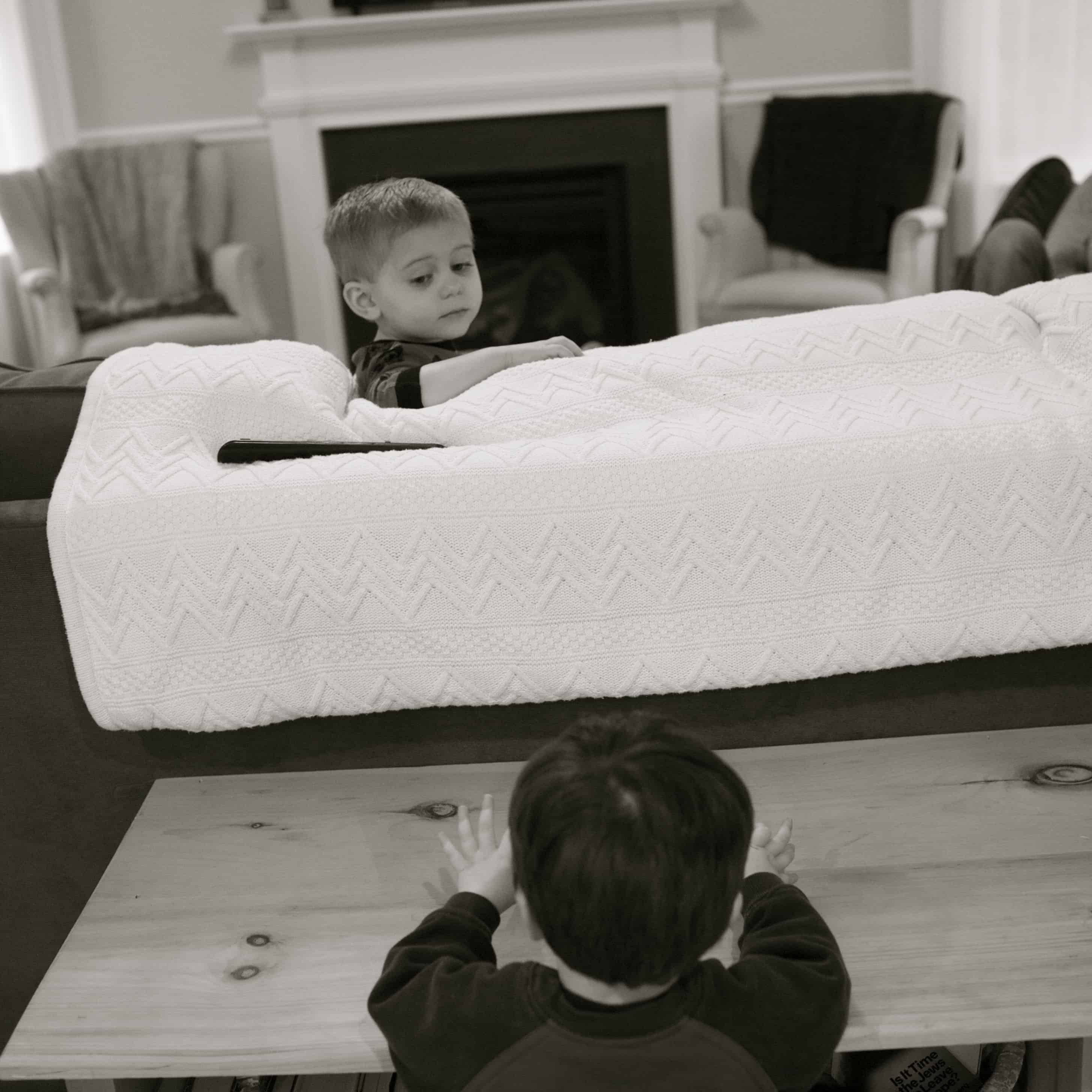 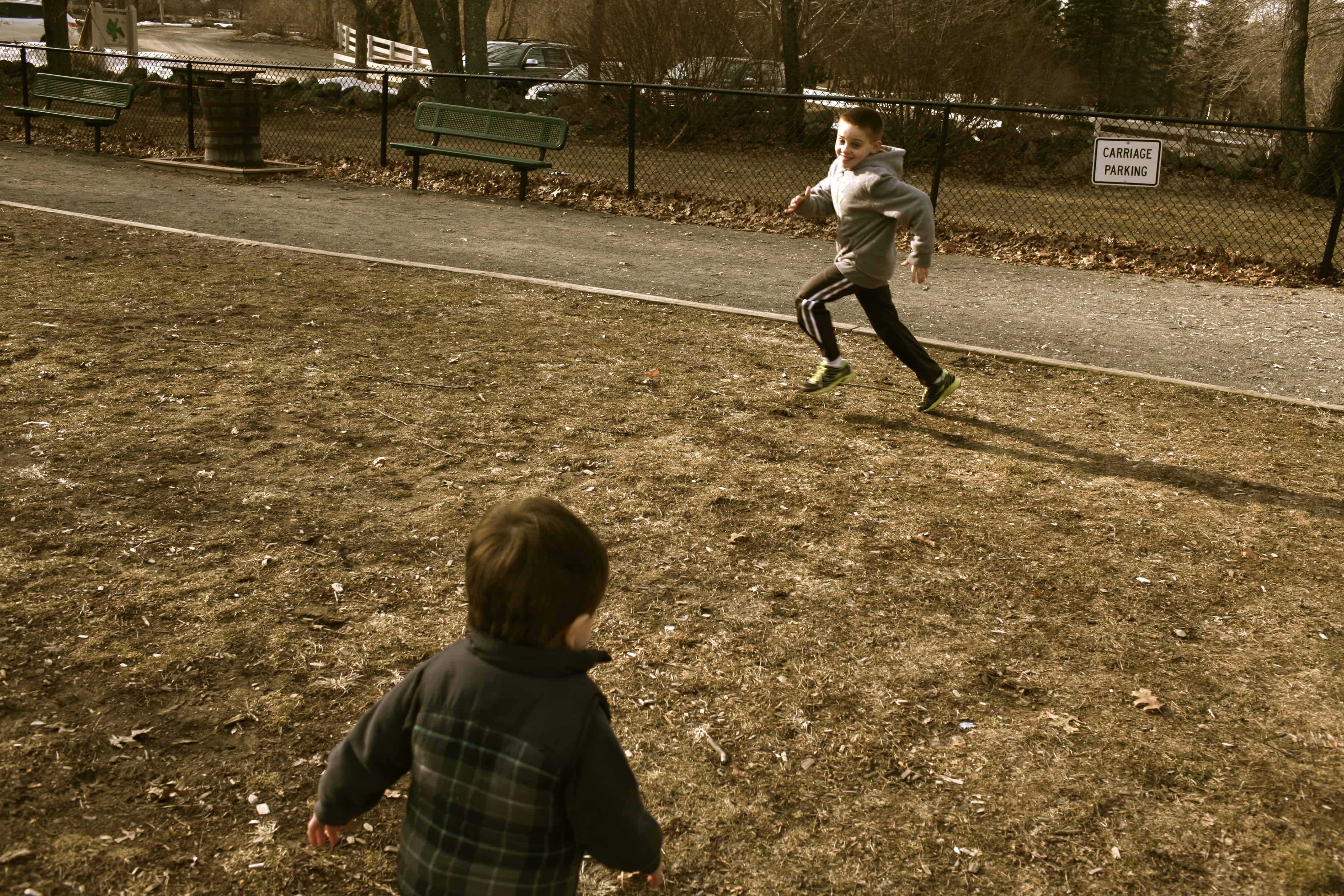 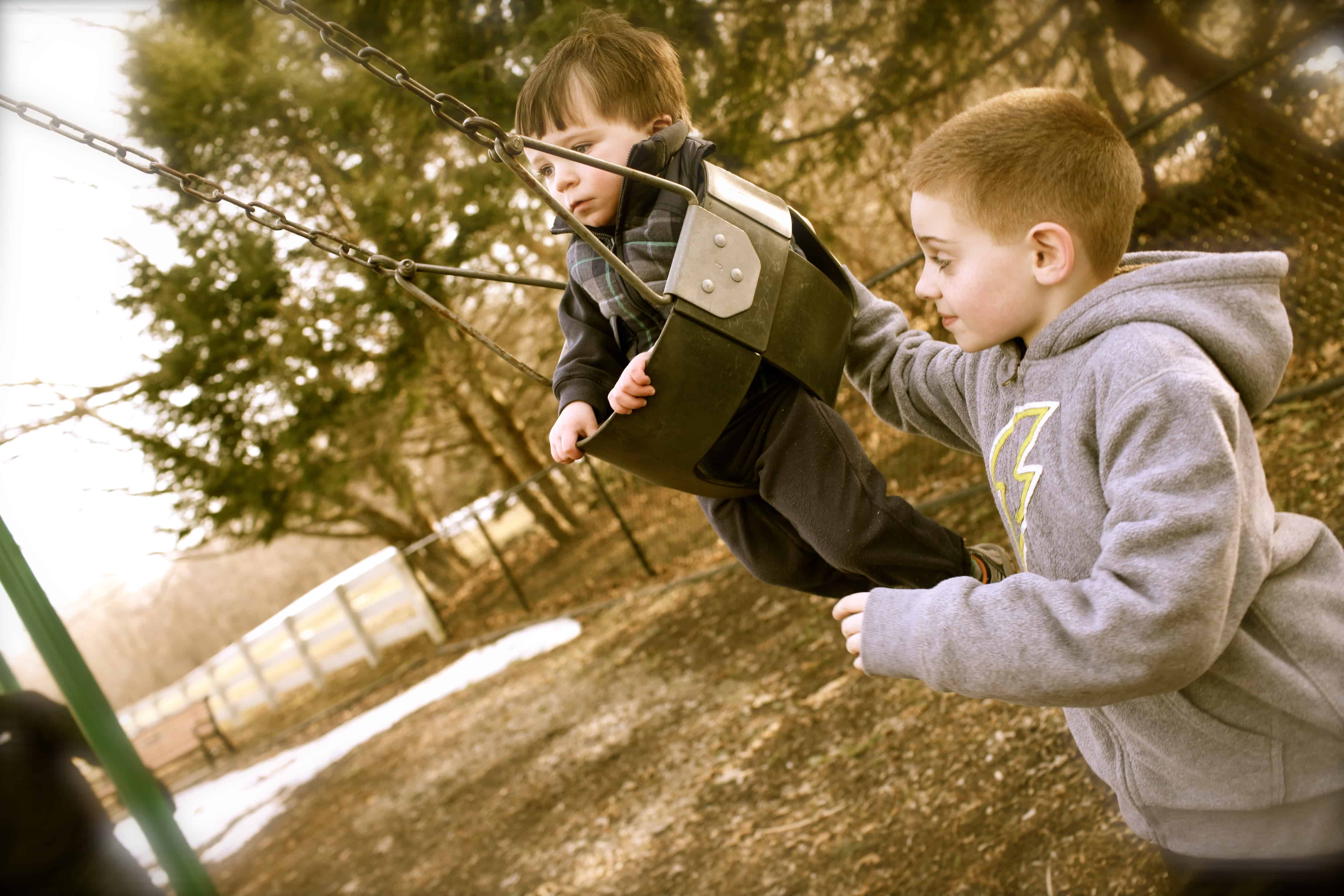 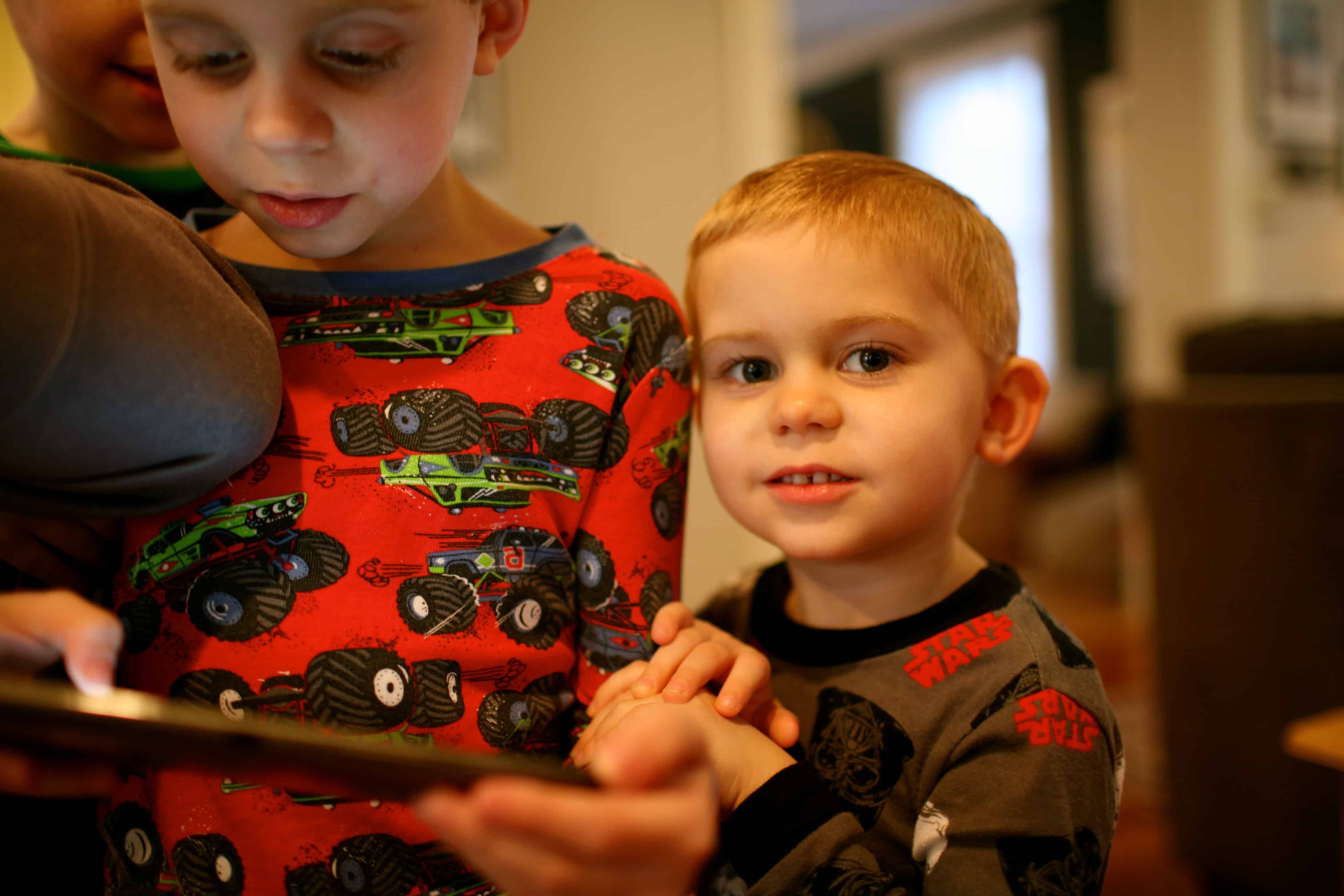 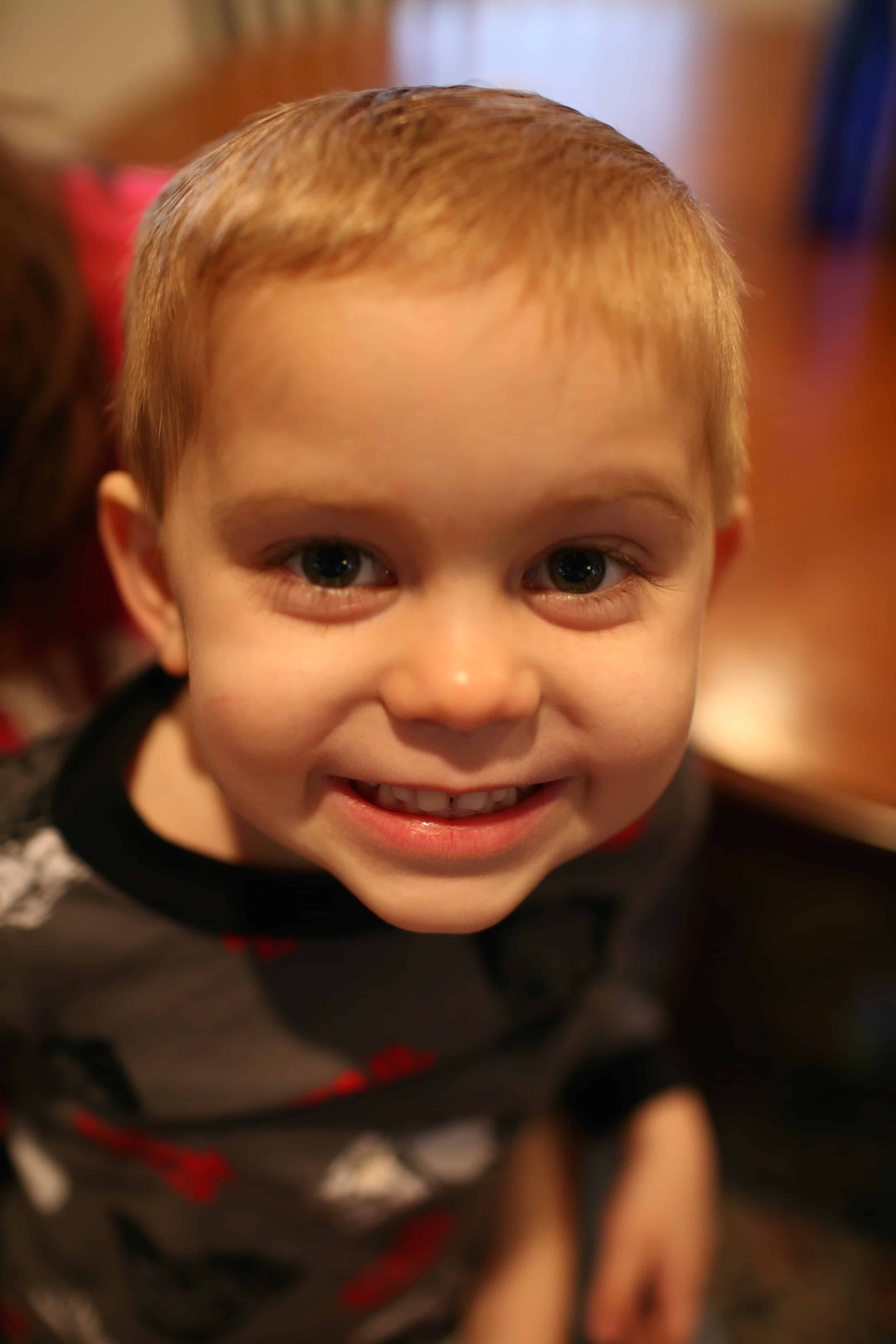 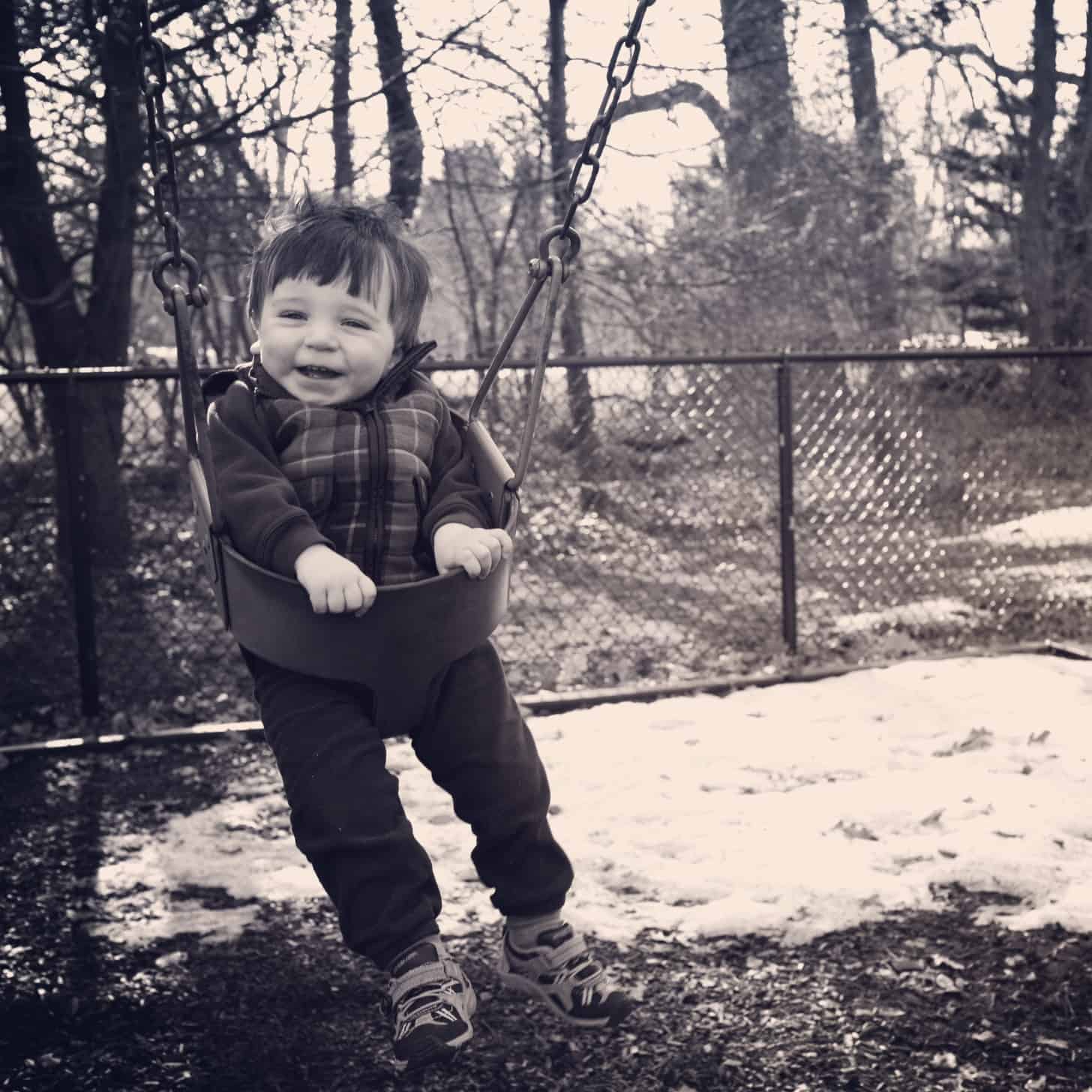 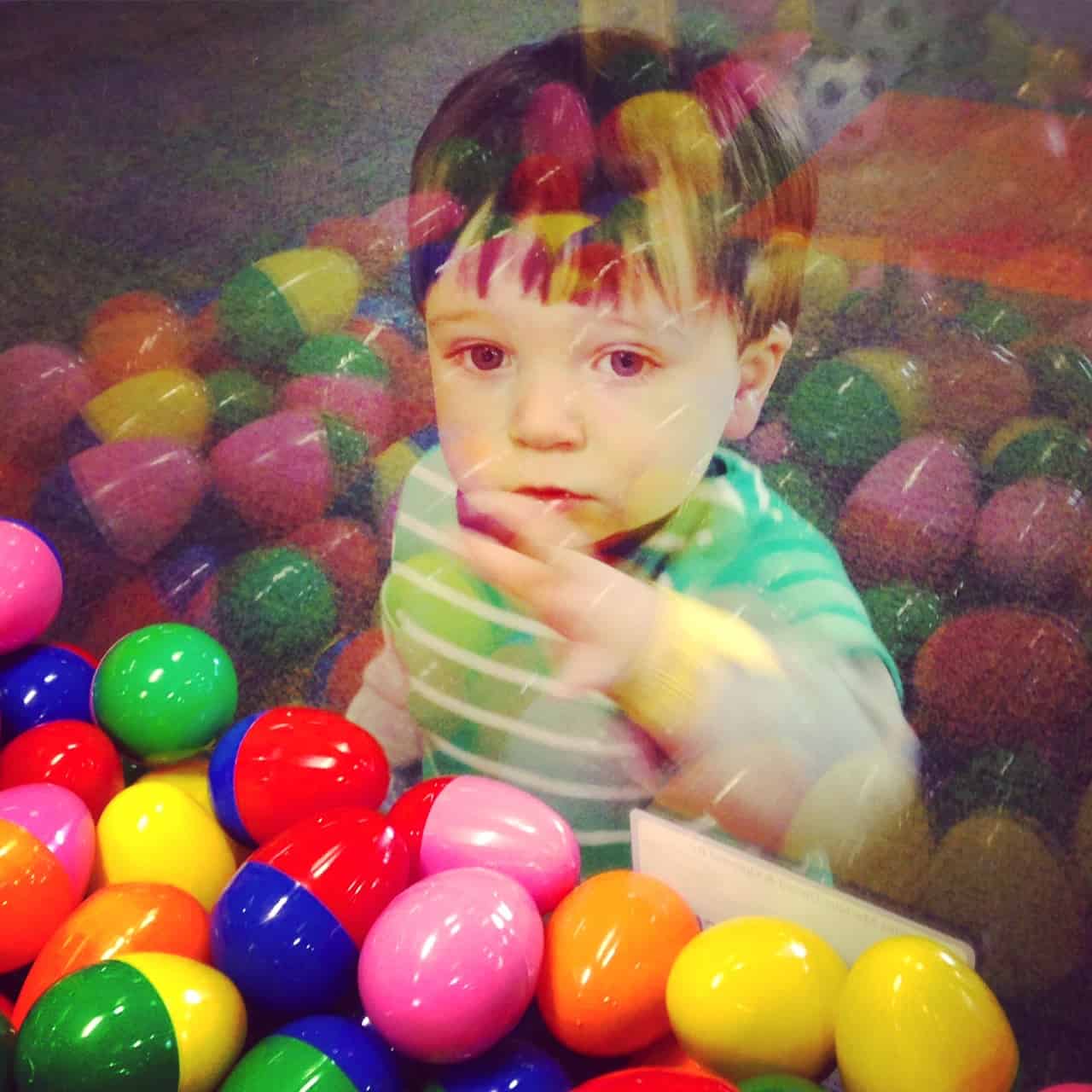 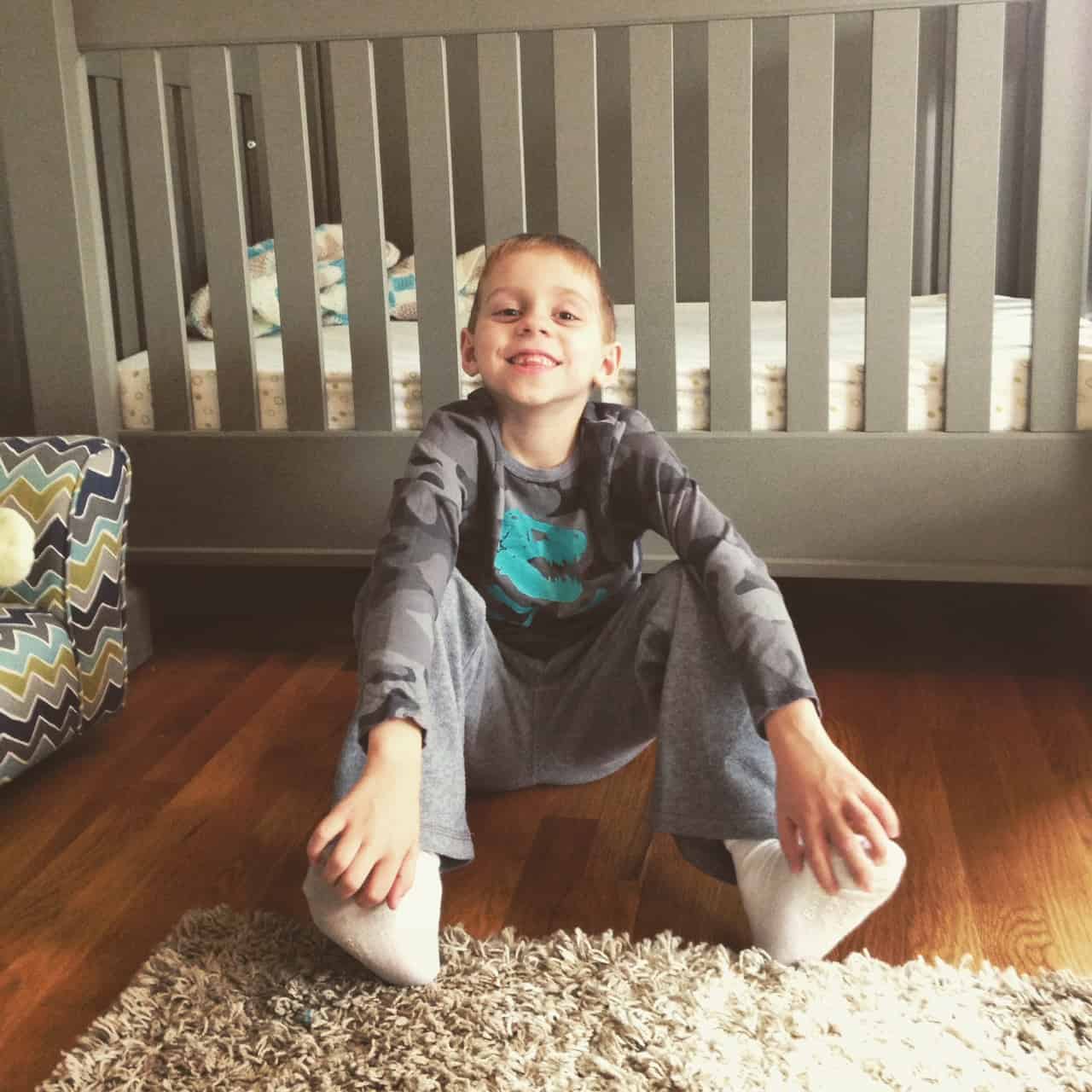 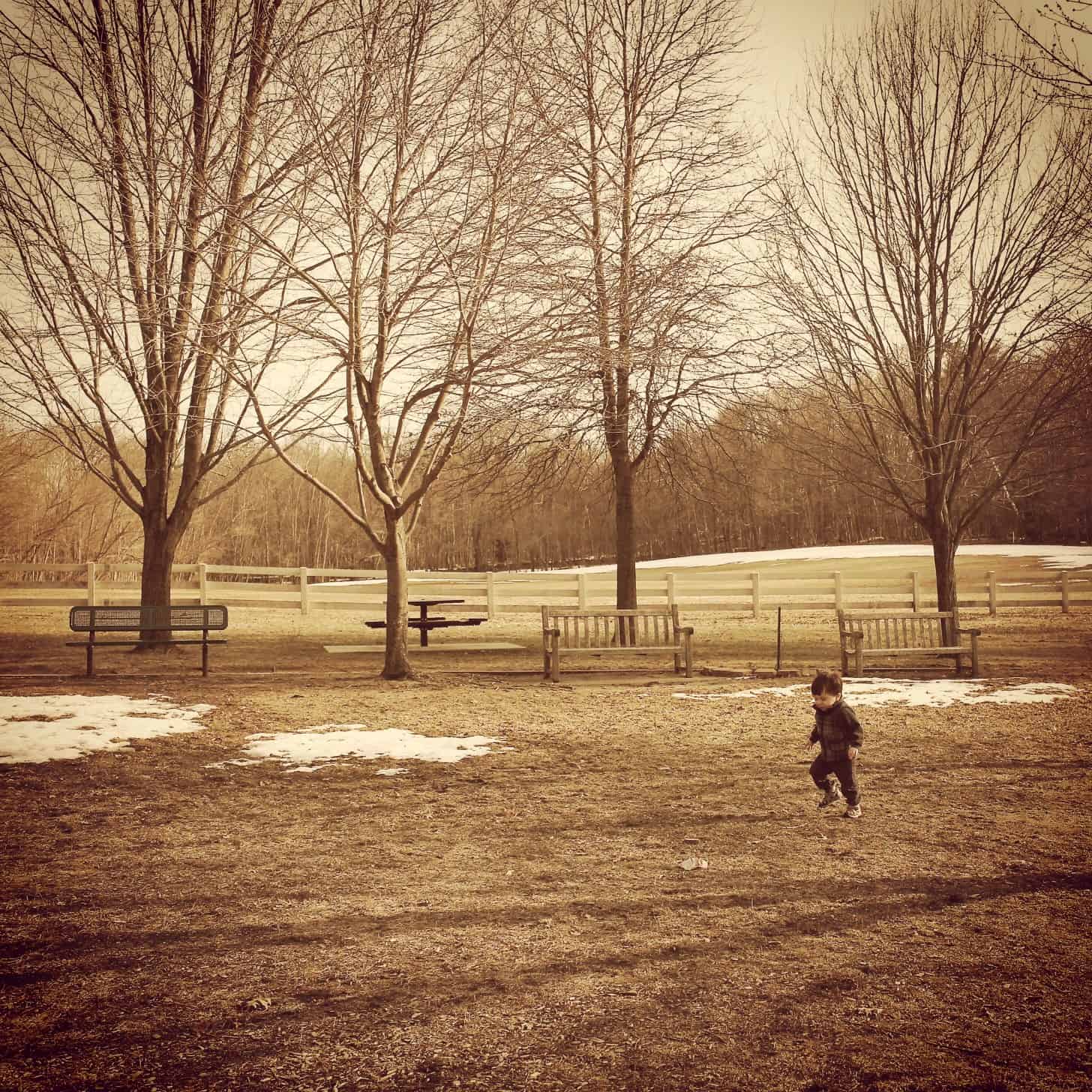 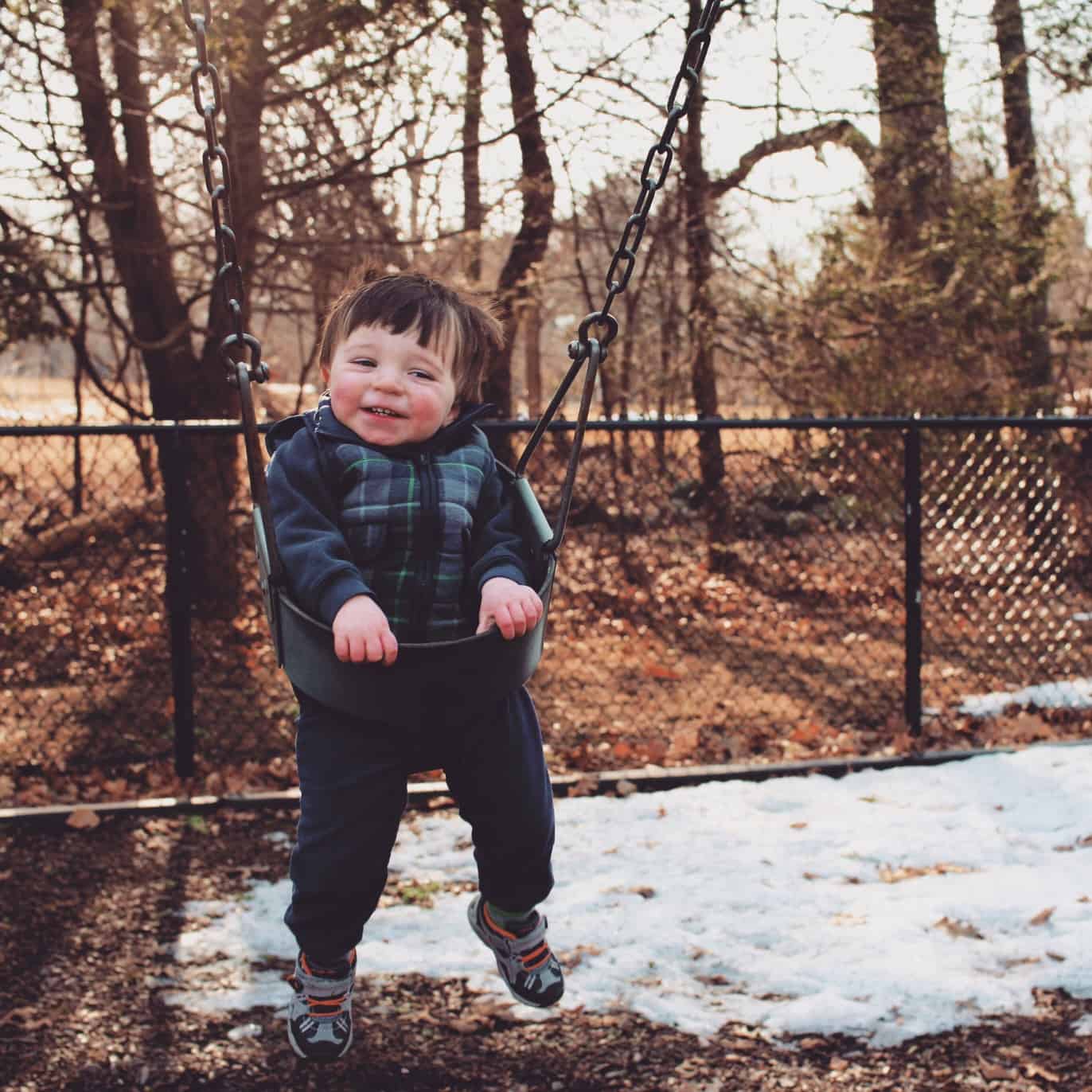 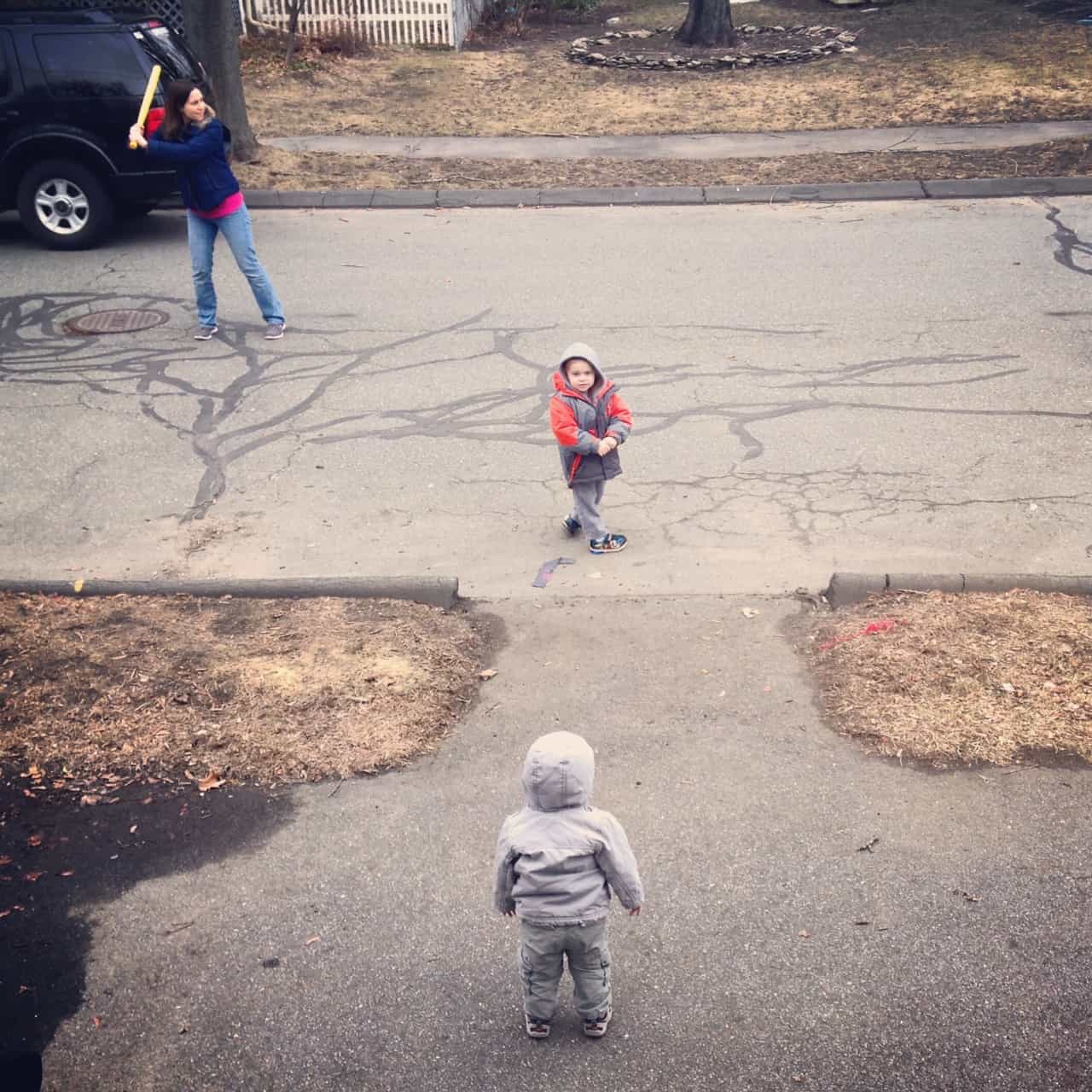 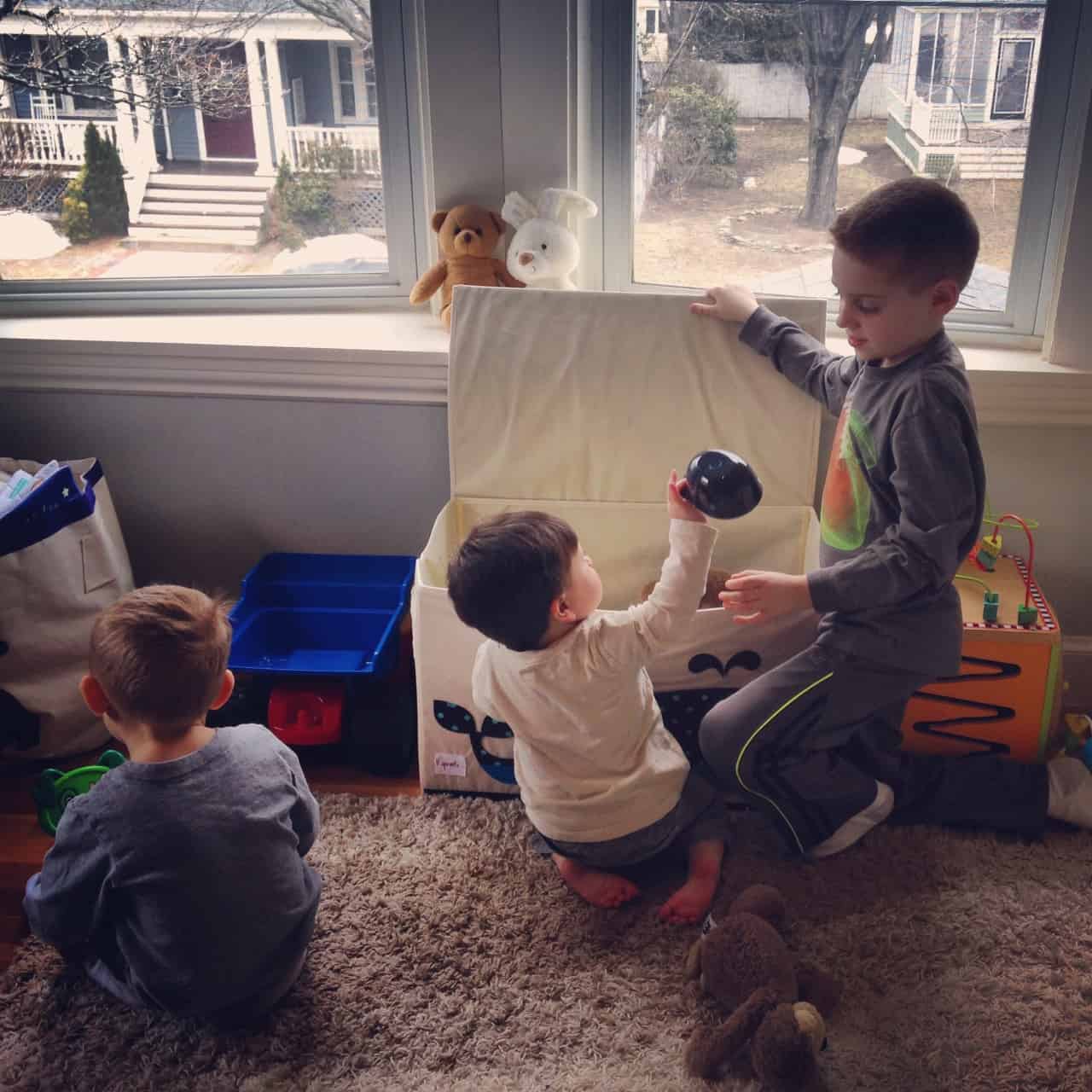 Having these little boys around made me excited for more kids. Watching the brothers wrestle and jostle and yes, fight with one another but then fold into each other like puppies made me want that for Nolan. It also made me realize that as much as Nolan is so cute right now in his squishy little toddler phase, there are amazing things coming just around the corner. 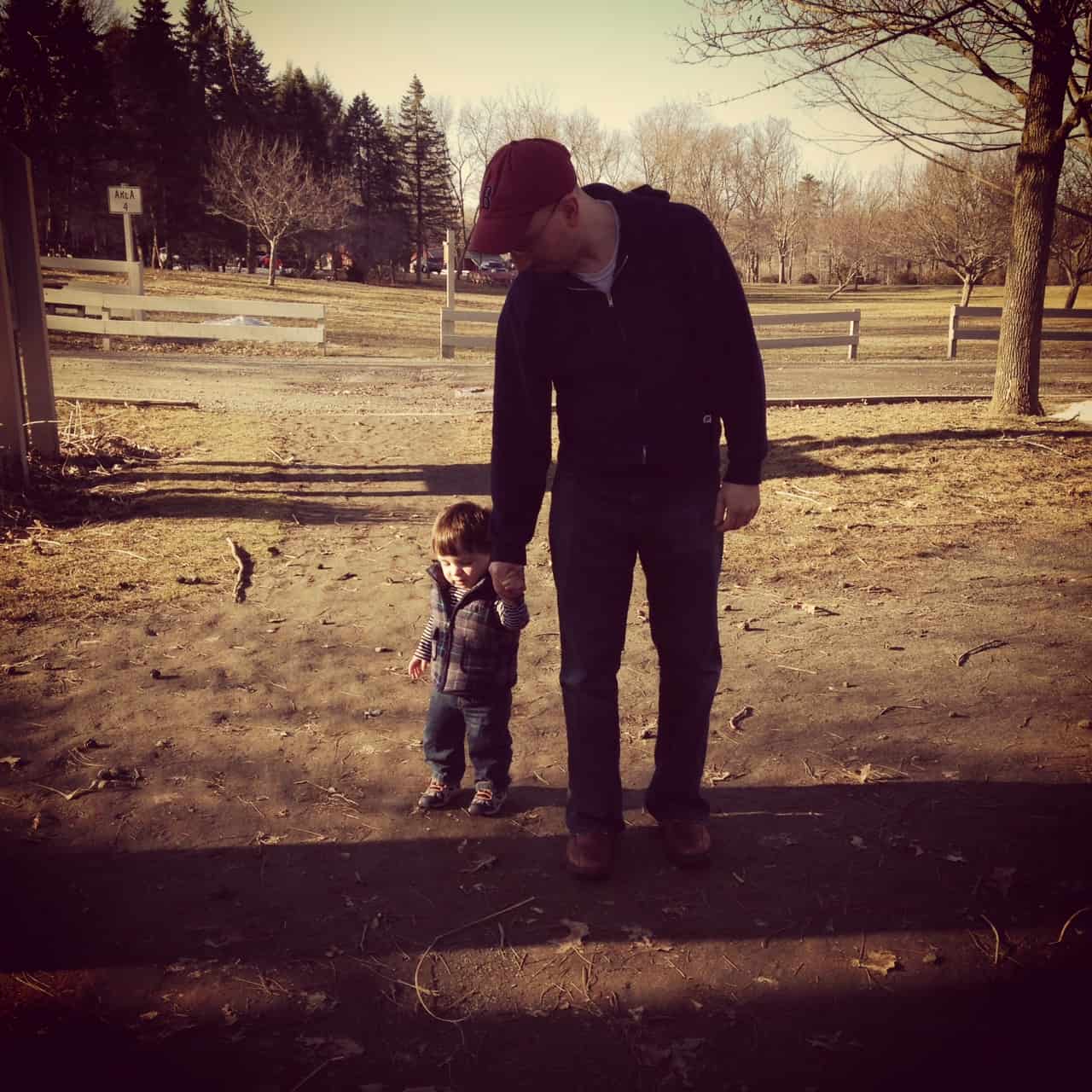