×
You are here: Home / All Posts / Party Like It’s Your Birthday! 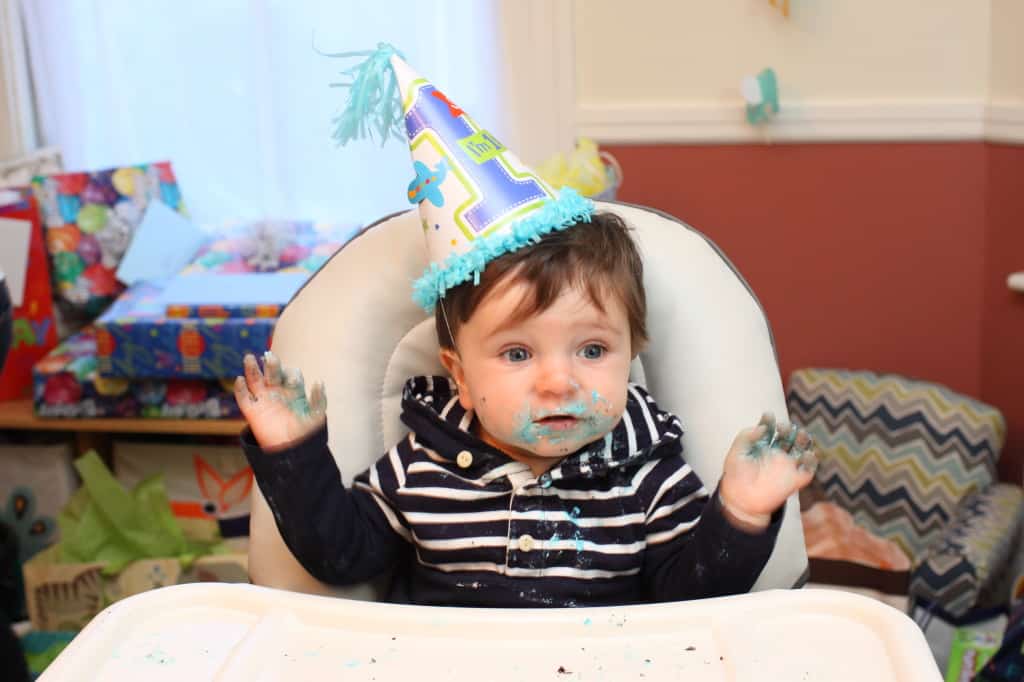 Yesterday we had a small family birthday party for Nolan. Now you may recall the complete lack of domesticity that I typically bring to the (literal) table when hosting events. I covered this lack of skill in some detail in the post How to Host Like a Boss (Disclaimer: I Have No Idea). Well friends, this past weekend I was put to the test with the big first birthday, and I think we came out on top. I won’t go into detail because I don’t want to brag, BUT I did manage to put together an entire crock pot meal before Brian even woke up! Sure that entailed me dumping a chicken breast and can of pineapple into a pot and hitting a button that says “High Heat,” but let’s not split hairs. #winning

Leading up to Nolan’s birthday I *briefly* considered looking up some crafty ideas on Pinterest. Luckily I quickly came to my senses and realized that Party City was a far more reasonable option, and much more suited to my lifestyle of laziness.

(Please note that the adorable elephants hanging down from the blue plate in the photo below are in fact homemade, but not by me. Nope, my sister-in-law Sue pocketed those suckers from a much more Pinterest-ing party that she recently attended and handed them off to me. There is a lesson here: If you are not crafty yourself but you do have the gift of sticky fingers and an amply sized handbag, you can score yourself enough precious homemade cutouts to pass as crafty). 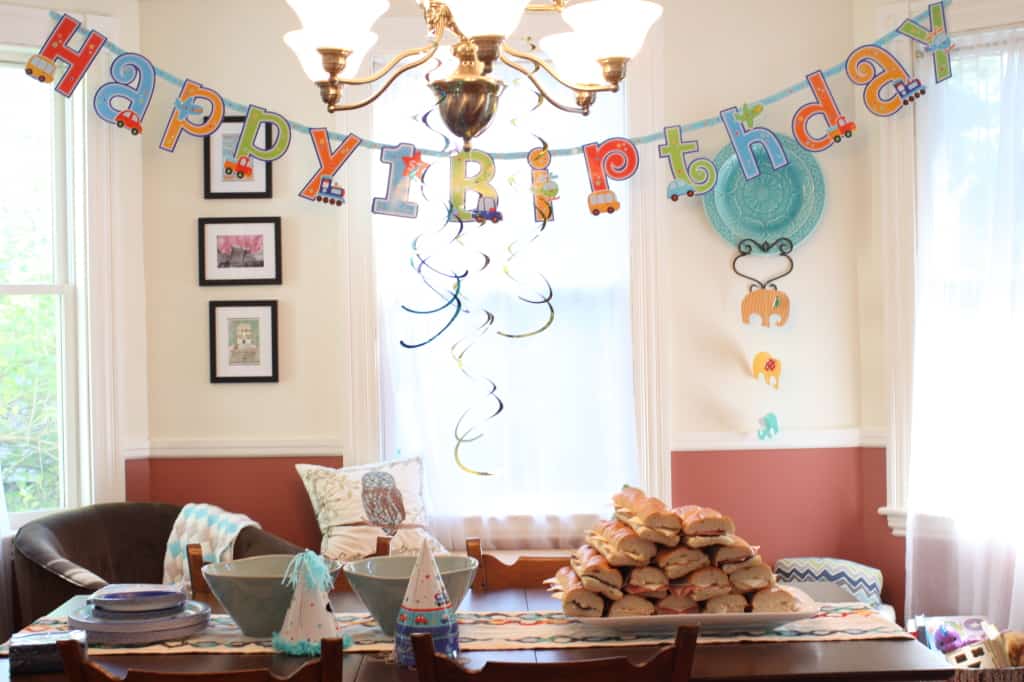 A Party City banner and a few party hats and I’d say we have ourselves a winner! Oh yeah, and sandwiches. Lots of sandwiches.

We did splurge on a pretty kick-ass cake. 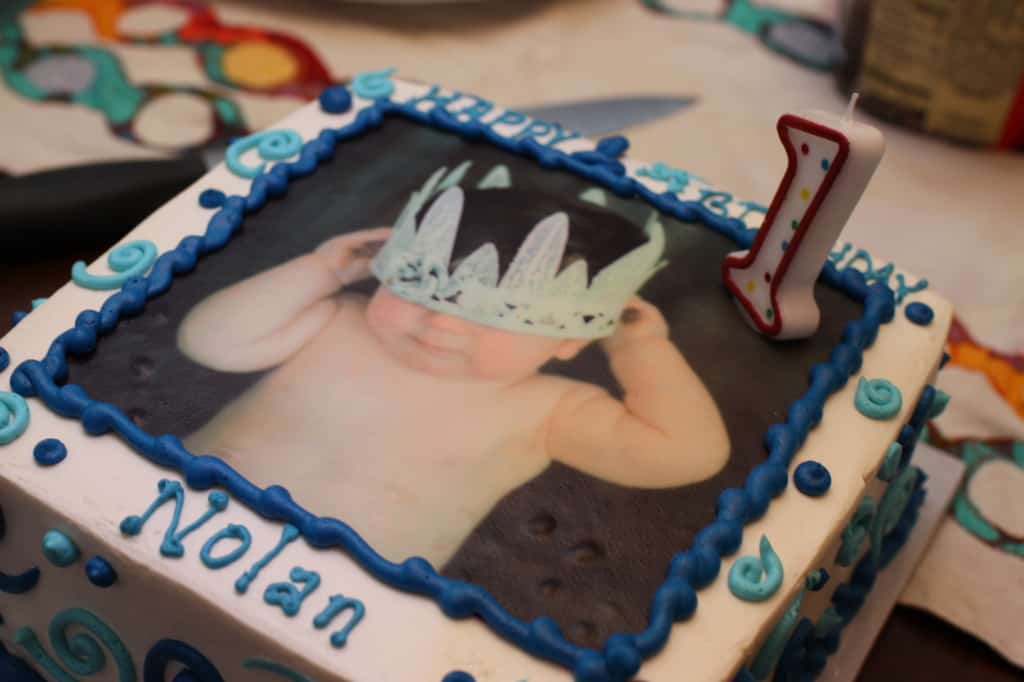 Which looked awesome all over Nolan. 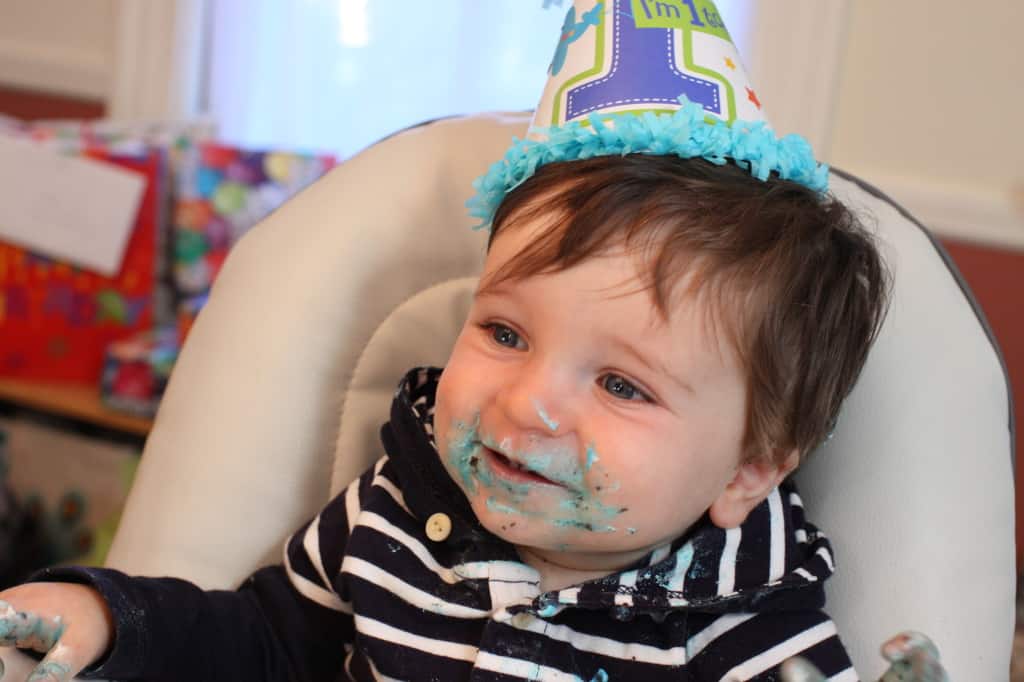 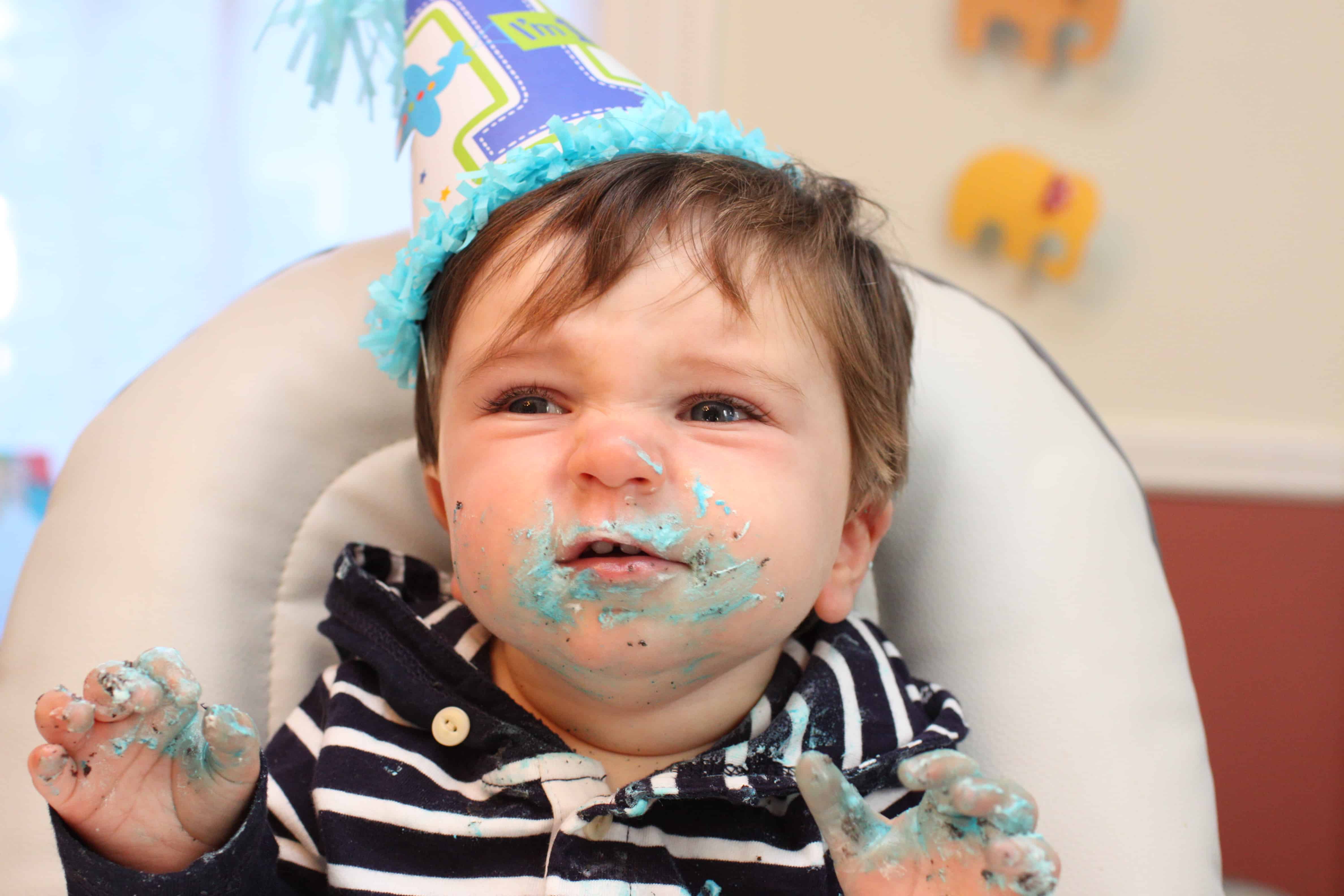 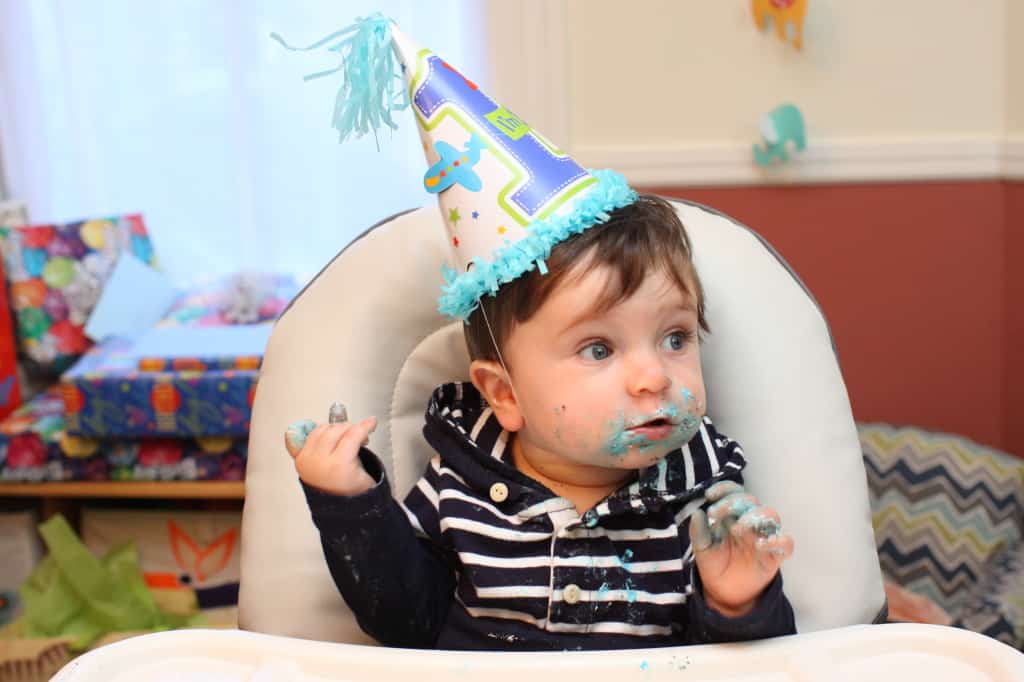 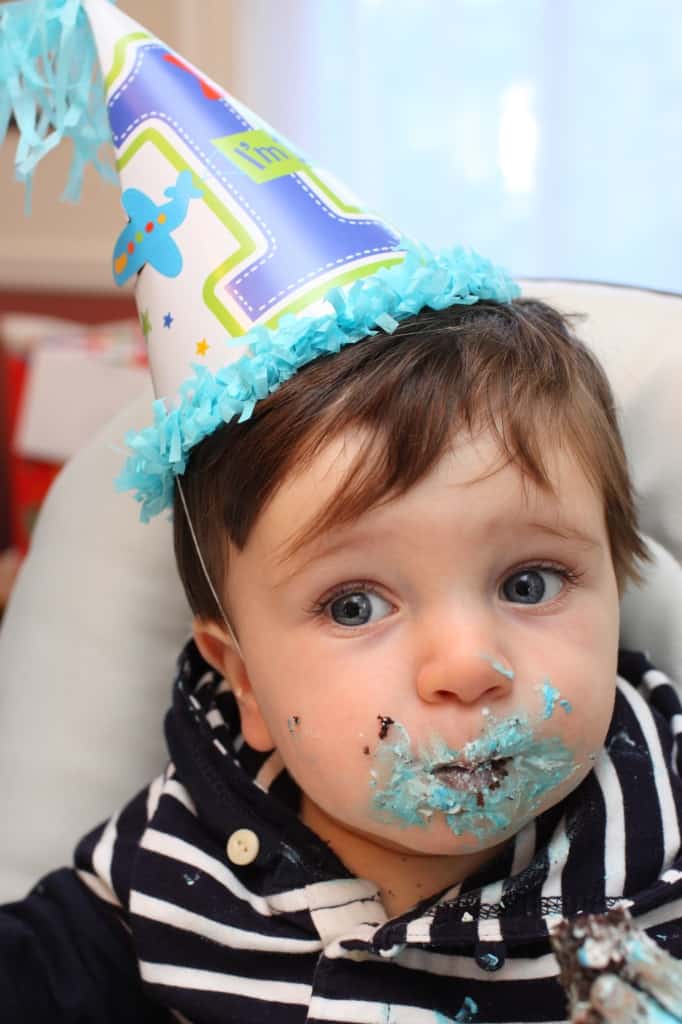 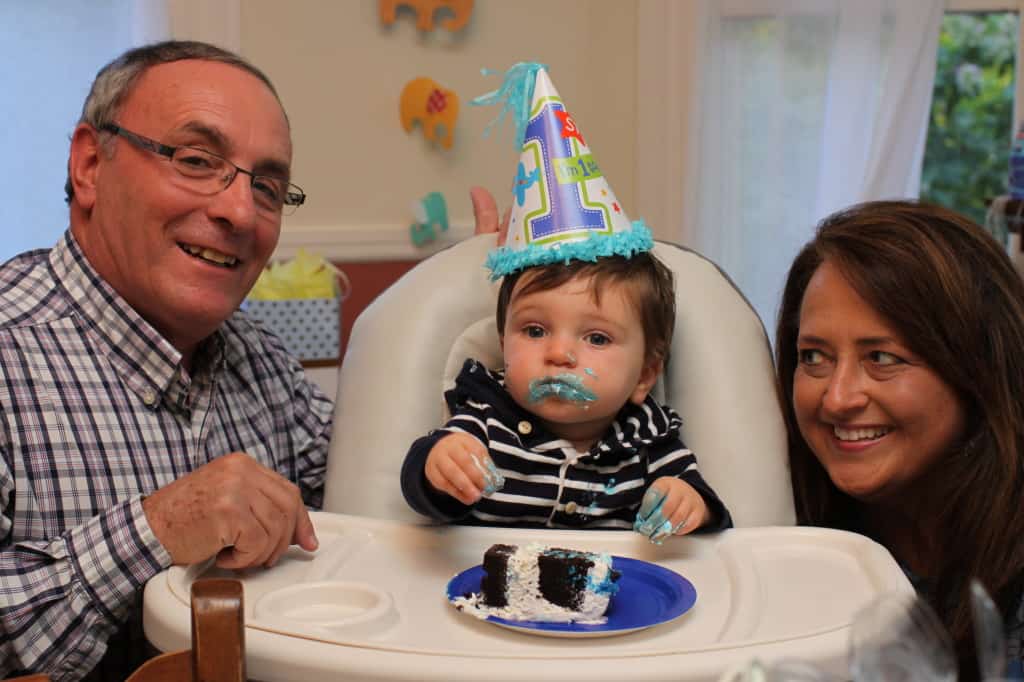 Nolan with Papa and Michelle 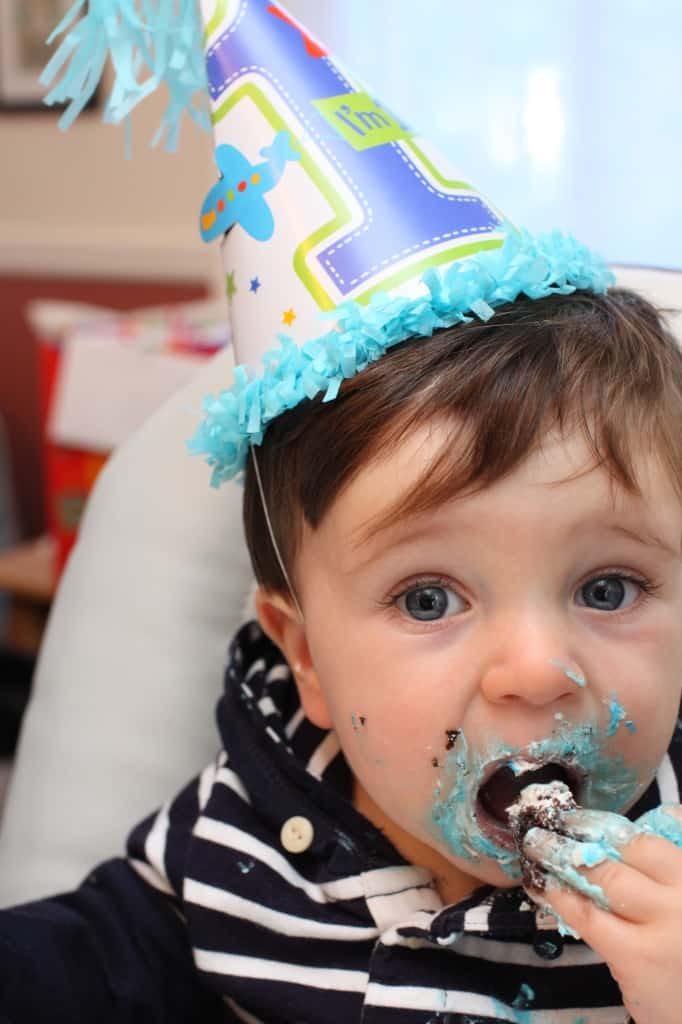 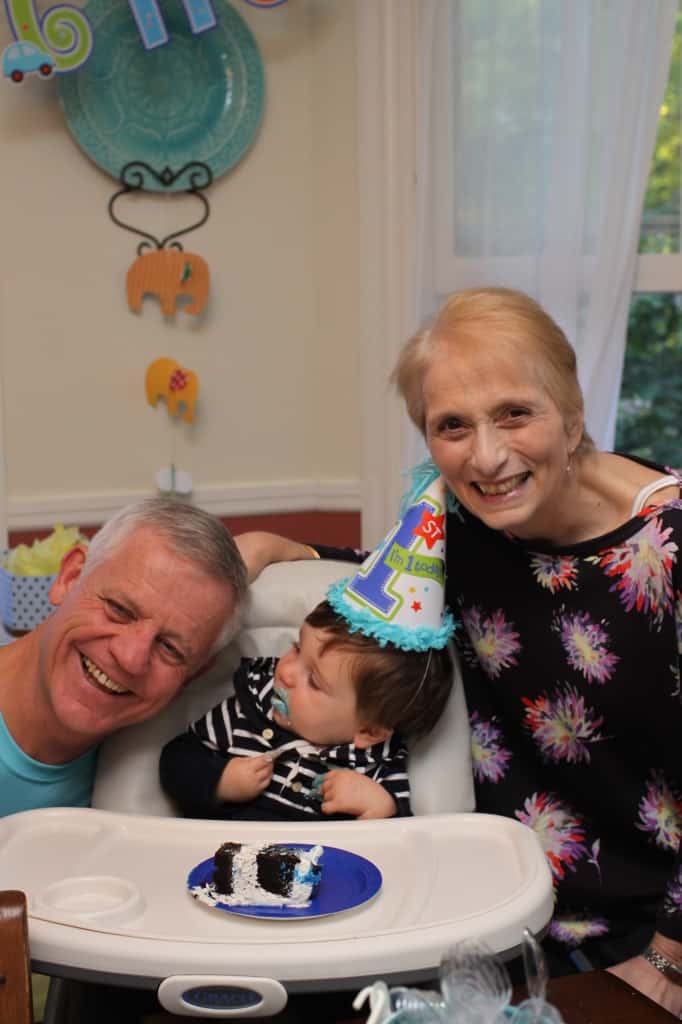 Nolan with Grandma and Grandpa

Nolan was actually strangely delicate with his cake, not at all in the spirit of reckless abandon/gluttony toward food that I’ve tried to instill in him. He seems to be taking after his father here. Brian is a super slow eater and what I would consider an overly thorough chewer. But that’s just me. 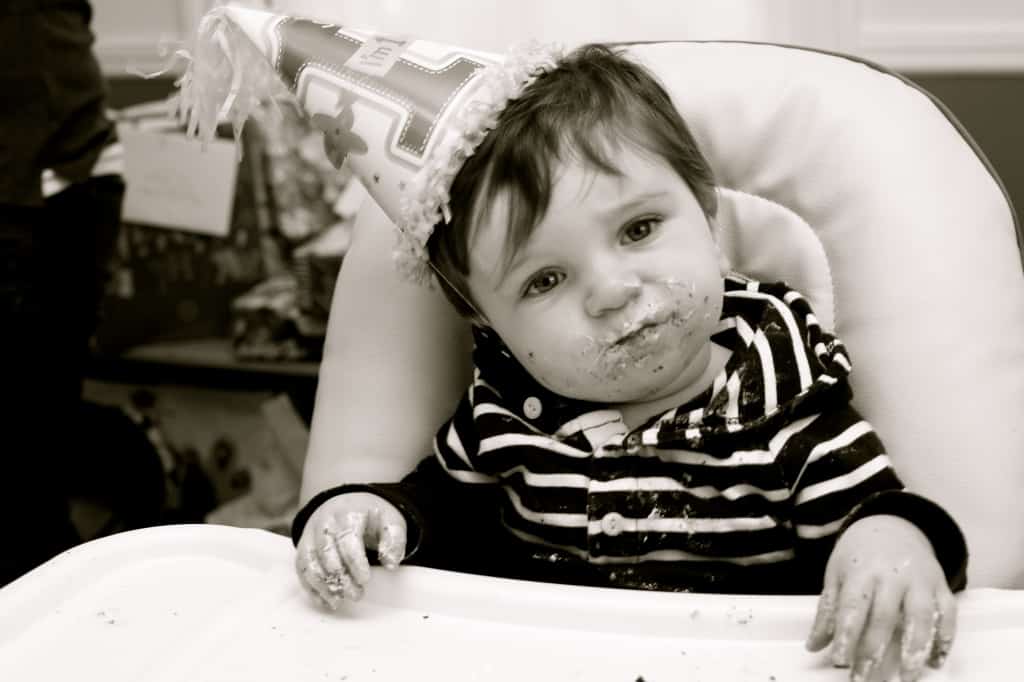 After the cake we opened some gifts, and Brian took hold of my camera. I did not enjoy the results. But for your entertainment I’ve included a few shots capturing my “expressive face” as I opened presents. The expressions below are candid, which I feel like I should point out because it looks like I’m mugging for the camera. I’m not. In fact, there were at least 6 other similar shots of me. WTF Liz? Get your face together! 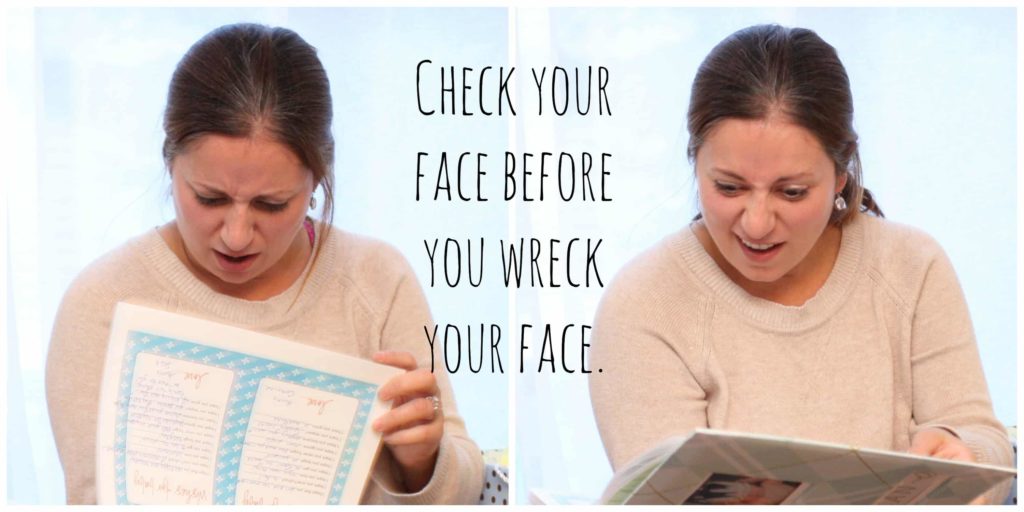 After Nolan went to bed, we had a little party of our own. This is what Moms Gone Wild would look like, if that was a thing.

Ok, just kidding. This video was really from my friend Ben’s 30th birthday party on Saturday. Ben is like a brother to me except for the part where we have different parents. I’ve known him since he was born, or as I once awkwardly said at a family function, “since he was conceived.” Um, no Liz, you were not there for that. But I did grow up next door to his family, and he is like my little brother. I love Ben. Happy 30th Benjo!

And Happy First Birthday Party to my little Nolie! 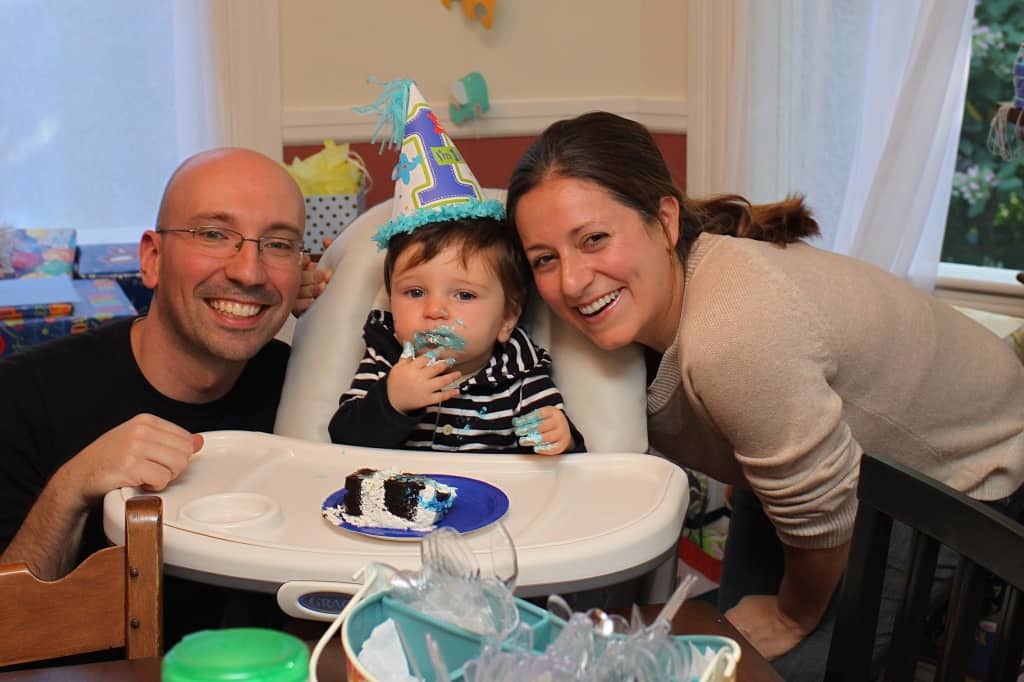