You are here: Home / All Posts / The Home Reveal 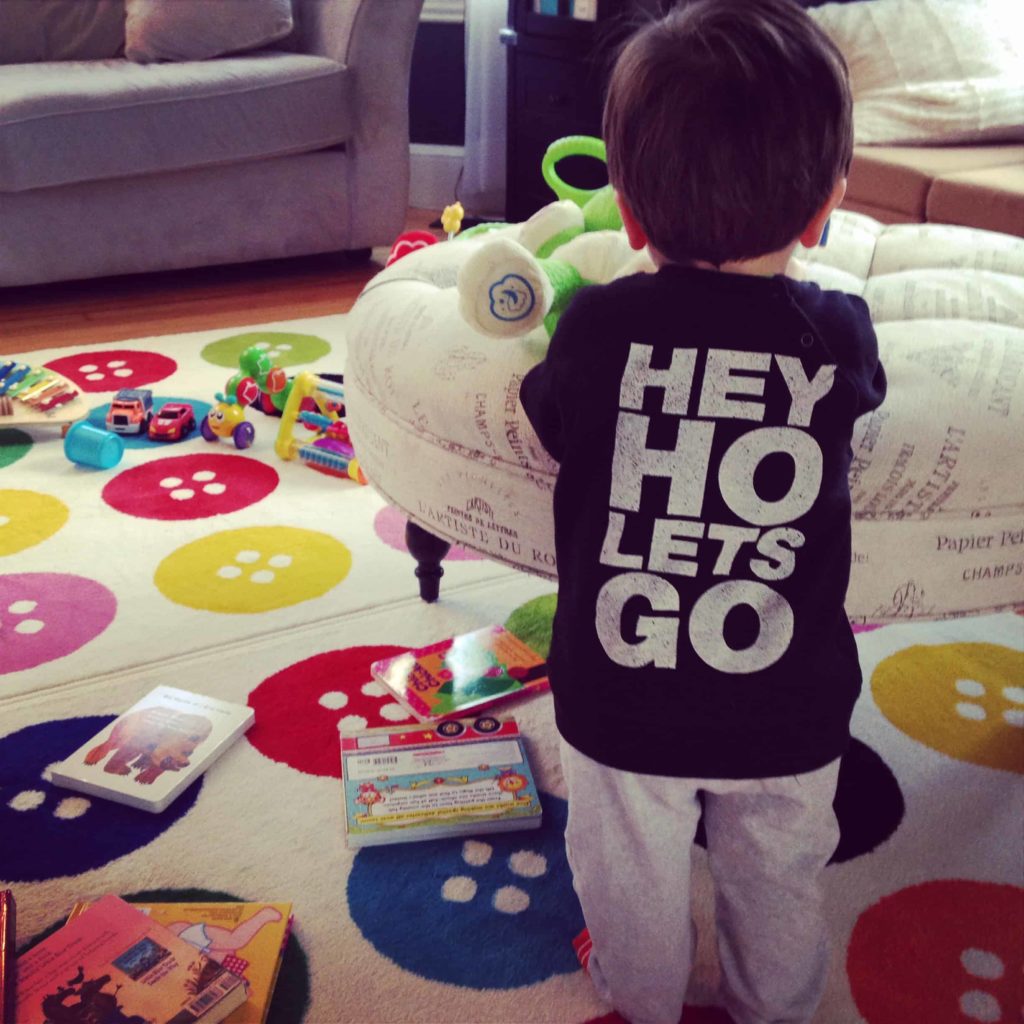 Well folks, we made it. With literally seconds to spare, Brian and I finished getting the house ready for hosting Christmas Eve. And it was absurd, really absurd, the amount of effort required to pull it off. I dare say that anyone with a shred of good sense would have seen that trying to make this happen was foolish possibly to the point of delusional. That it was asinine to attempt to have the house not just livable, but converted into a holiday-themed extravaganza mere days after it was a gutted hazardous waste zone. But I have never been known for having good sense, so why start now, just before the new year? Personality changes don’t start until January 1st before promptly being discarded, everyone knows that.

For those of you just now jumping in, we’ve been in a home demolition blitz for the better part of two months. Brian, Nolan and I have been living at my parents’ house while our own house was torn apart to the studs. The dust from the project was so great that we had to wash every single item we owned (all the dishes, all the clothes, all the toys, all the…you get the idea). And on top of the hard core cleaning and unpacking and organizing we took it upon ourselves to host Christmas Eve, because I am a lunatic who doesn’t know when to call it a day. (Also, if I’m being totally honest, I liked having the Christmas Eve deadline. I personally am entirely willing to work around the clock in the name of home design, but having an event in the books helped Brian engage in the panic mode that I so enjoy being in as a couple).

To give you some context, this is what our first floor looked like 10 days ago: 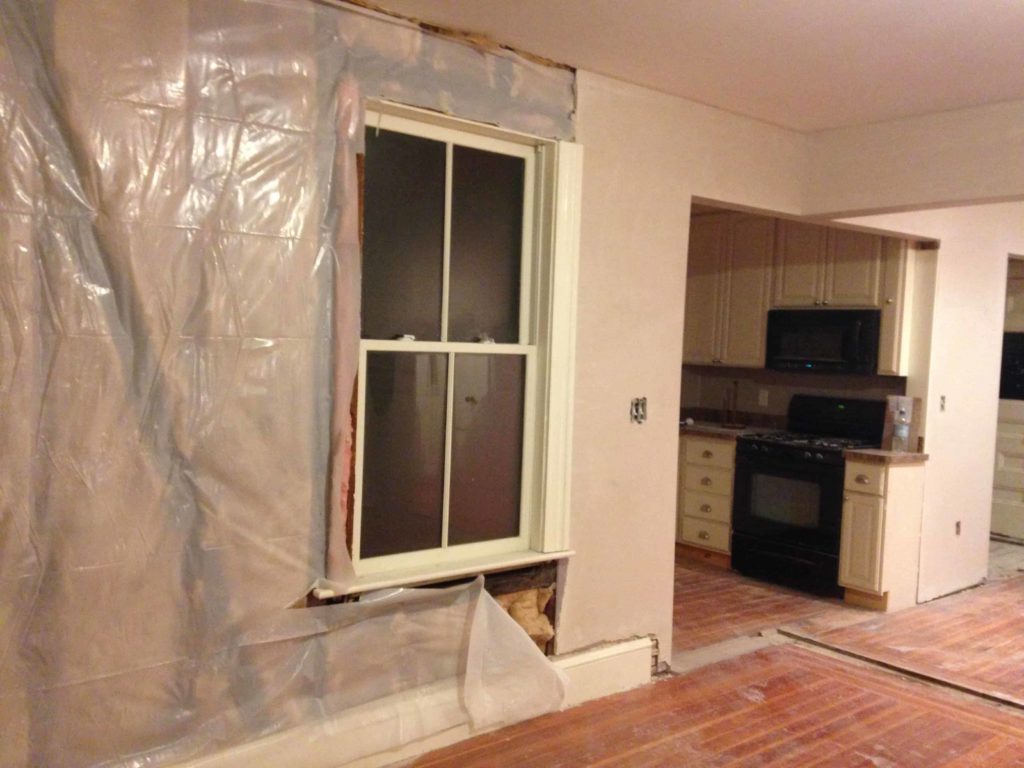 Below is the same wall (from a slightly different angle), after we spent a ludicrous amount of time and energy pretending we were on an HGTV competition show, rather than behaving like regular homeowners. 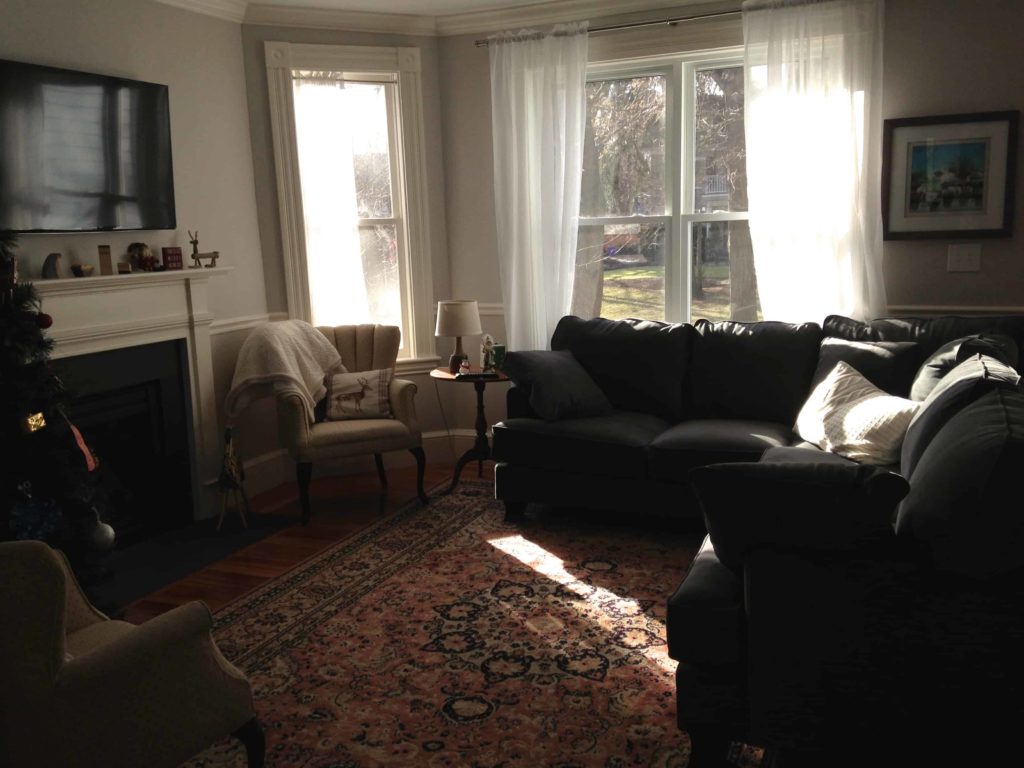 Here is a view of our former dining room (with the pink walls) and former family room (blue walls in the background). 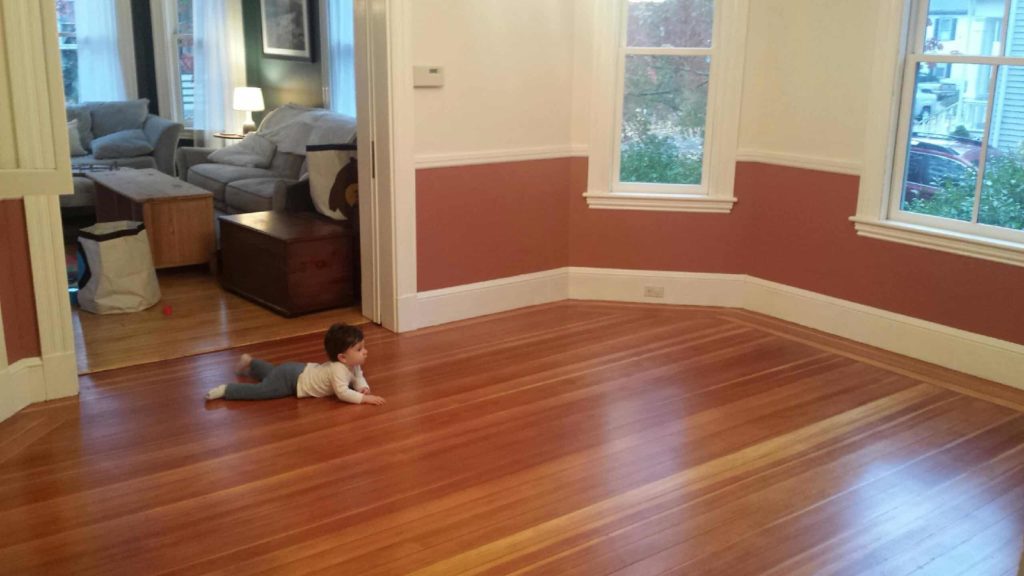 Before demo began (aka not yet a hazardous dump) 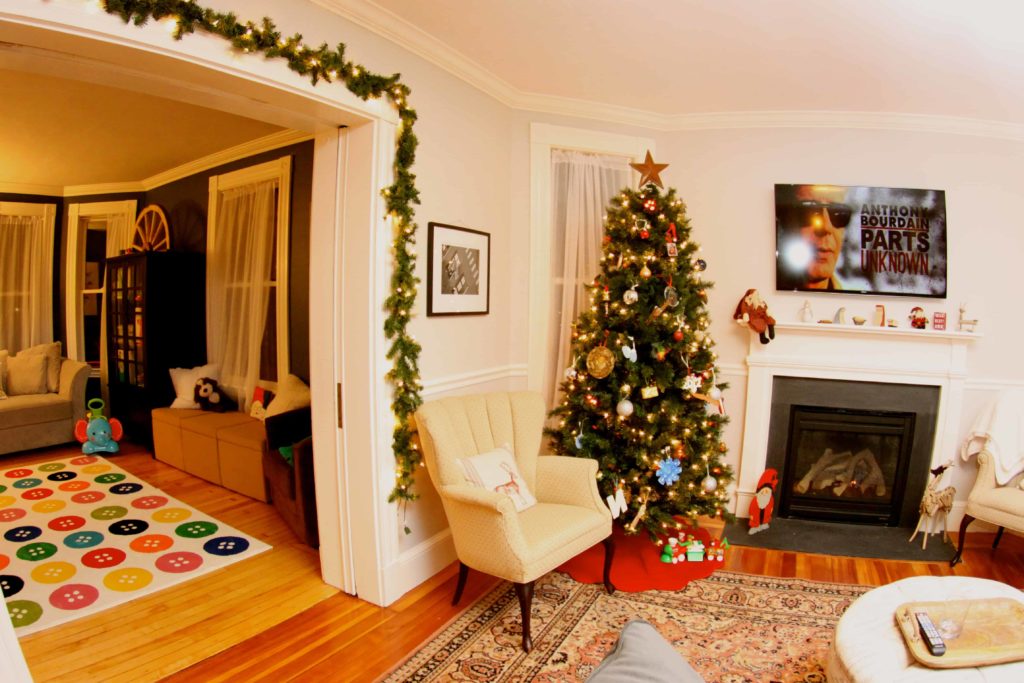 Here’s a view of the kitchen/dining area, before we took the wall down: 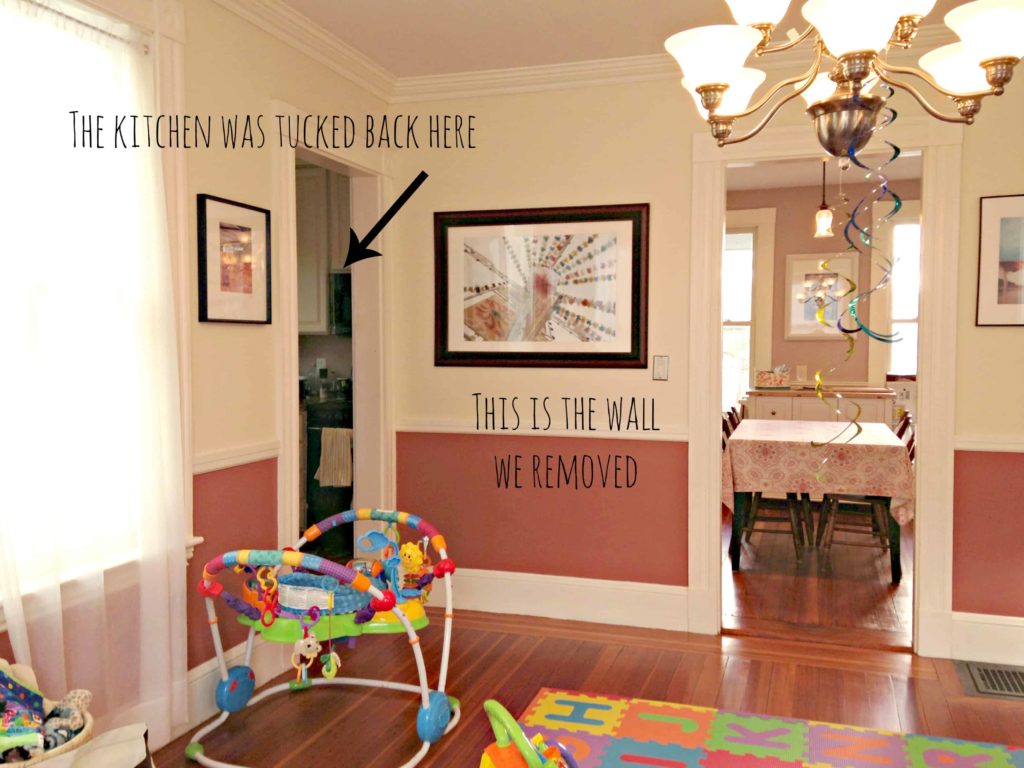 Here is the after shot. The kitchen is in the same place, but now it opens up to the rest of the first floor. Taking down the wall makes it seem approximately 10,000 times bigger. 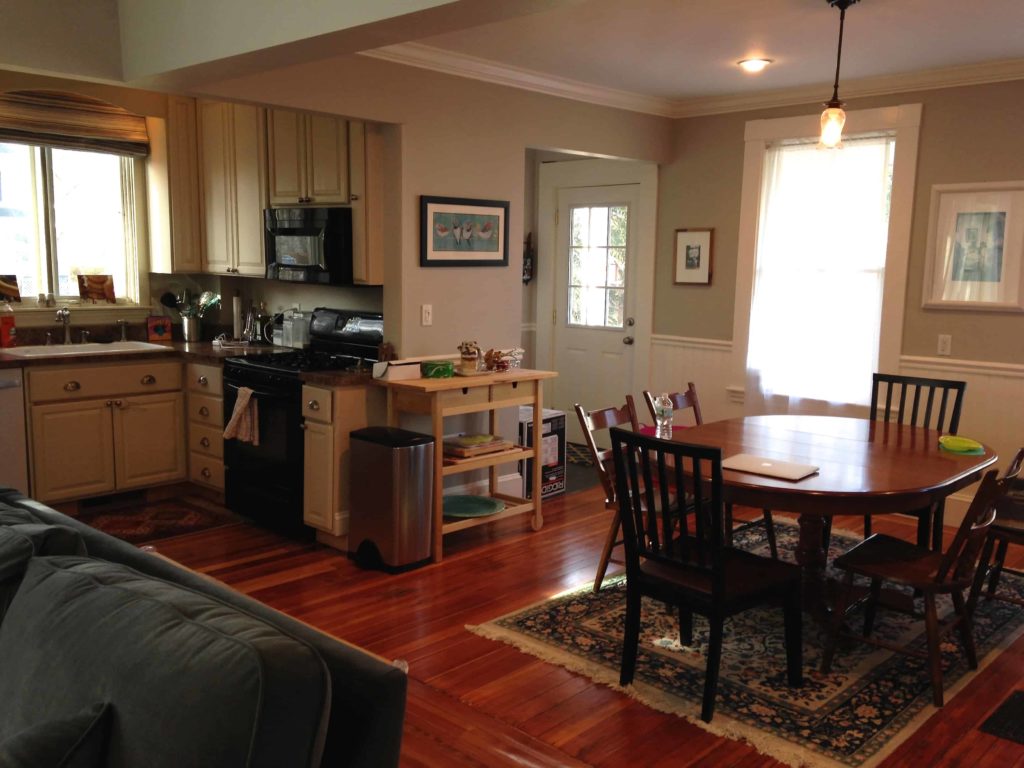 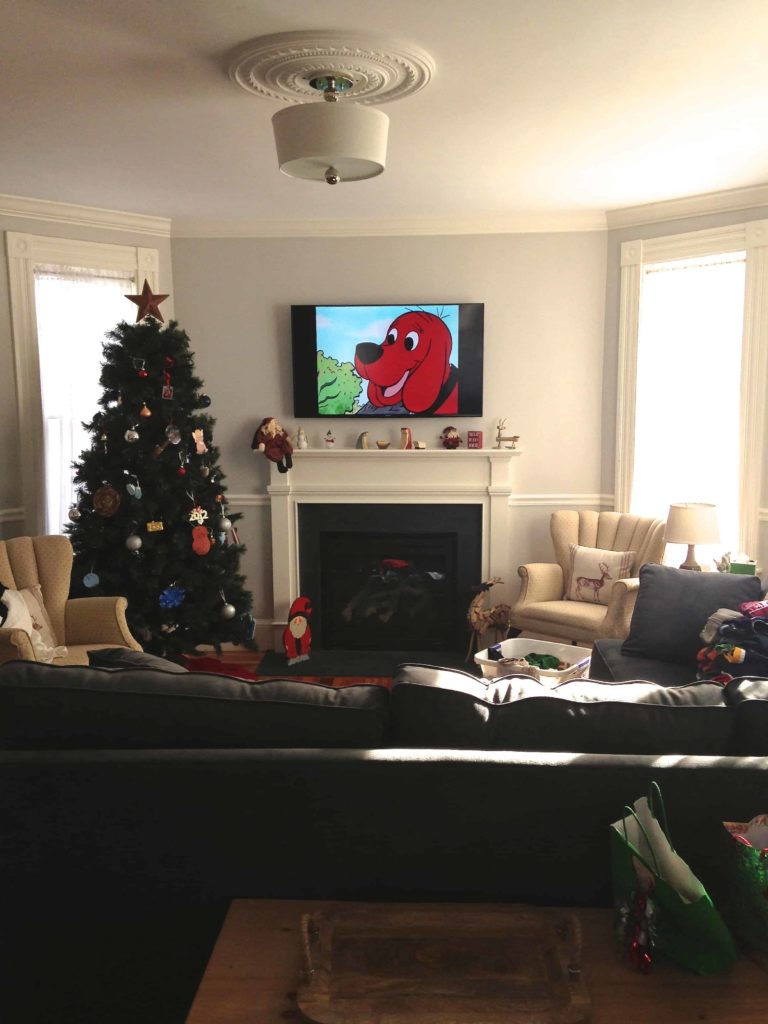 The family room was painted Light Pewter by Benjamin Moore, which I love! Since everyone’s monitor will look different, let me assure you that it is dazzling in an understated yet airy way in person. Also, it pairs well with Clifford the Big Red Dog. 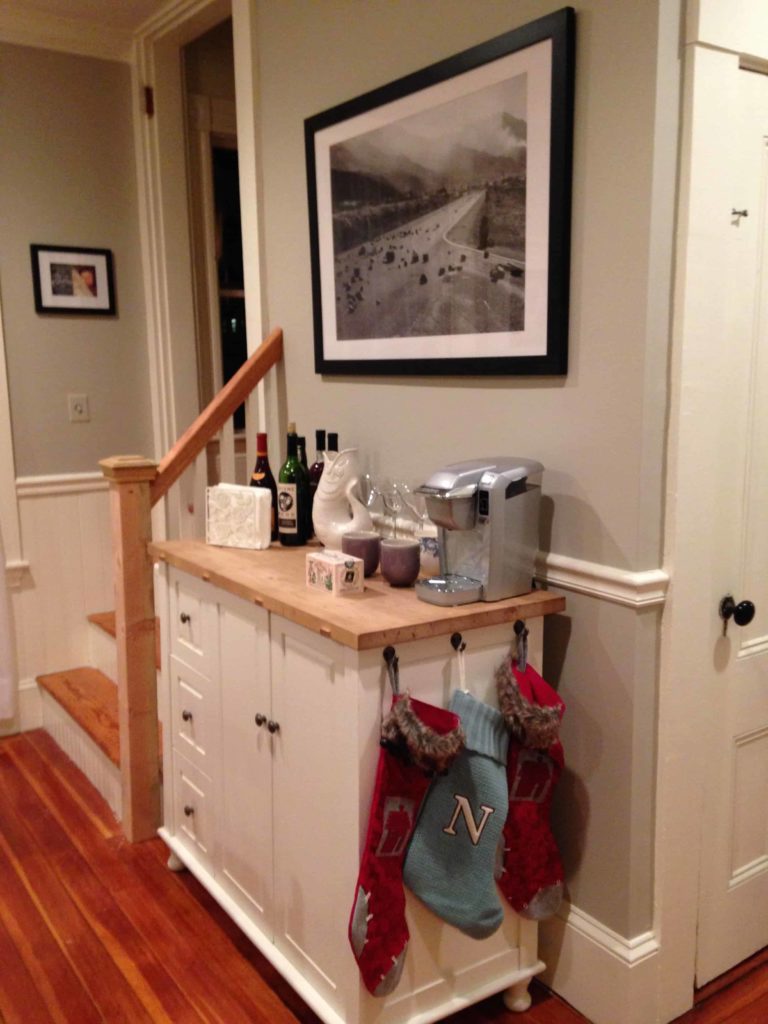 These are the kitchen walls we painted Revere Pewter. So far nobody seems to be able to tell that they are a different color than the walls in the family room. Good thing I spent countless man-hours obsessing over the subtle variation. 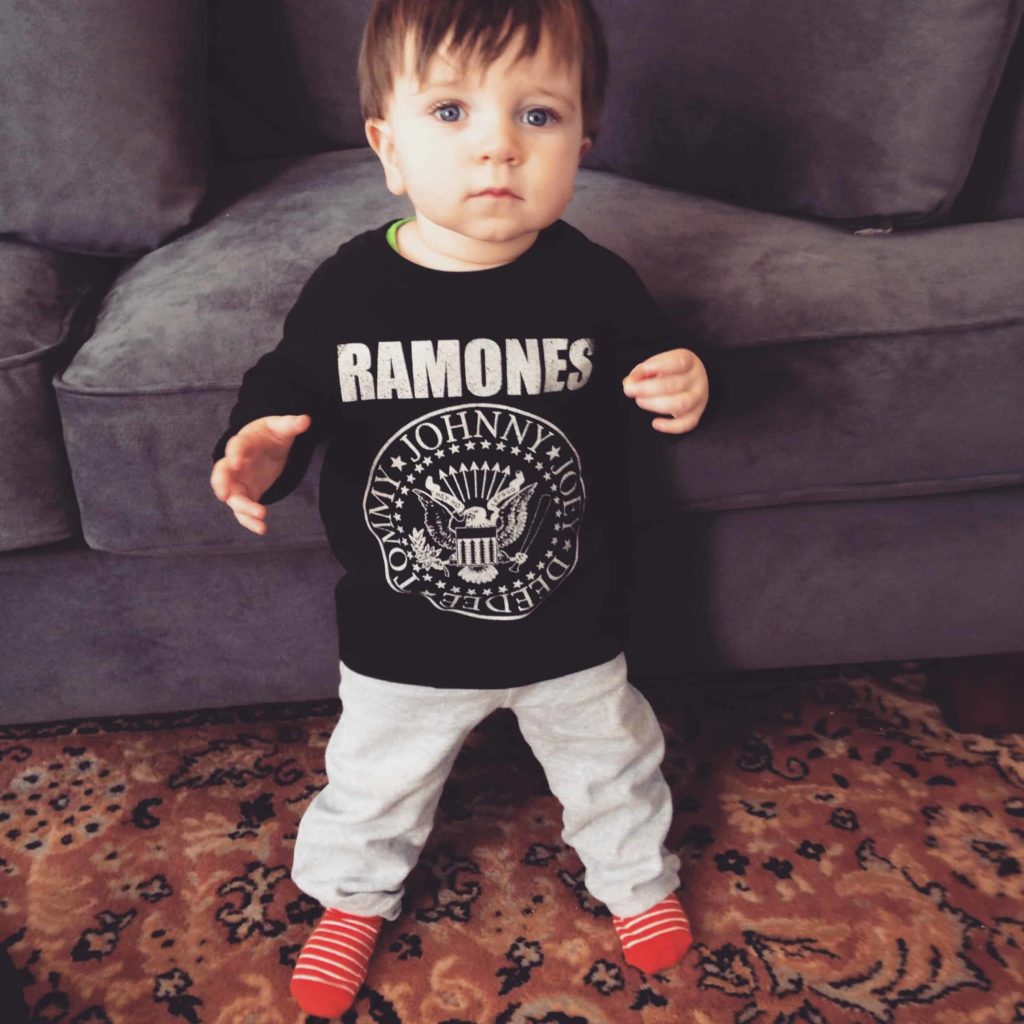 Gratuitous photo of Nolan looking like a badass in front of our new couch. 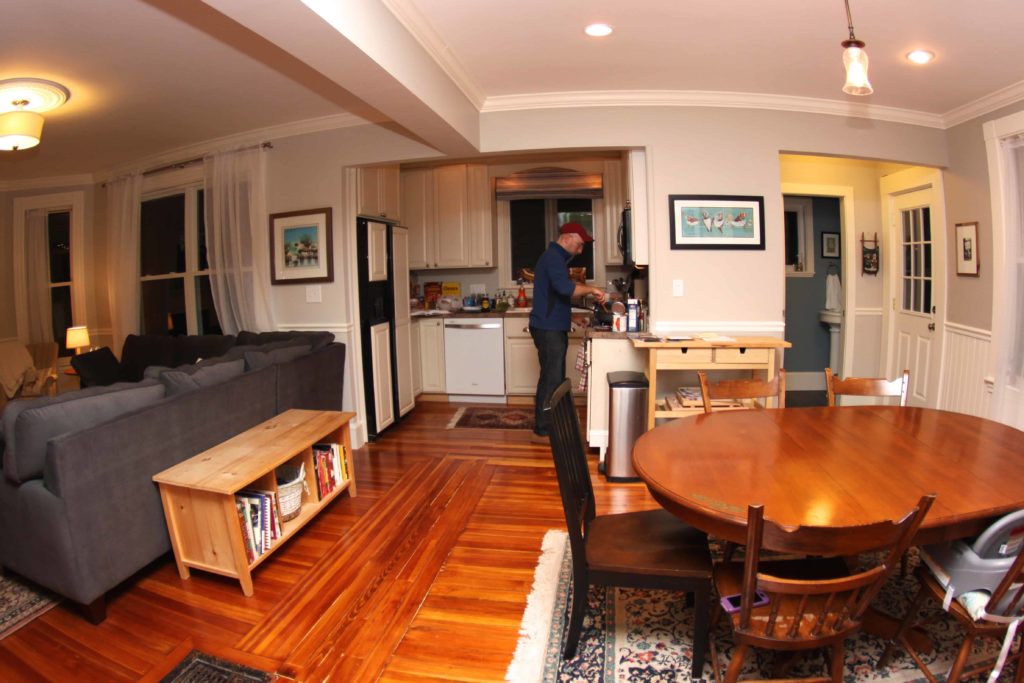 This photo is taken with a fish eye lens, which is weird but it gives you a sense of the space overall. On the right is our newly enlarged side entry plus a half bath. The solid core door we bought to muffle the sounds of urination isn’t as effective at sound proofing as one would hope. 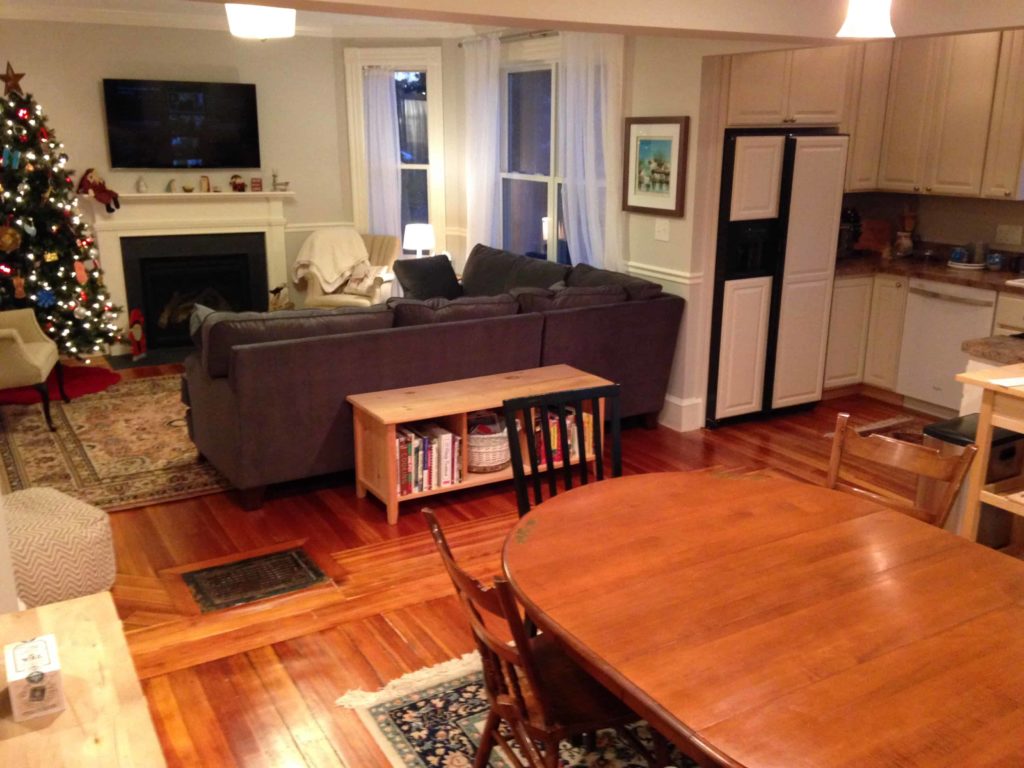 You can see our kitchen tucked away to the right of the shot. It’s still small, but without the wall I’m digging it so much so that I sense my conversion into a modern day Julia Child is imminent.

And now, what is likely of most interest on a mom blog – the playroom! 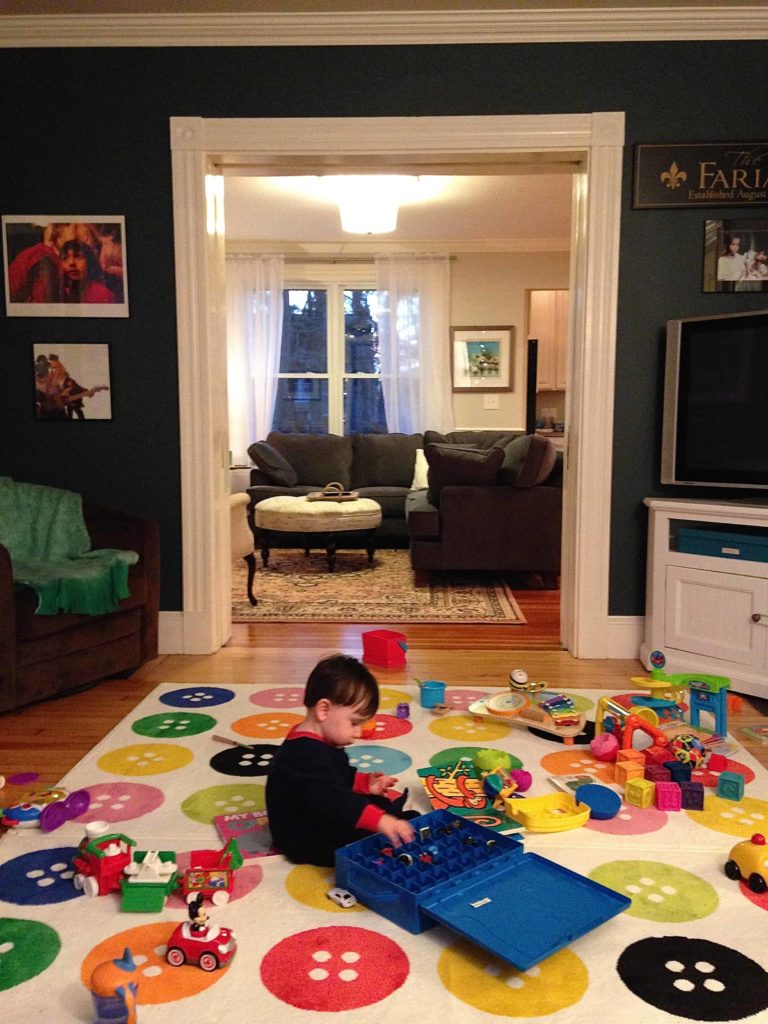 Nolan’s play room opens right into the family room, so I can keep eyes on him at all times. I’m like Big Brother but from a comfy couch. 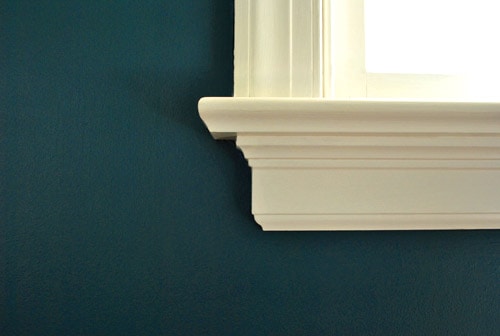 I’m including this photo because it’s really hard to tell what the wall color in the playroom looks like in most of the photos. This is a close proximity I found on Young House Love. Ours is slightly darker in tone. 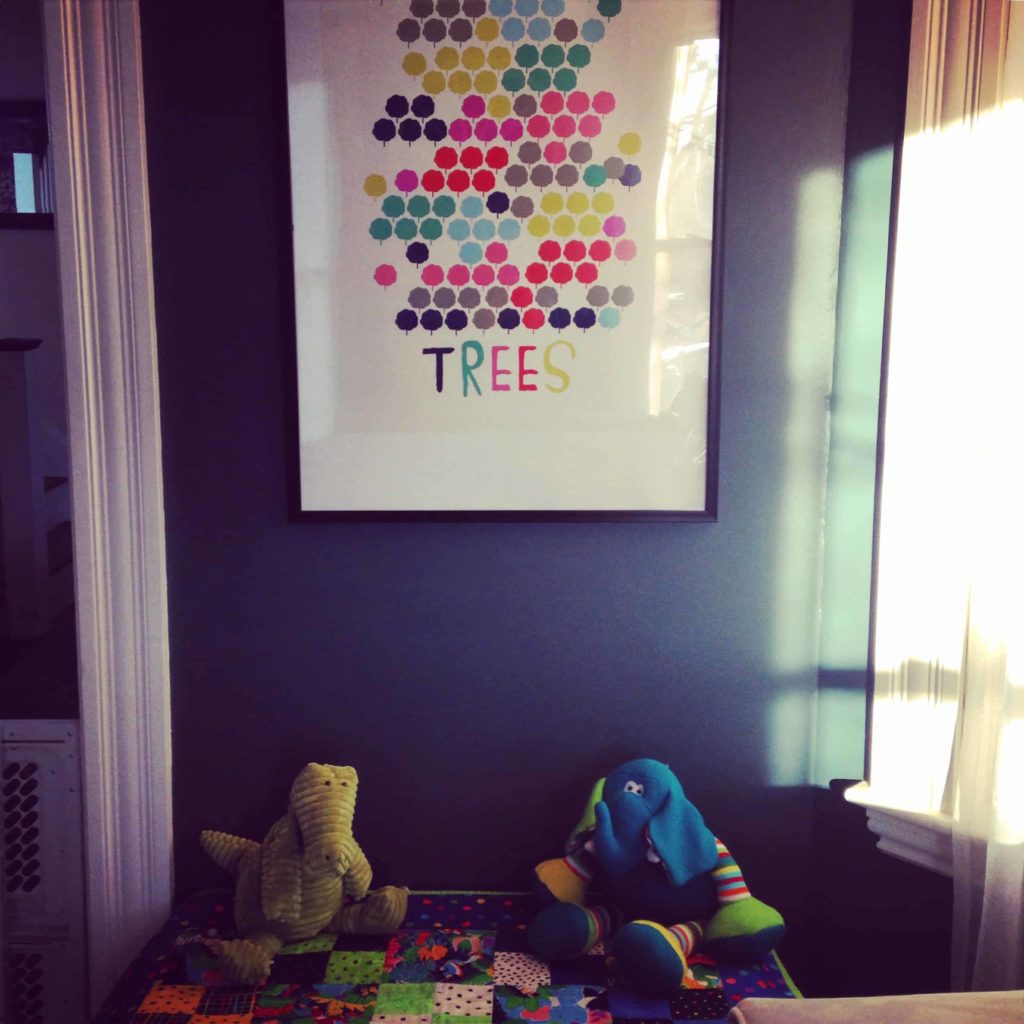 This Trees poster is from IKEA, and goes really well with the colorful “button” rug, also from IKEA. 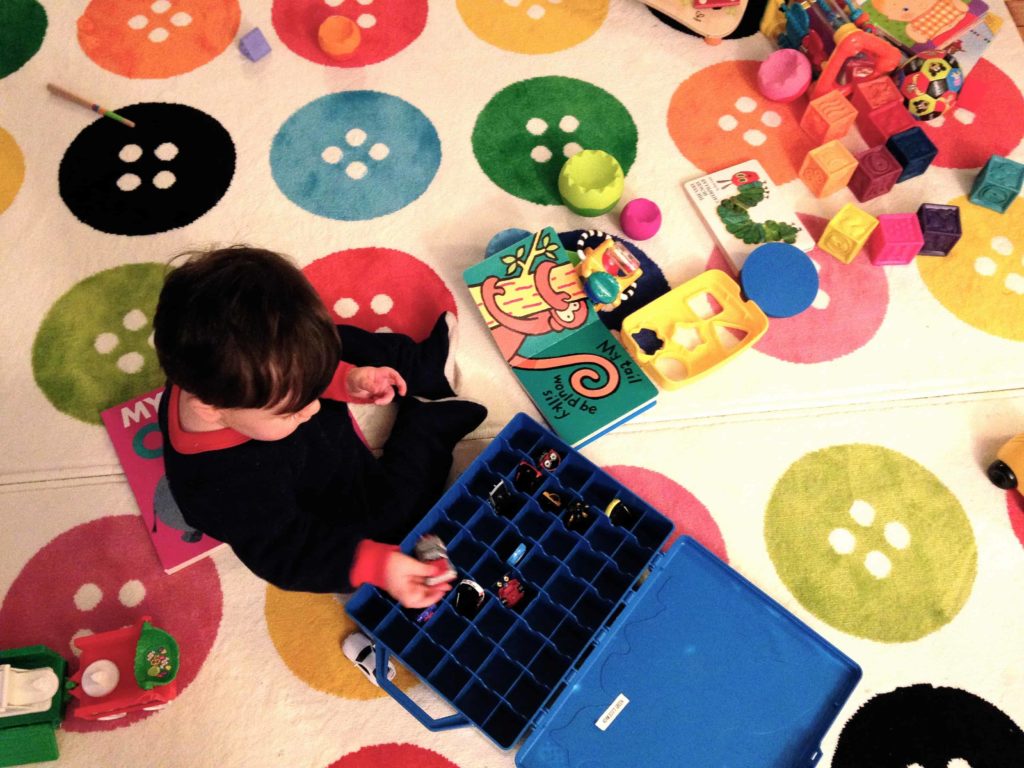 Notice the division in the rug? Well, IKEA doesn’t make this rug in an 8×10, so I just bought two 5x7s and stuck them together. Boom! 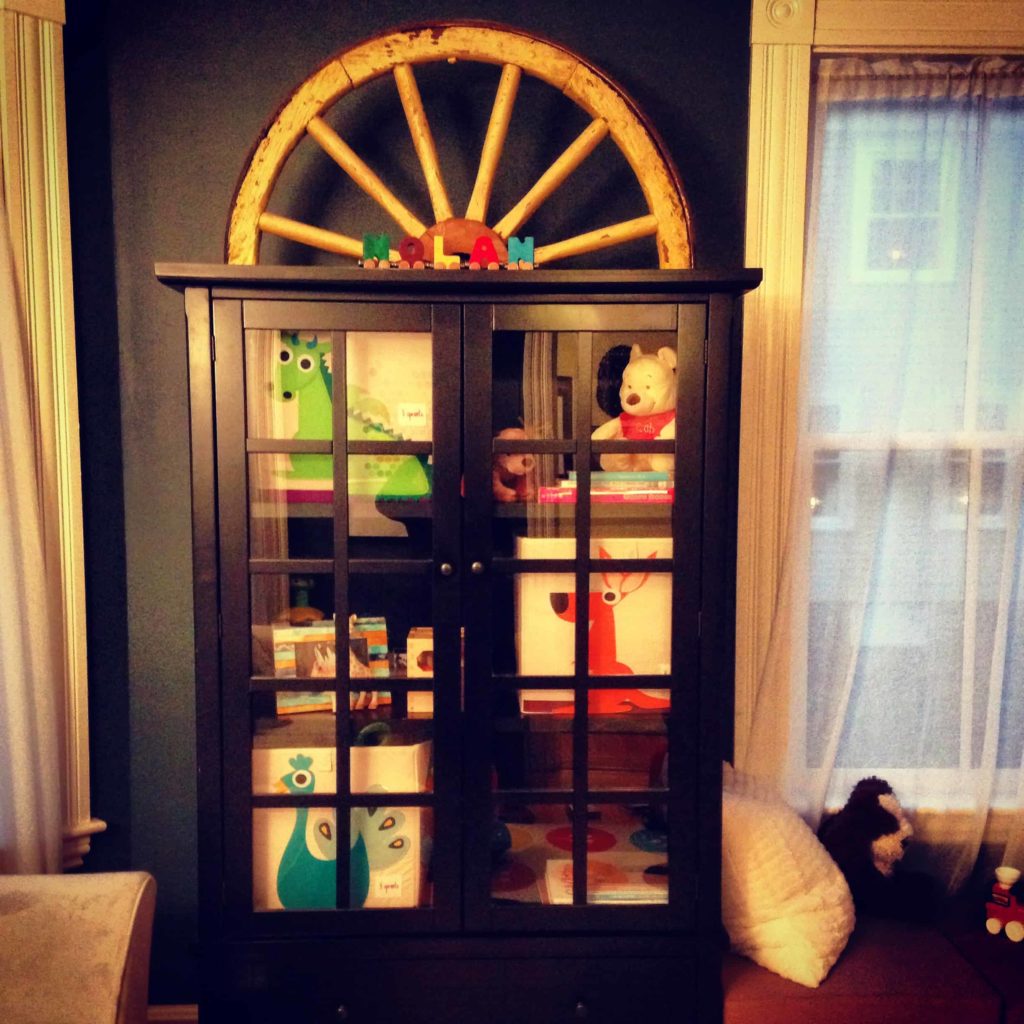 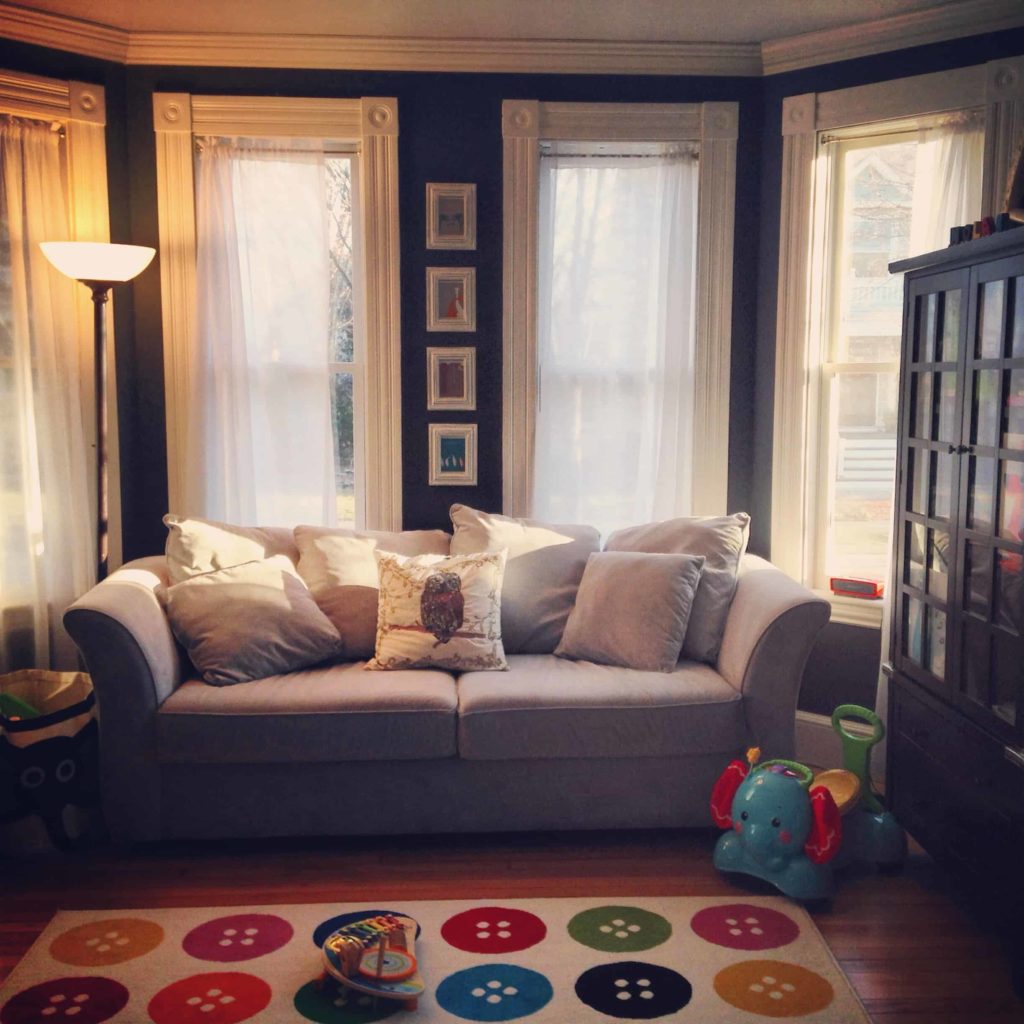 And finally, the entry (which you would think would go first, right?): 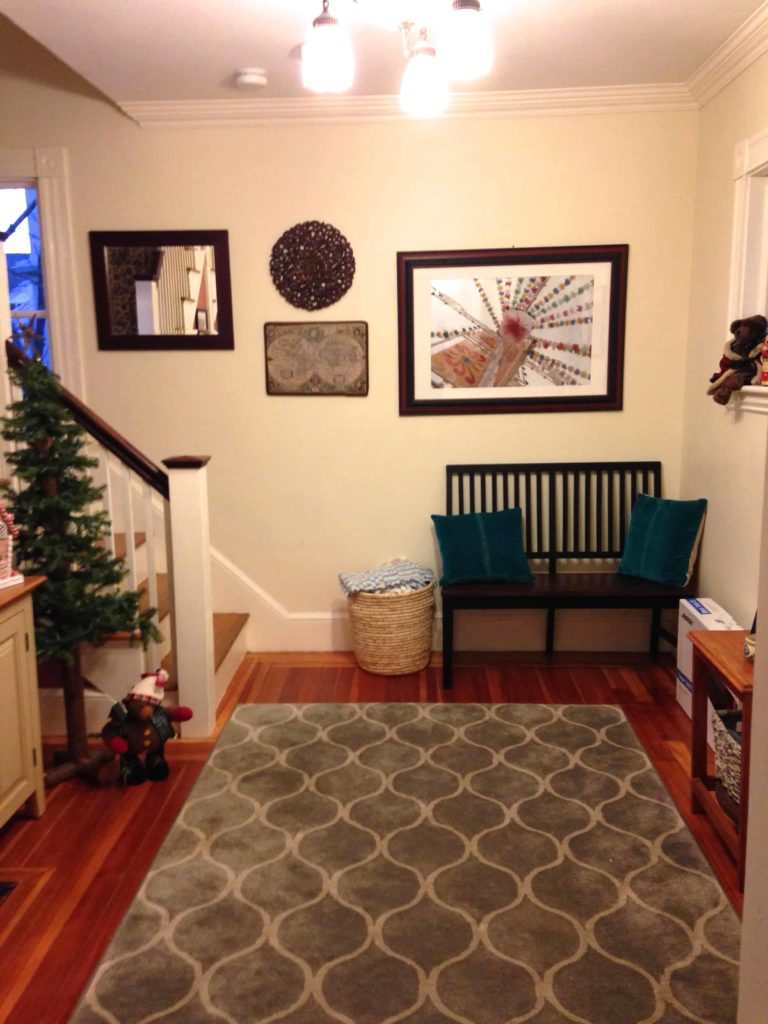 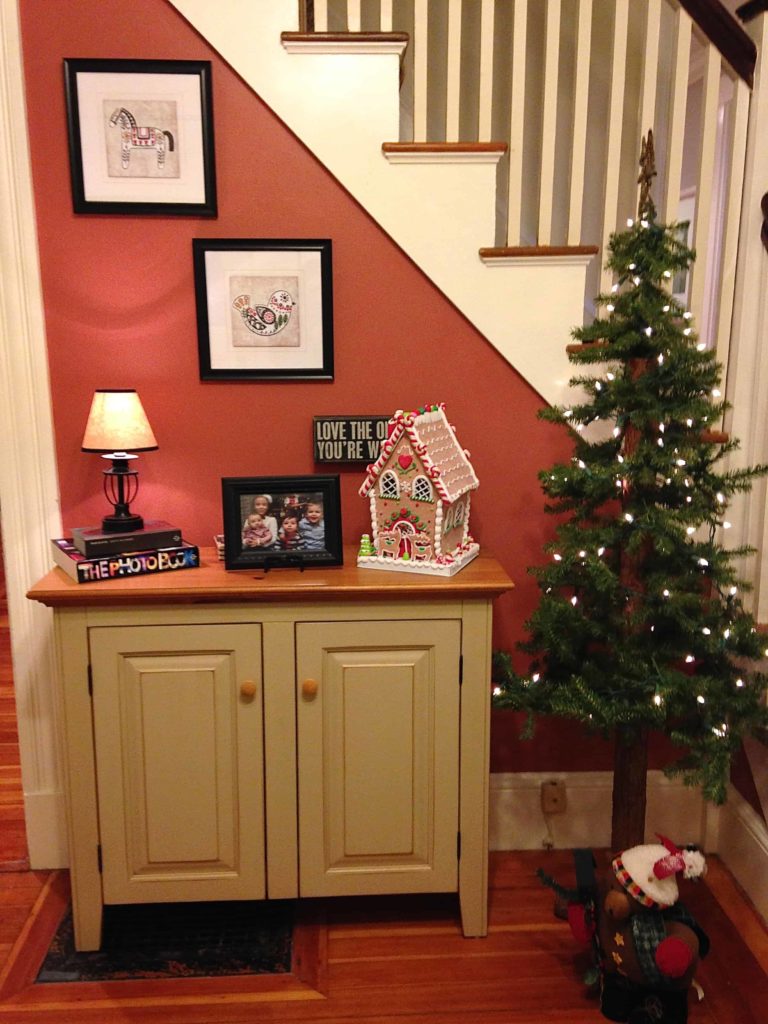 The framed photo of Nolan and his cousins is so cute I can’t even take it.

In fact it is so cute that here it is bigger, so you can really see just how cute: 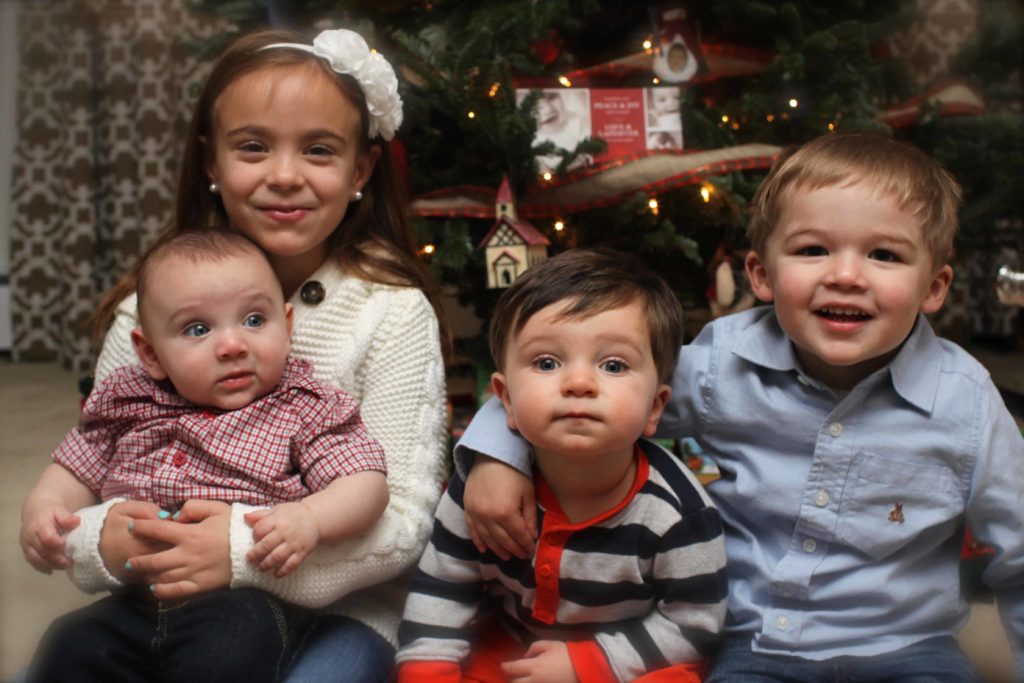 And here are two other photos from that series, just because. 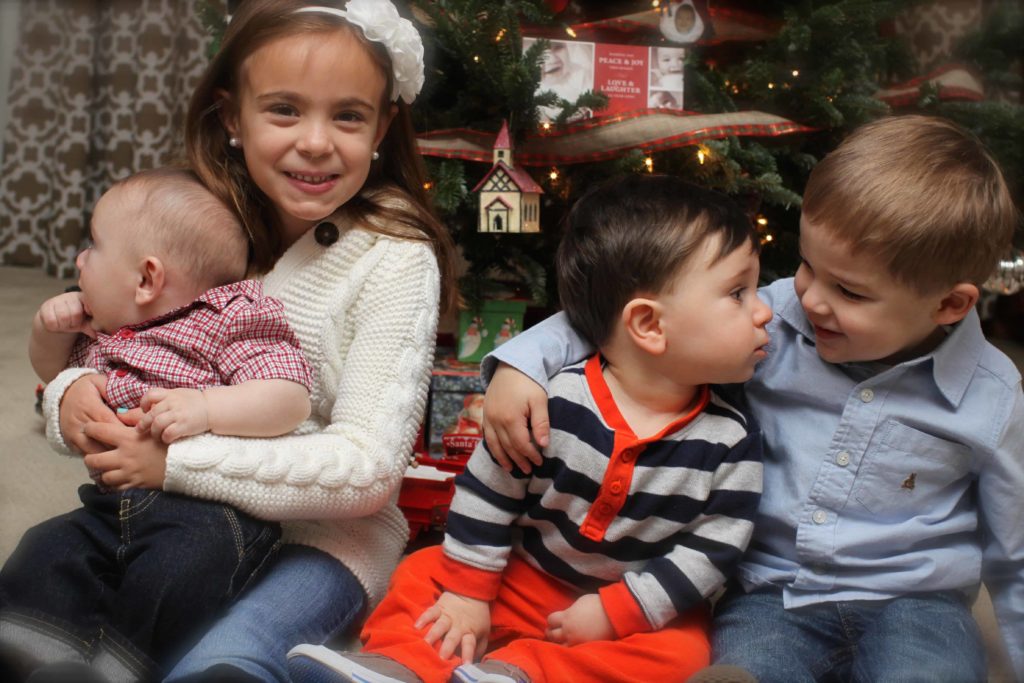 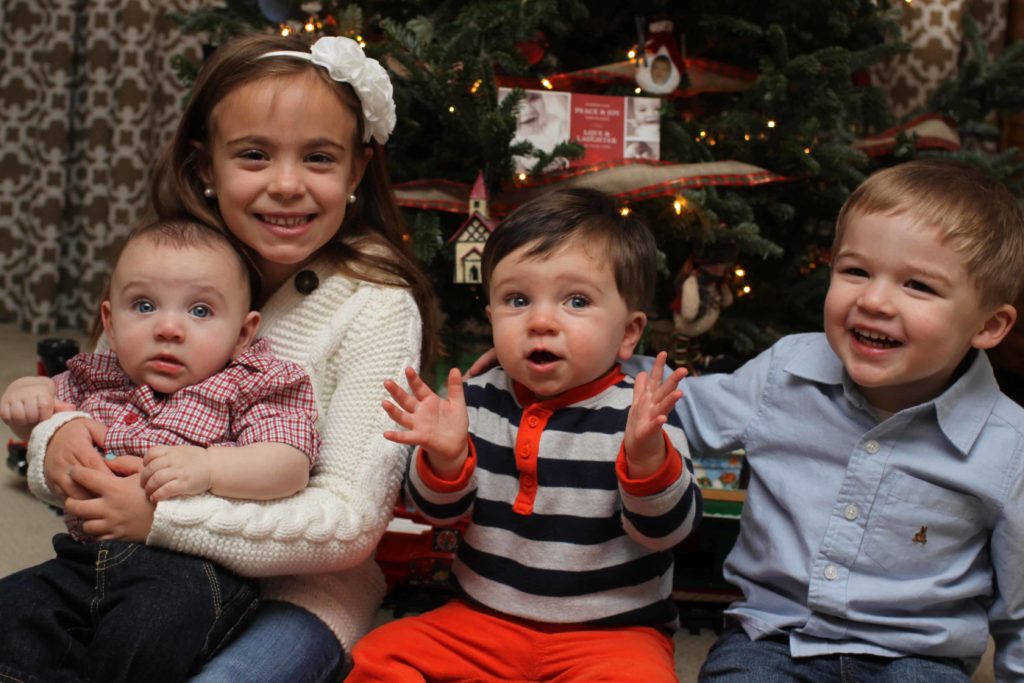 Sometime soon I hope to have a more detailed post on playroom setup. First that will require me to get Nolan’s playroom tweaked, but that needs to wait until I can finish putting away a shit ton of laundry. That project, as it didn’t effect my “designing”, has taken a back seat. It needs to take a front seat because otherwise the stray clothes may overtake our second floor, and the last thing we need is to be invited on Hoarders. Hoarders is not an HGTV show, after all. If it switches networks, sign me up! 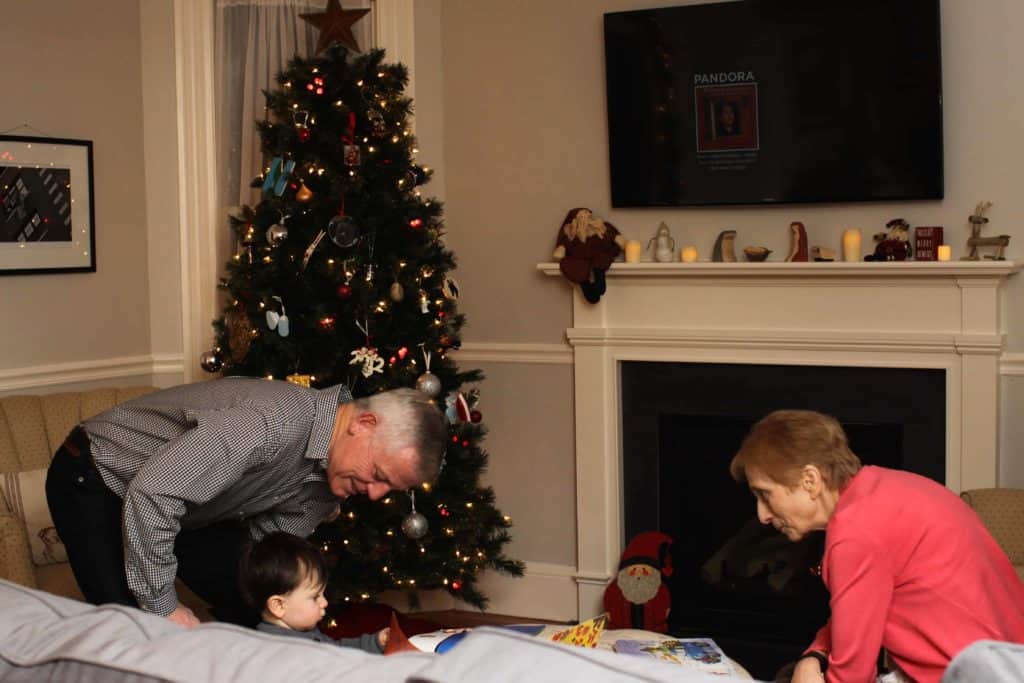 Special thanks to my sister Catherine for preparing all of the food for Christmas Eve! There was no WAY we were pulling off both house prep and food prep. No friggin’ way. Having a sister who can basically cater a party at your house is really a Christmas miracle. 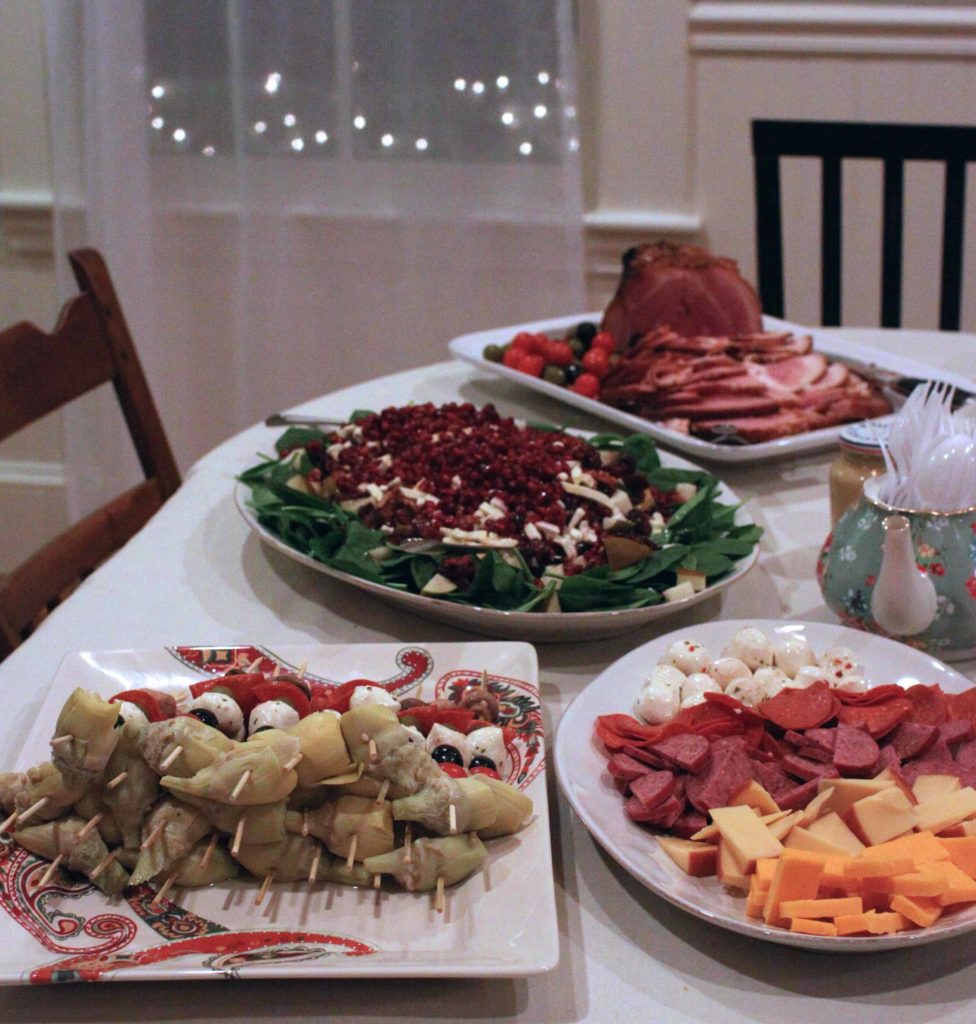 If you have renovation plans for 2015 and want to send me some before and after shots I’d love to see what people are doing! Happy New Year! 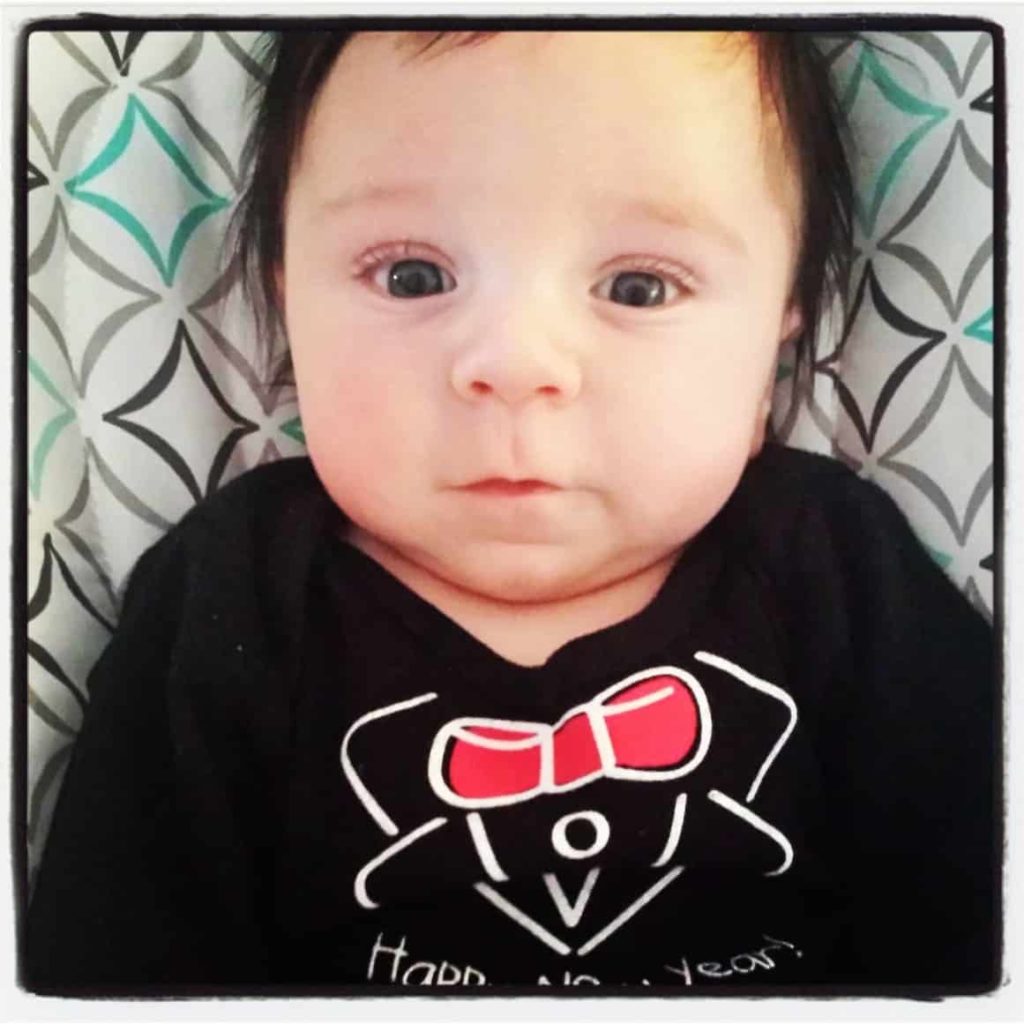 « Bad Santa
In The Nursery, Where Time Stands Stills »