×
You are here: Home / Parenting / The Secret Danger of Day Care: How Competent Providers Highlight Your Glaring Parental Incompetence 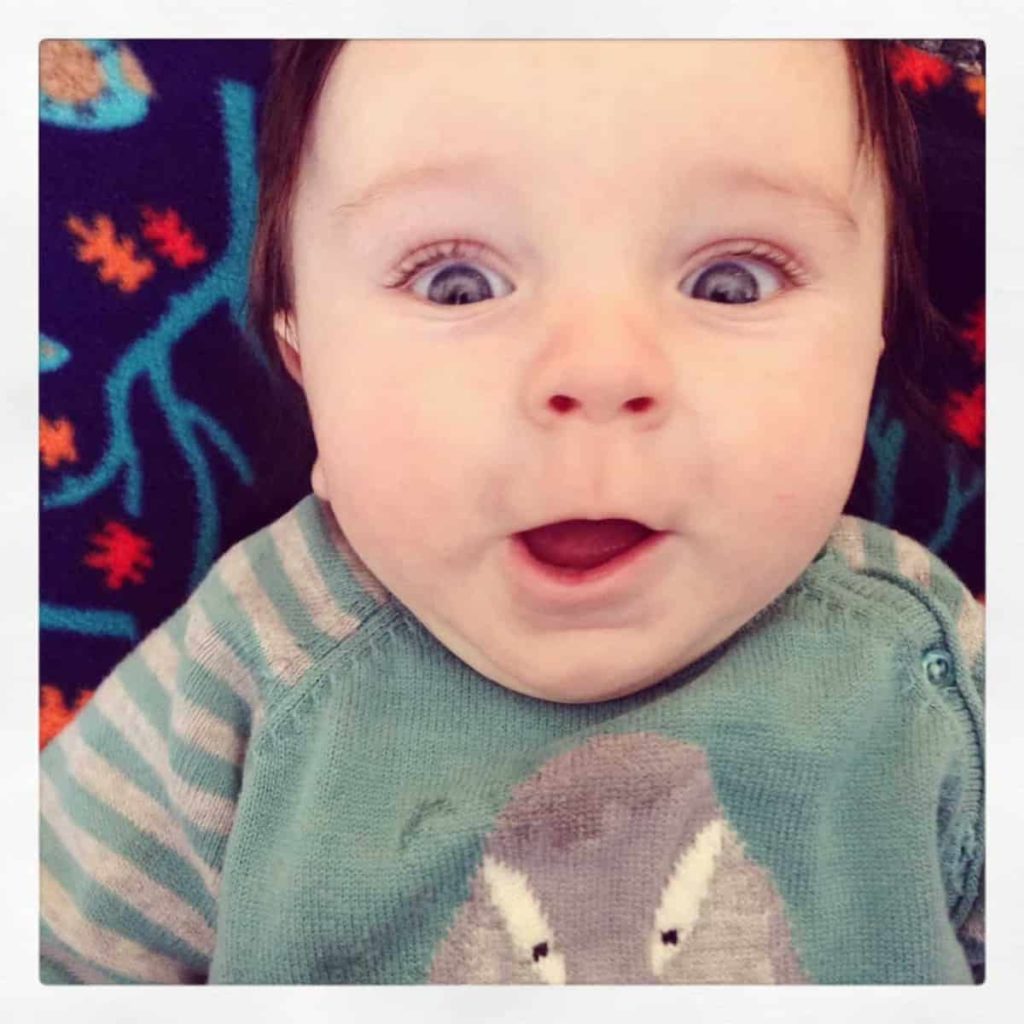 A question that many of us face with a new baby, beyond the obvious one of where in God’s name did the belly button stump disappear to, is the question of who will watch your child if you’re planning to go back to work.

Grandparents? Day Care? A nanny? A friendly but unkempt pack of roaming dogs from the neighborhood?  The choices are endless.

And that is the problem.

You’re hard pressed to find a new parent who isn’t anxious about making the right choice when it comes to this all important matter.

Make a bad decision and you will most definitely ruin your child for good. The emotional scars will be deeply etched, and you will have only yourself and that pack of dogs to blame.

Make a good decision and early admission to an Ivy League school is guaranteed. Your child will be more witty and attractive than other kids, with a WAY higher IQ. And also he will probably be taller, dramatically improving his chances of holding political office. Other than that, the stakes aren’t very high.

Nolan had a brief stint in day care, in my time post-maternity leave but prior to becoming a SAHM.

(If you are wondering WTF that is, refer to my earlier post, The Mommy Forums, for a refresher course on ridiculous mom lingo (which I will now refer to as Mingo. Although I might forget I wrote this and never say Mingo again.)

Anyway, after consideration of both a center and a home-based operation, we opted for a home-based day care that we had heard great things about, led by a highly competent and warm woman named Vanessa. To be clear, Vanessa makes Julie Andrews look kind of like a bitch. 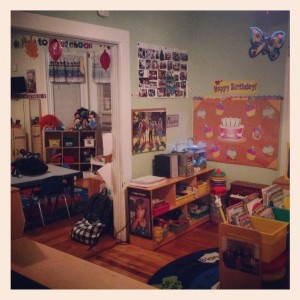 Things were going well in this new child care utopia.

Nolan was happy, and he had the added bonus of coming home each day smelling like Dominican food, since Vanessa and her assistant Juana prepared home cooked meals that permeated his clothes. I love me some Dominican food, so having my baby coated in this scent was a delight.

It was an even nicer scent than the anti fungal cream we had been using in his neck folds to clear up a little pesty yeast (*I am not joking about this. I loved that yeast cream!)

The pros were clear: Nolan grew 2 inches and learned to cook Sancocho in his first week, indicating that we had indeed made a wise choice.

It turns out that nothing makes you feel like an incompetent parent more than a highly competent day care provider.

This was not a problem I had given much thought to, but it turned out to be the only downside to day care. I think I would have felt better about myself with a slightly less competent provider watching my child, so that my parenting skills and authority on my own son would have been clearly superior, and so that I could have casually said at dinner parties, “It’s just really hard for me to leave Nolan at day care because, you know, nobody can care for a baby like his own mama.”

But that is a lie.  You know who cares best for your baby? Vanessa!

The level of care that Nolan received from Vanessa was fantastic.  So fantastic that I couldn’t even begin to keep up the same level at home, which made me feel self-conscious given that Vanessa had other kids to attend to, and also that she isn’t, you know, technically Nolan’s mother.

During my daily pick-up, when Vanessa and I would discuss Nolan, certain deficiencies on my end would come to light.

For a few weeks Brian and I had been using diapers that were *slightly* too small for Nolan.

We knew they were too small, but we already owned them, you see.  What we did not own was the next size up. Vanessa noticed this straight away, and when she mentioned that Nolan might need to move up a size I pretended that he had just now grown (overnight!) and that we were headed right to Babies R Us that very afternoon to remedy the situation.

Of course we wouldn’t keep putting tight diapers on our baby! What were we, the roaming-dog day care parents? No!

Naturally, when Brian and I discussed our dilemma (already owning the Size 2’s, but wanting to save face in front of Vanessa), we decided to do what I think anyone with good sense would do. We continued to use the too-small diapers at home (while paying the small price of having stray shit leak out the sides due to his unacceptable thigh to diaper ratio), but were careful to only send Nolan to day care wearing appropriately sized Pampers.

In order to execute this plan we did have to buy a small pack of Size 3 diapers, but we sure as hell weren’t abandoning the already opened pack of Size 2’s! This way we could still be economical but also simultaneously impressive.

Vanessa also had a habit of changing Nolan’s diaper EVERY TIME he peed.

This was beyond my wildest imaginings.

Nolan urinates the very second we put on a fresh diaper EVERY SINGLE TIME.  His diaper is never NOT wet.

I almost couldn’t believe it when Vanessa mentioned the number of times she had changed Nolan’s diaper, as it never occurred to me that this was something people did so regularly. She would even wash his face and hands, with actual water, after each change. This pace is just too grueling for me. 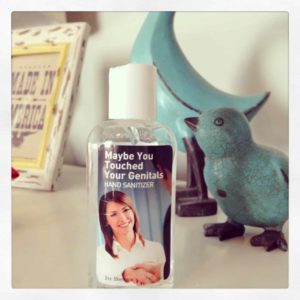 True, I may not wash my kid’s hands that often. But I do clean my own with this helpful product.

Vanessa also suggested that we bathe Nolan daily, on account of him being perpetually soaked in his own fluids.

My working plan for baths was every other day, or once he peed on his own face 3 times in a row, whichever came first. This to me seemed very reasonable, but I didn’t dare say so to Vanessa.

After all, her business was babies, and she could spot a clean one from a filthy one a mile away.

Even in areas that are my relative strong suit, such as nail maintenance, (I’m a vigilante when it comes to nails, clipping them daily and not relenting in my efforts even when I occasionally draw blood. I have periodically turned Nolan’s onesies into crime scenes) – even in this area I fell short when compared to Vanessa.

She would without fail point out even the tiniest scratch on Nolan’s face, inquiring as to whether I had seen it and offering to file his nails to make sure he was safe. You would have thought we were dealing with Edward Scissorhands, Vanessa was so concerned about those scratches.

The same level of vigilance was granted to diaper rash. What to my eyes looked like mildly pink butt irritation was apparently full-on diaper rash, requiring creams and ointments.

I had been looking at Nolan’s slightly pink butt crack for months and thinking nothing of it, come to find he was plagued by this debilitating skin condition right in front of my own eyes!

Vanessa’s use of creams was prodigious, rivaled only by the women who give out samples at Macy’s. She would regularly cream every last inch of my previously dried out baby, coating him in lotions so aggressively that his clothes no longer moved freely over his pasty body.

When Nolan began eating solids, it was Vanessa who insisted on giving him real mashed banana rather than the jarred stuff that I offered to bring along. And Vanessa who pointed out that it might not be advisable for my little porker to eat rice cereal, lest his thighs explode.

I came to rely on this wisdom, and look forward to getting daily feedback on how I was doing with my baby. With Vanessa, the tone was never condescending; it was always helpful and knowing, the kind of experienced veteran you want helping you plan for battle.

Vanessa’s attention to detail regarding my baby was so impressive that I *almost* gave Nolan to her to raise as her own.

The only thing holding me back was that it stated quite specifically in our contract that this was not allowed. Actually I didn’t read the whole contract, so I could be wrong on this point, but my guess is it’s frowned upon to give your baby to his day care, even if it would mean a better life for him.

Also, I had a really nice baby shower, and nobody likes to feel that their gifts have been wasted, so this was another good reason to keep my baby for myself. And also I really love Nolan.

Thank you, Vanessa! We will miss you.

As an aside (a WAY aside, as this has nothing to do with the point of this blog post whatsoever) – this weekend I ate an entire container of shaved parmesan cheese from Trader Joe’s over the course of two spaghetti dinners.  The container claimed to hold 28 servings.  Two and twenty-eight are very different numbers. How anyone could have spread that cheese over 26 more pasta dinners is beyond me.

I am mentioning this now because it really shocked me that I could eat so much cheese so fast, and also because Trader Joe’s is a liar! And also because now that I have a blog it would be a waste not to use it to mention such fascinating information. Isn’t that why people start blogs in the first place? 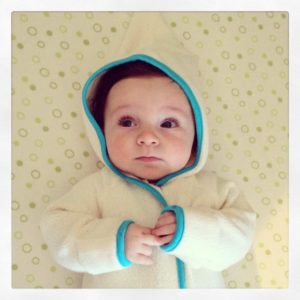 That IS an interesting aside about the cheese, Mom!