×
You are here: Home / All Posts / Water Babies 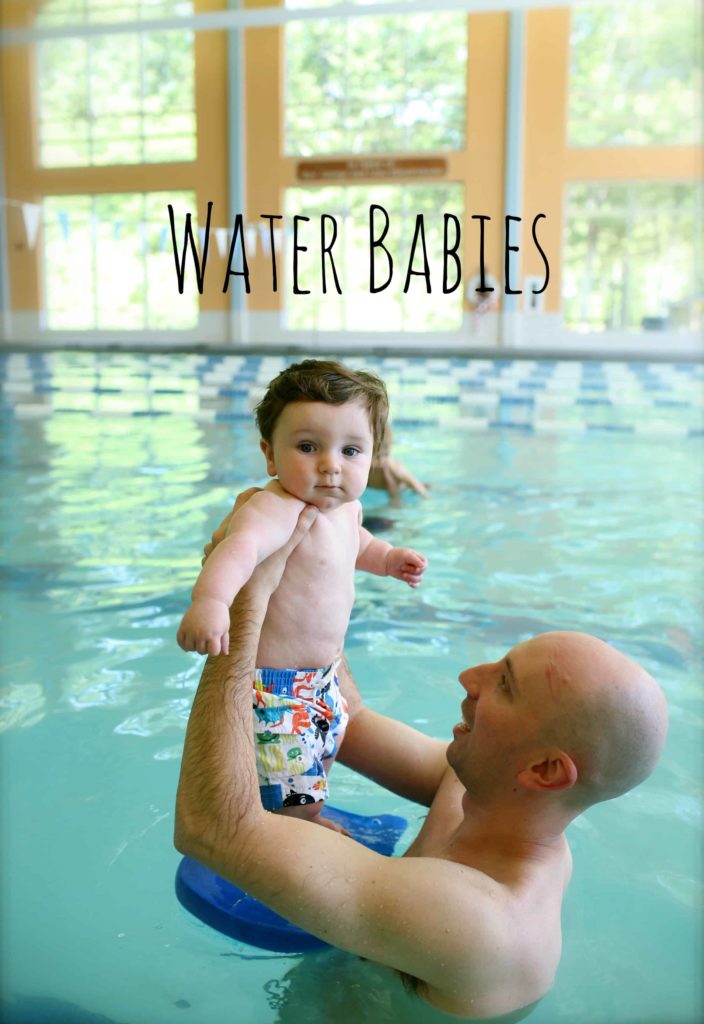 When I was a little girl I took swim lessons, as many little boys and girls do. The way it worked was like this: you started out as a “minnow”, then advanced to guppy, then fish, then Michael Phelps, then shark and so on. There were some basic skills that you needed to master at each level before you could be promoted to the next level. It was a logical progression, and they weren’t exactly requiring excellence from you in order for you to move along. The YMCA wants you to move along, after all. They’re not training Olympians, they’re training non-drowners.

Sadly for the YMCA, I was not to be moved along so readily in my youth. Did I want to advance from minnow to guppy to fish, like all the other little boys and girls? Why of course I did. Was I able to tread water for the requisite 3 seconds in order for me to do so? No, no I was not. It was pathetic, really. I just had no aptitude for it.

Usually, when you see a children’s swimming class, you’ll note that the children are roughly the same age. What you don’t anticipate is seeing, say, an 11 year old who simply CANNOT GET HER SHIT TOGETHER with a bunch of 6 year olds. Unless you were seeing me, circa 1990. 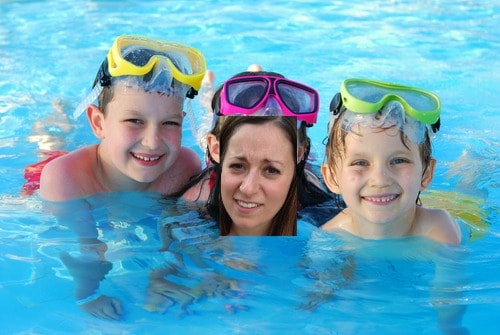 Given my own lack of prowess in the water, it seems prudent to start Nolan early. Working in his favor is the fact that he has a significant amount of buoyancy from his thigh-pudge. I’m optimistic that this will serve him well in terms of keeping him afloat, since it will certainly not serve him well in terms of fitting comfortably into swimsuits.

Also in Nolan’s favor is the fact that Brian was a strong competitive swimmer in high school, and he maintains a physique that is much like that of a porpoise. It gives me hope for our son, who does not appear porpoise-like but who at least has the genes for it.

This past weekend we took Nolan to his first swim “class” at the prompting of an old friend and his wife, who were taking their 9 month old son Jack. Given that Jack’s the same age as Nolan and considerably trimmer, we decided a little joint athletic endeavor wouldn’t hurt anyone. 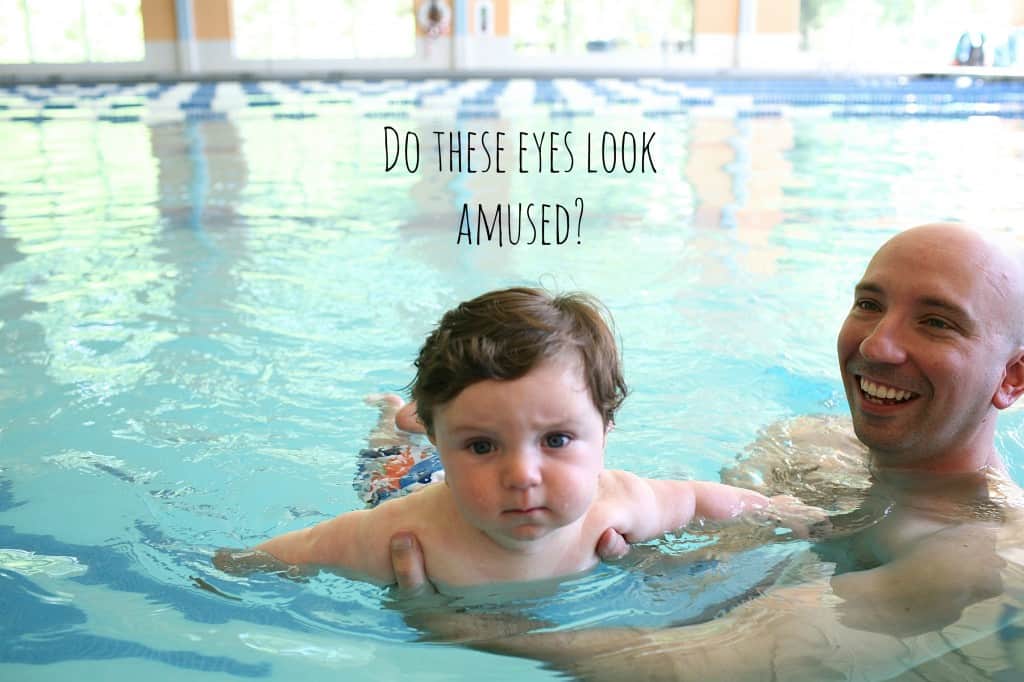 Nolan wasn’t *immediately* on board.

In the interest of self-improvement, however, Nolan worked to improved his attitude. He’s a good sport, that Nolan. 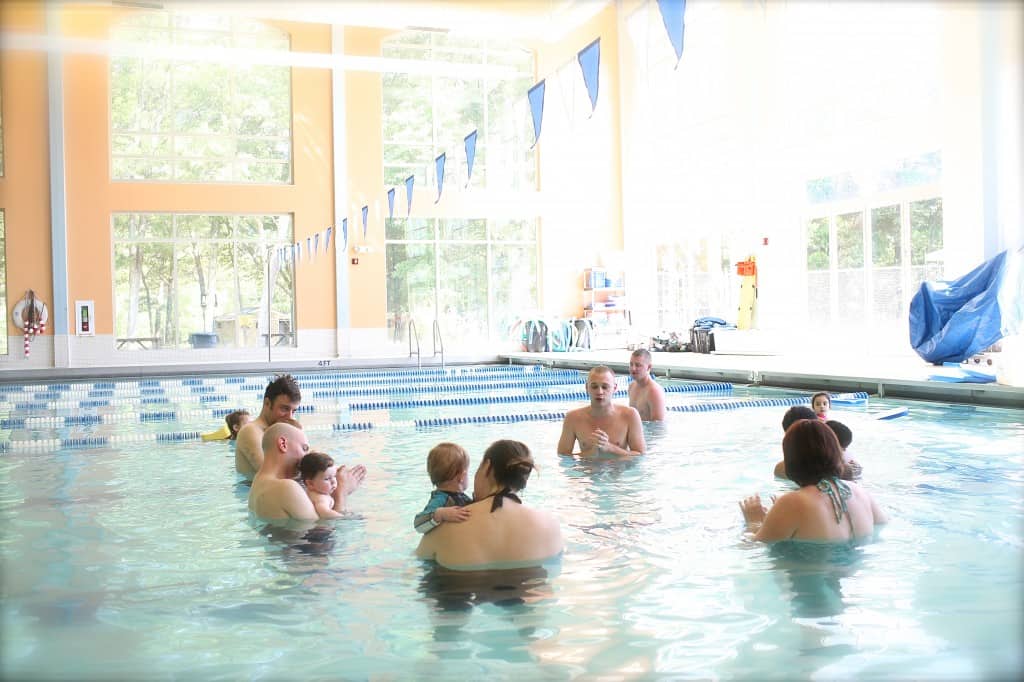 This is “class.” It consisted of a man-boy leader singing some songs while the parents pretty much did whatever they felt like with their babies. I’m not sure what I was expecting for this age group. Light aquatic calisthenics, maybe? A little synchronized swimming for the advanced babies? Not so much. 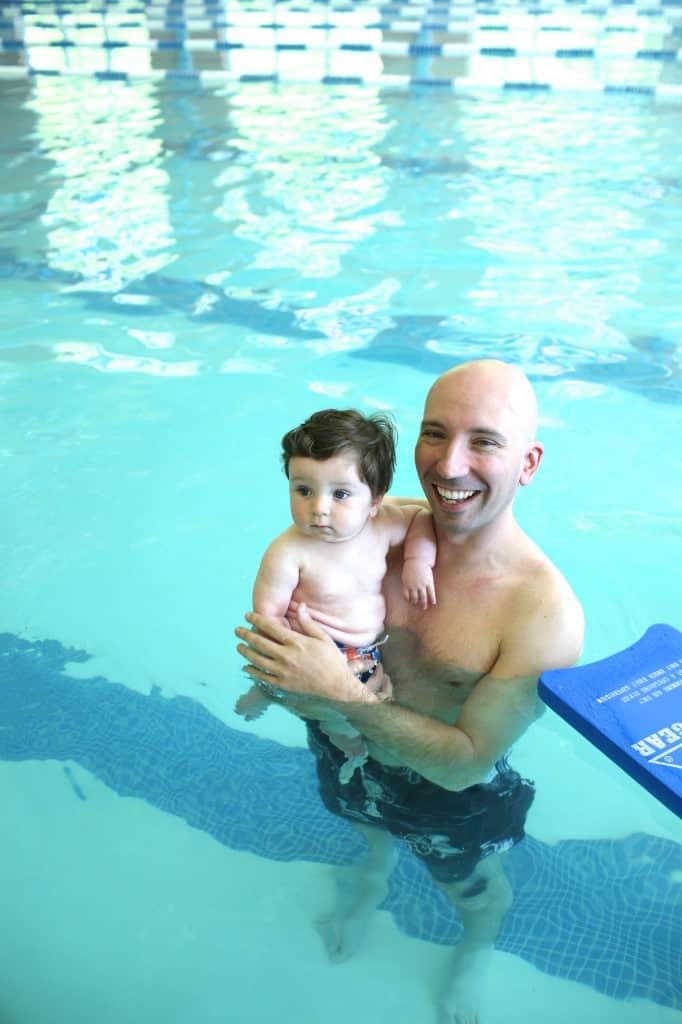 I really enjoy Nolan’s casual pose here. This was pretty much how he rolled during his lesson.

Except of course when he actually had to engage with the water. His casual attitude dissipated as the reality of what he was being asked to do kicked in. 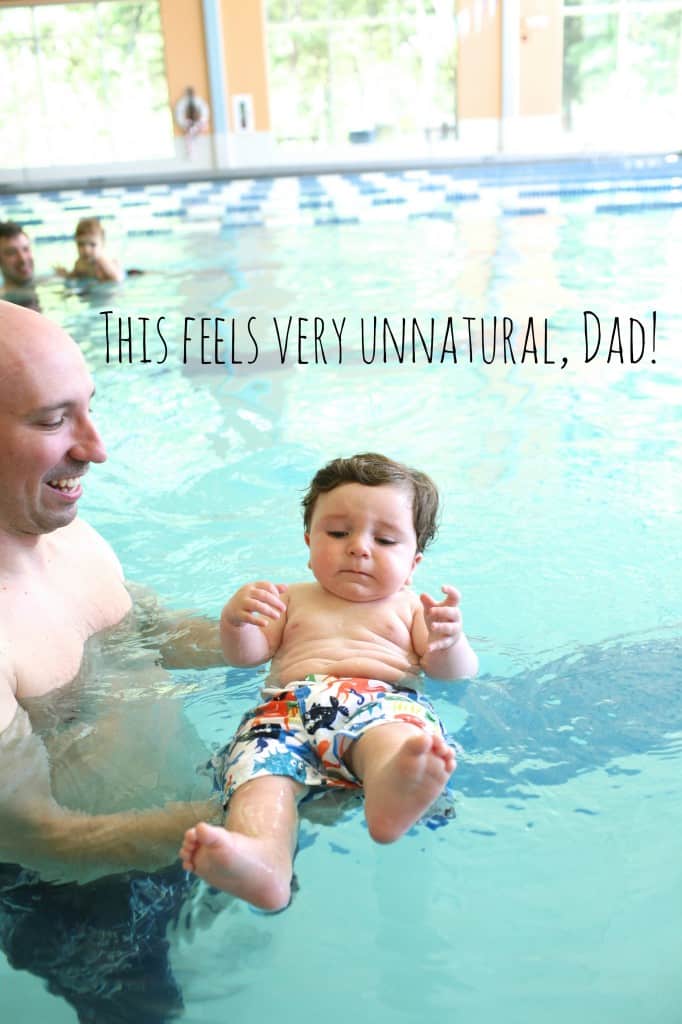 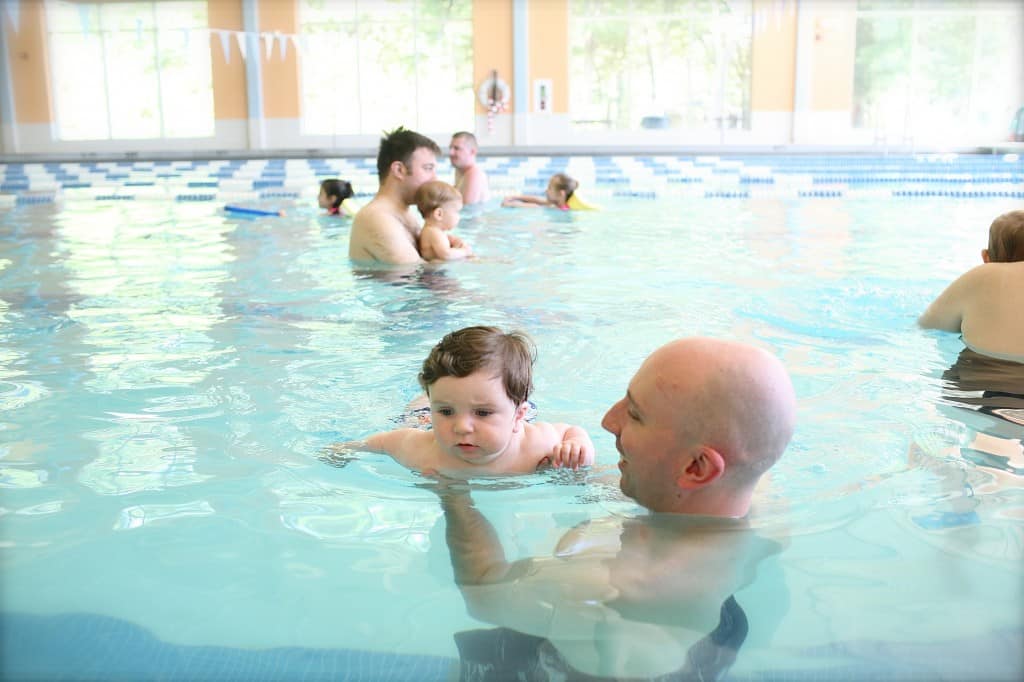 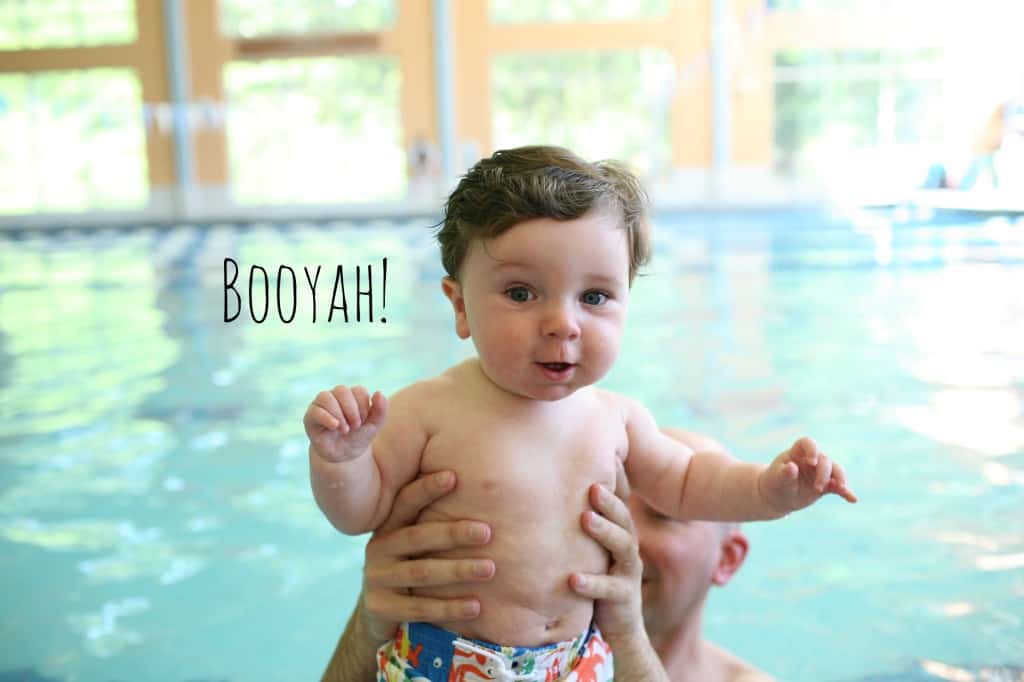 First swim lesson, in the bag! 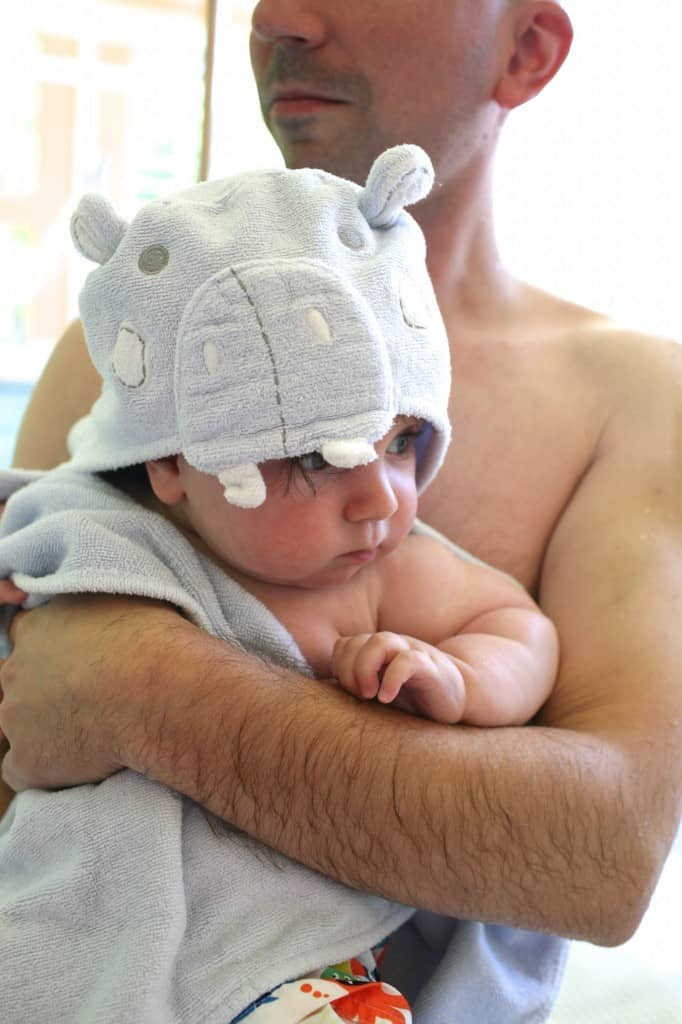 Nolan is “drying off his hair”, although if you will please examine the photos you’ll find that his hair was never wet. He is trying to make it look like he got in a full blown workout. I can’t blame him, I’ve used similar tactics in the women’s locker room at the gym. 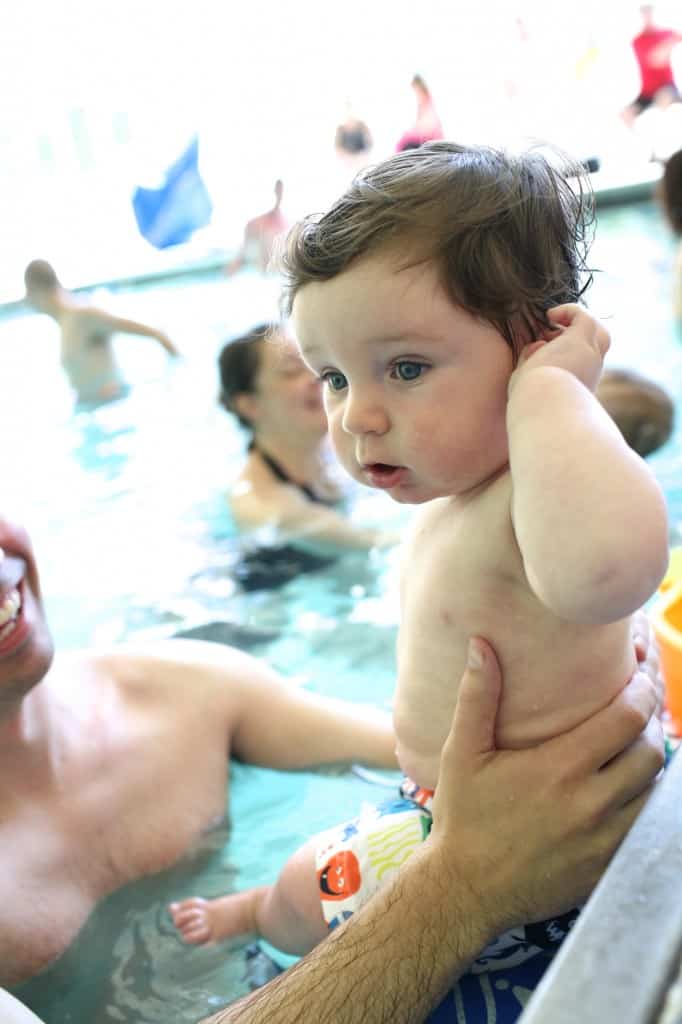 Nolan is a fan of Baywatch, and he knows that the key to a successful life is to look good poolside. Nailed it. 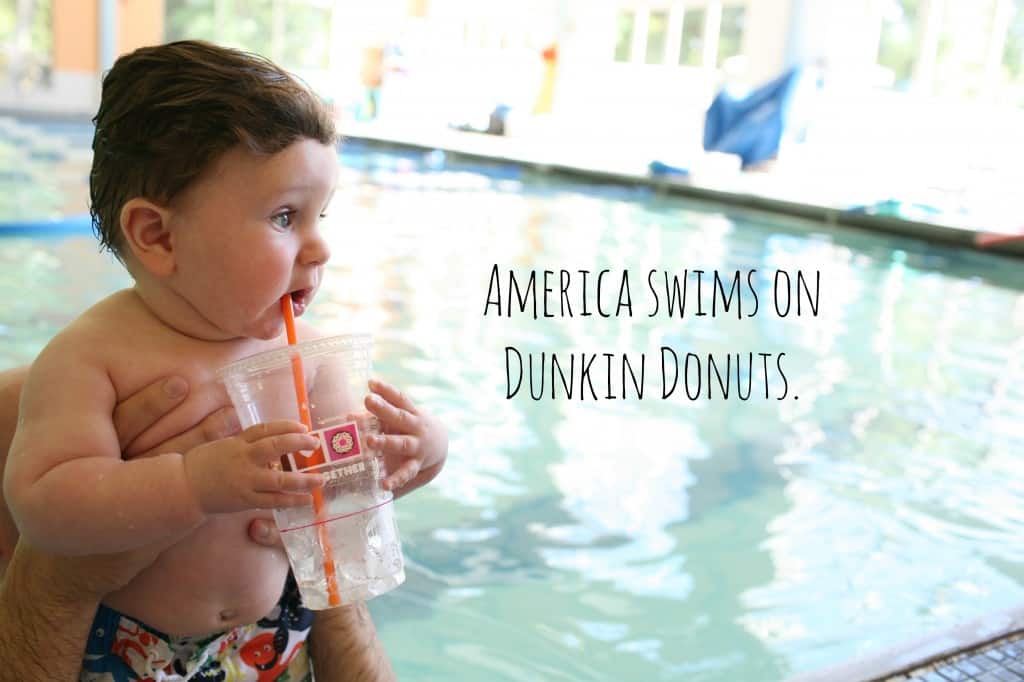 Cooling off after some strenuous aquatics.

An additional note on my relationship with pools – When I was about 10 years old, I was running around in my backyard, playing with my friends. It was a sticky day and I was thirsty. Lucky for me there was a hose running, tempting me with streams of cool refreshing water. Little Liz grabbed hold of that hose and drank in several thirsty gulps without pause. Well a pause would have been prudent, because it turns out that the hose was draining out our pool water, which had been stagnant all winter. It drained that algae infested water right into my mouth. In case you’re curious, that will make you VERY SICK. I say this as a cautionary tale, as I’d like for this blog to be periodically helpful while generally being not at all helpful. Drinking pool water from a hose is a seldom discussed danger of pools. 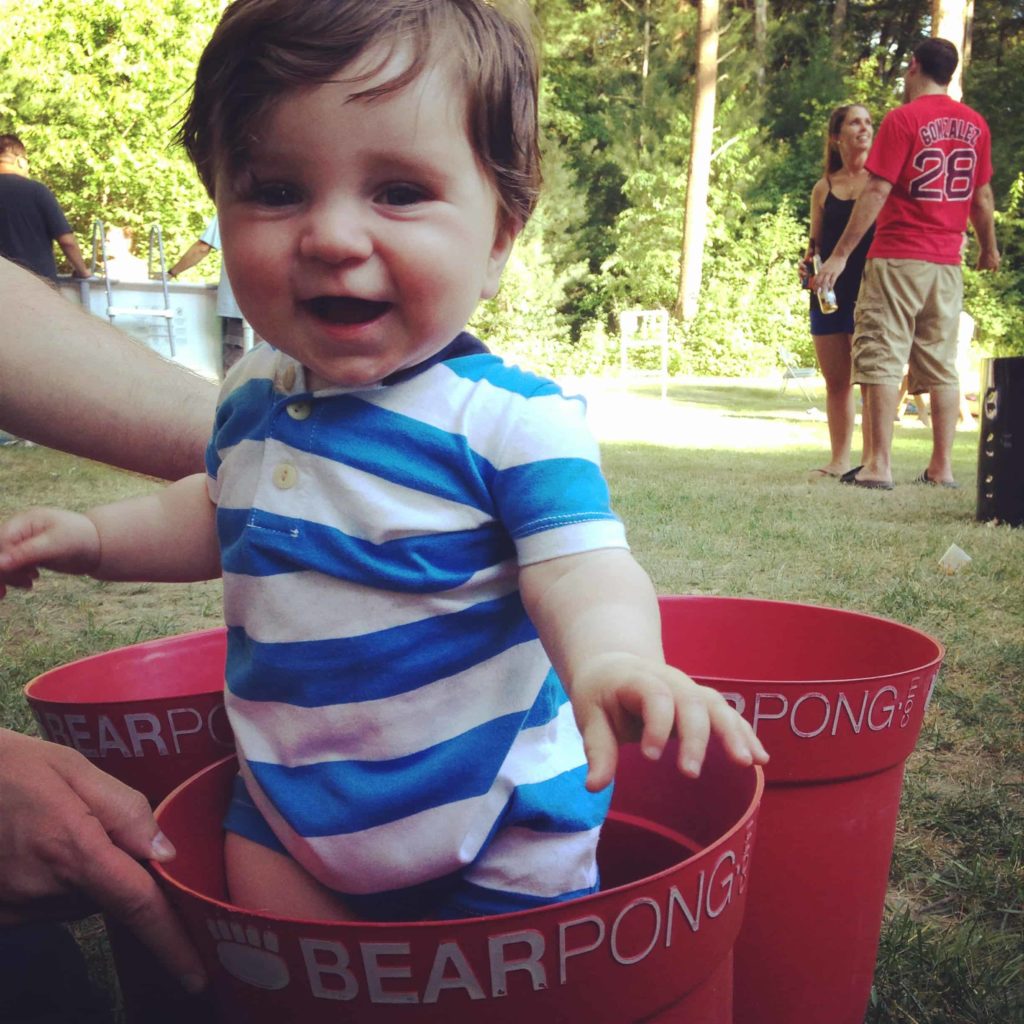 Nolan post-swimming lesson, at a backyard party. More his speed.