×
You are here: Home / Parenting / We Have Forsaken All Standards on this Vacation and I’m Kind of Loving It 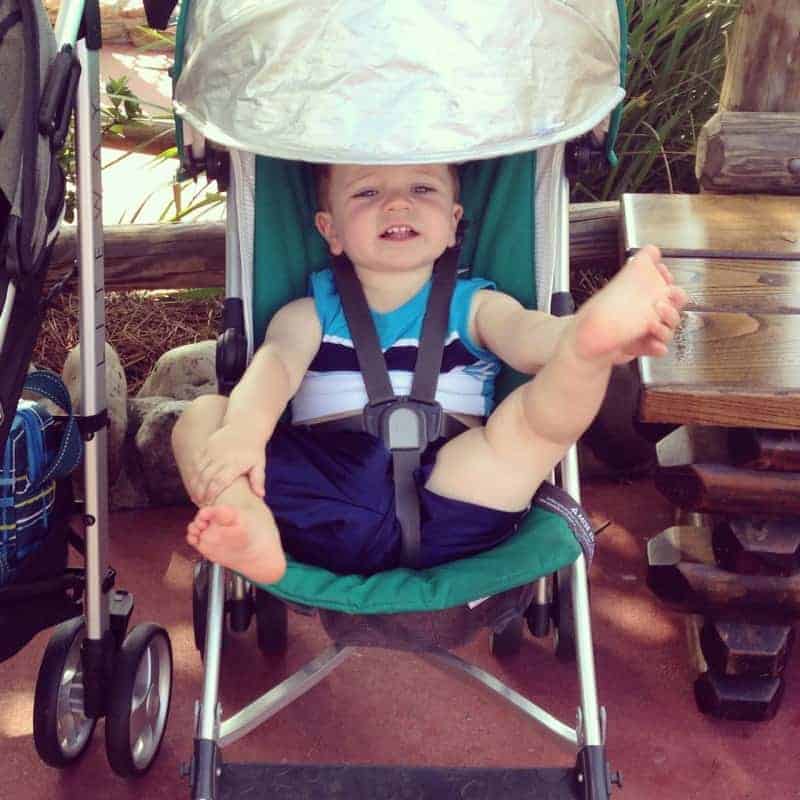 Guys! We’re having a blast on our vacation. Nolan thinks he’s in Cancun for Spring Break. He has literally been up partying all night. ALL NIGHT. And by “partying” I mean flailing around in our bed (he’s not a co-sleeper, but apparently he is a vacation co-sleeper!

He thinks this means that he should perform a routine from Cirque du Soleil in the middle of the bed, throw in some periodic Irish step dance moves, and yell out random words that pop into his head). Basically anything that was exciting to him during the day (Mickey! Cousin Abby! Bus!) is coming out of his mouth in a stream of verbal vomit at night and landing all over my ears. And Brian’s ears. And probably the ears of Melissa (sister-in-law) and little Luke (cousin) as well, since they have the misfortune of sharing a room with us.

It got so bad that Brian was forced out of the room with Nolan at 3:00 a.m. (after 90 minutes of in-room partying/step-dancing). Nolan and Brian took a walk – hold the phone – until 6:30 a.m. Yes that’s right. I woke up at 6:30 to find both of my boys still missing, and briefly thought that they had been kidnapped.

Nope, not kidnapped, just walking off a little steam for hours on end!

Now Brian is a zombie.

Nolan is on-top of the world, ready to party. Again.

Heading to the Clubs 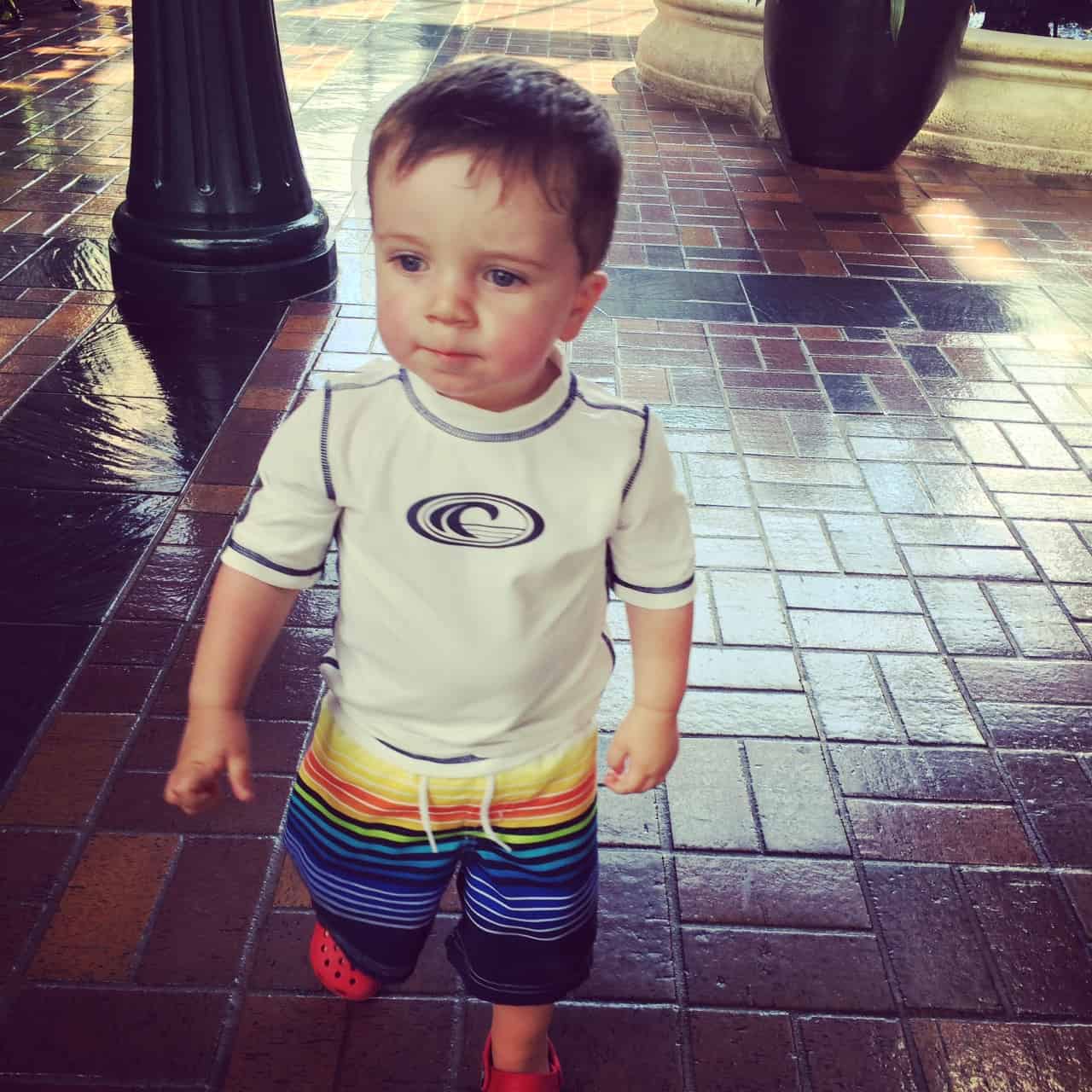 I knew that traveling with little Nolie would present us with some challenges, and that I *may* not be able to uphold all of my super impressive regular life mom standards while we’re on the road. (I mostly made up that bit about having super impressive standards in the first place, but just roll with me here).

Anyway, things are a little, shall we say, “looser” on the road. More flexible. Ok, kind of a mess, yes.

Not only did we not enforce the “you sleep in your own space” rule we have at home, but we have also just completely let all of our standards fly right out the window when it comes to nutrition.

Last night Nolan discovered ranch dressing, and basically ate an entire tub of it by dipping the same french fry over and over and over again and just sucking off the ranch. It was gross. And kind of awesome.

Piglet Is His New Role Model

We’ve also been telling Nolan that pretty much anything that’s a solid food is a “cookie” because he knows he wants cookies. He’s not an idiot, you guys.

Oh yes, and we’ve also been telling him that everything that obviously doesn’t look like a cookie is “ice cream.” Because he knows he wants ice cream. Again, he’s not an idiot you guys.

So basically, we are trying to trick him into eating by pretending that all foods are junk foods. Which I’m sure won’t mess with the development of his healthy eating habits. (Blind confidence is key here).

Why yes we did. Because that’s how we’re rolling on vacation. 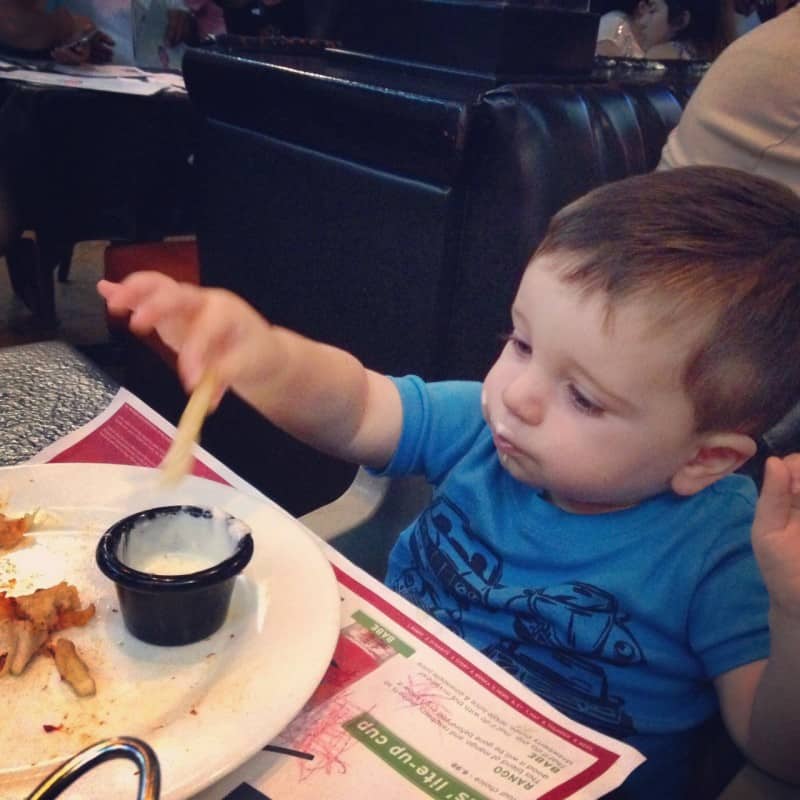 Exhibit B: Grilled Cheese Lunch in His Cousin’s Shoes 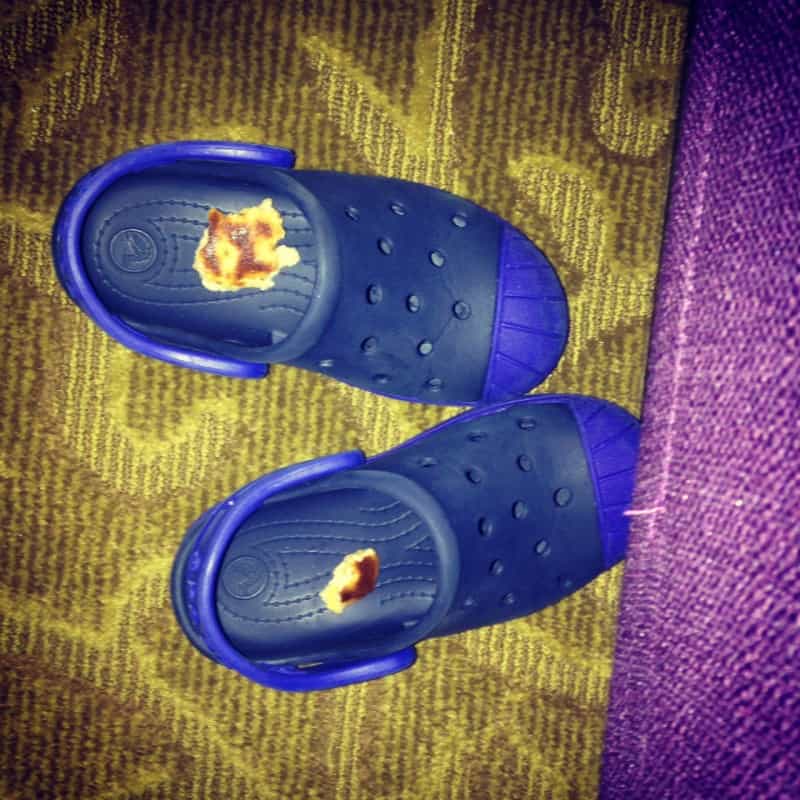 You know what the thing is about all of this? I’m not going to feel bad about it! Not one bit! Nolan’s cholesterol will return to normal levels in a few days. He will not be up partying all night spring break style next week. He won’t always eat his meals from the dirty shoes of his cousin.

So let’s hear it! What rules did you let slide this weekend? Confession time! And let’s rally around each other, eh? Sometimes it just makes you feel better to realize that we all let our children live like feral animals once in awhile! 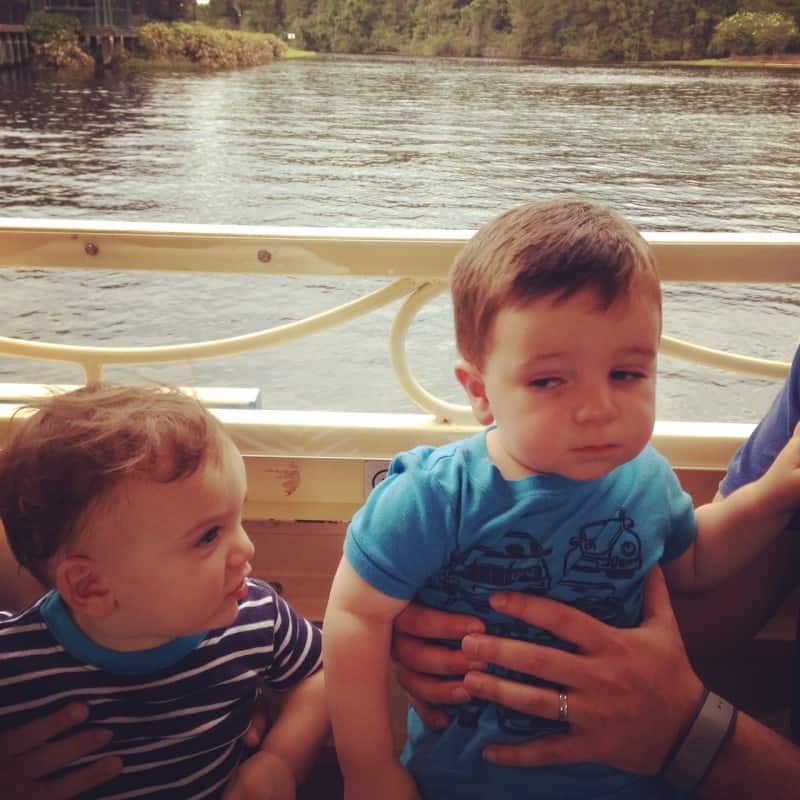 I like to imagine that in this photo Nolan is saying to his cousin Griffin “I know you saw me eat my lunch out of Luke’s shoes. Don’t judge me man. We all let ourselves go once in awhile.” And Griffin is saying “Yeah, I get you man. I’ve been there myself.”