×
You are here: Home / All Posts / 6 Clues That Your Infant Will Be Living With You Until He’s 40 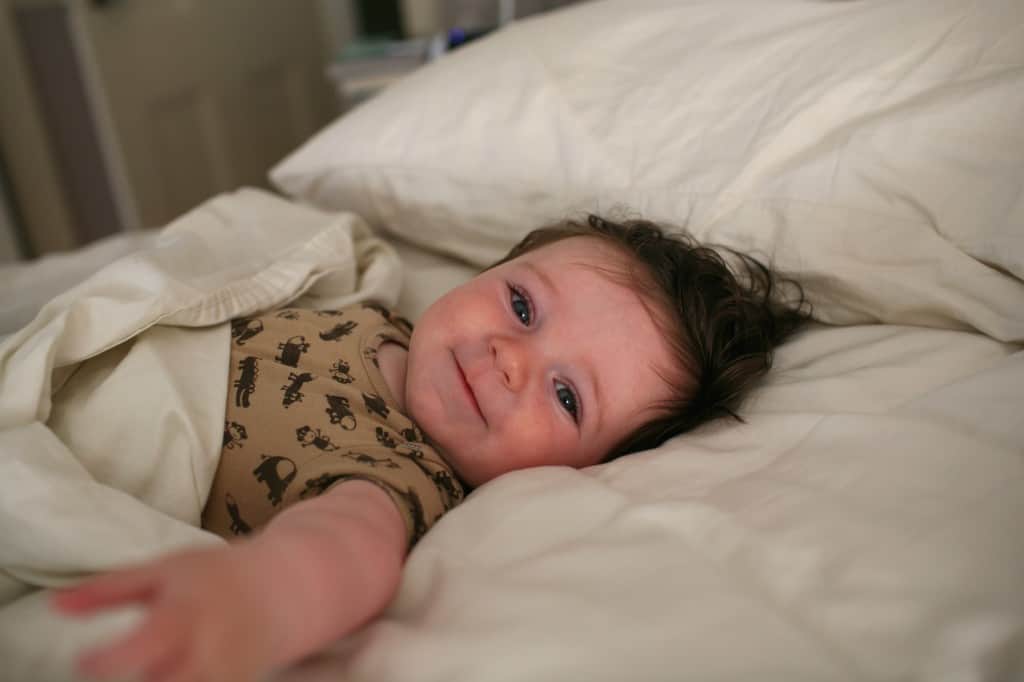 There are some telltale signs that your infant, in all his currently adorable glory, will be living with you until he’s 40. Probably in your basement.* Why, that sounds AMAZING, you might briefly think! I love my baby and I want him to be home with me always! Now quickly replace the image of your baby with the image of a flabby, balding, middle-aged man in a track suit. That is now your baby. Decide if you want him living with you anymore and then continue reading.

Ok then. I think we have agreed we have an issue brewing. It’s best to catch warning signs early so that you can take pains to remedy this now, while your child’s tiny brain is still malleable. Wait even another year or two, and it’s virtually guaranteed that you’ll be waking up to the sounds of “Mom, where’s my meatloaf!!” yelled in a deep baritone, circa 2054.

Now ask yourself this, and be honest: Does your baby already exhibit the classic signs of sloth and lack of ambition common to middle aged basement dwellers? Let’s review some evidence.

1. Is your baby refusing to crawl? Does he seem to have the physical capacity to move forward, yet chooses not to? 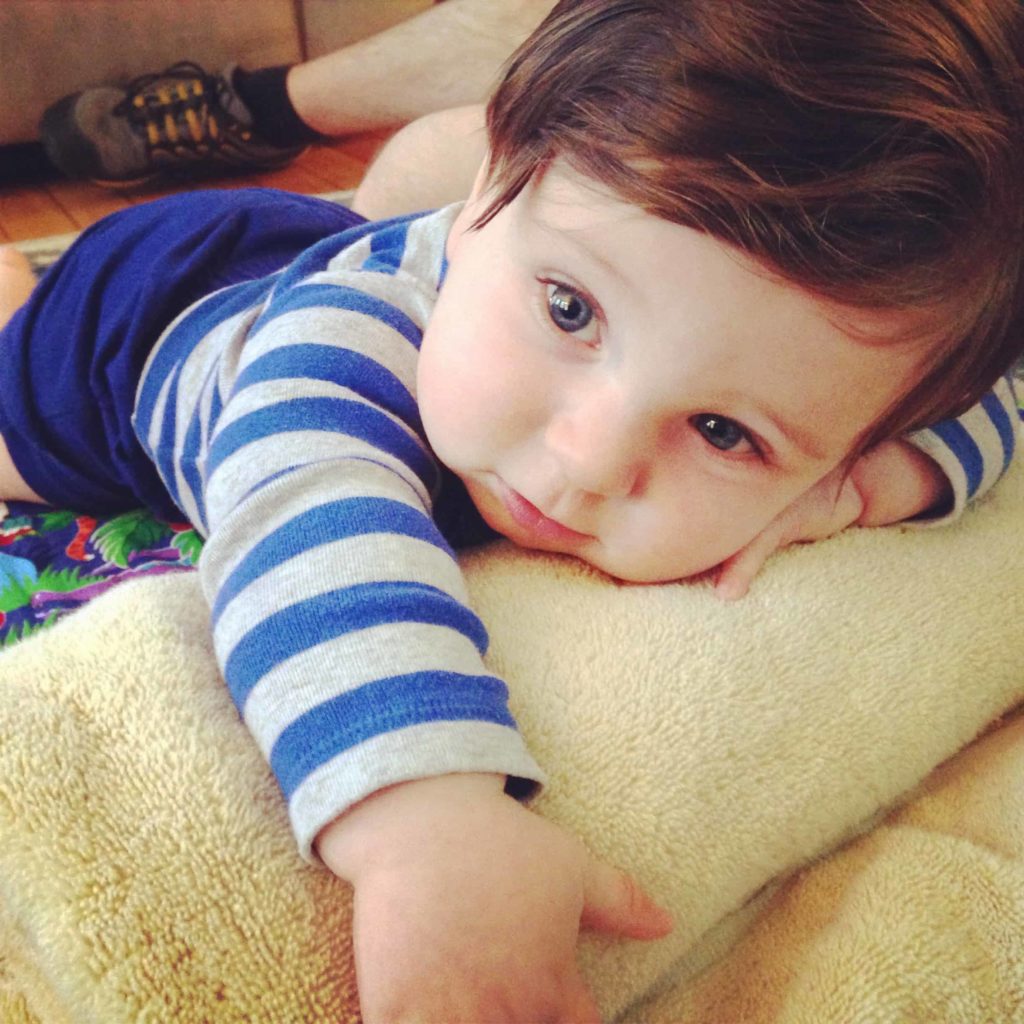 My husband set up a towel as an “athletic aid” to help our son learn to crawl. He seems to think it’s for lounging instead.

When you place a toy just out of arms reach, does your baby struggle towards it, maneuvering his little body as best he can toward his goal? Or does your baby eyeball the desired object from a distance, and then decide that it is just not worth the effort? My baby falls into that second category. 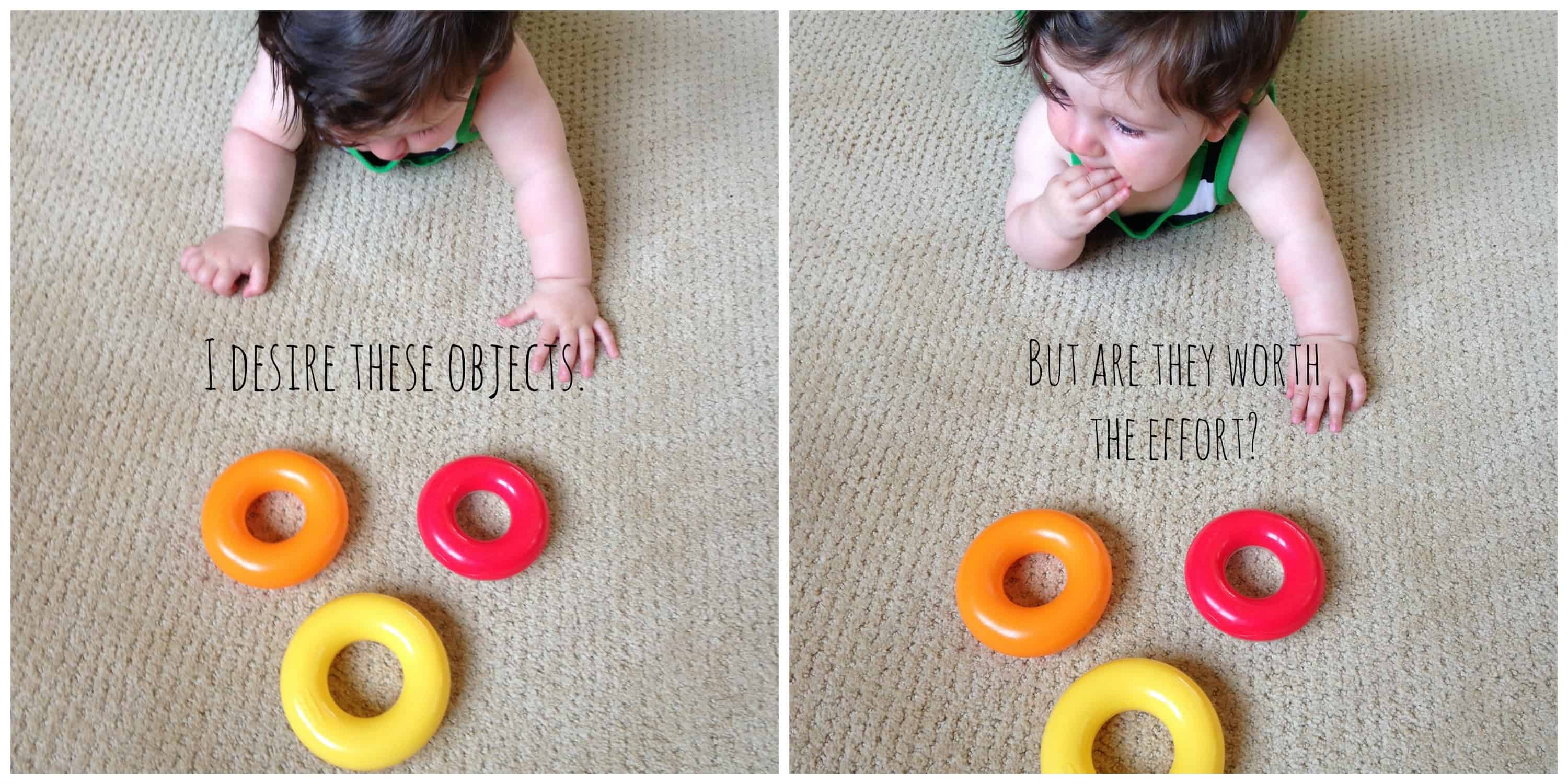 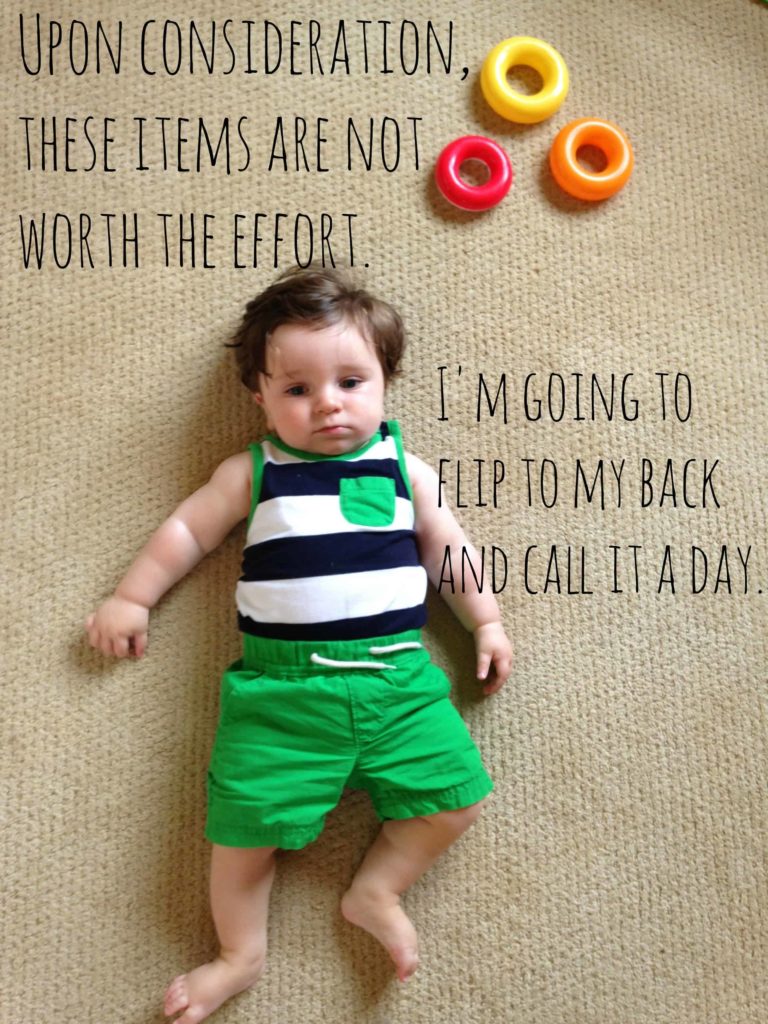 How is your baby going to get into a top tier college with an attitude like this? If you become desperate you may need to consider becoming a Tiger Mom (not to be confused with a Liger Mom). Be aware that this move will require a LOT of effort on your part, let alone the part of your lazy baby.

2. Does your baby expect, nay, demand, that you prepare all of his food for him, and then make a mess when he eats? Does he go so far as to require mashed or pureed food, like a little bird, and then once the food has reached its optimum consistency, does your little bird decide to close his beak and refuse to eat? Or does your little bird grab at the spoon and splatter his meal all over the room, like he thinks he’s Jackson Pollock? This is not only ungrateful but a major red flag (although it does show a keen eye for modern art). More importantly, though, it’s a precursor to your 40 year old man-child eating TV dinners (that you microwaved for him), and then leaving the plastic containers strewn about the basement apartment. Is that what you want? 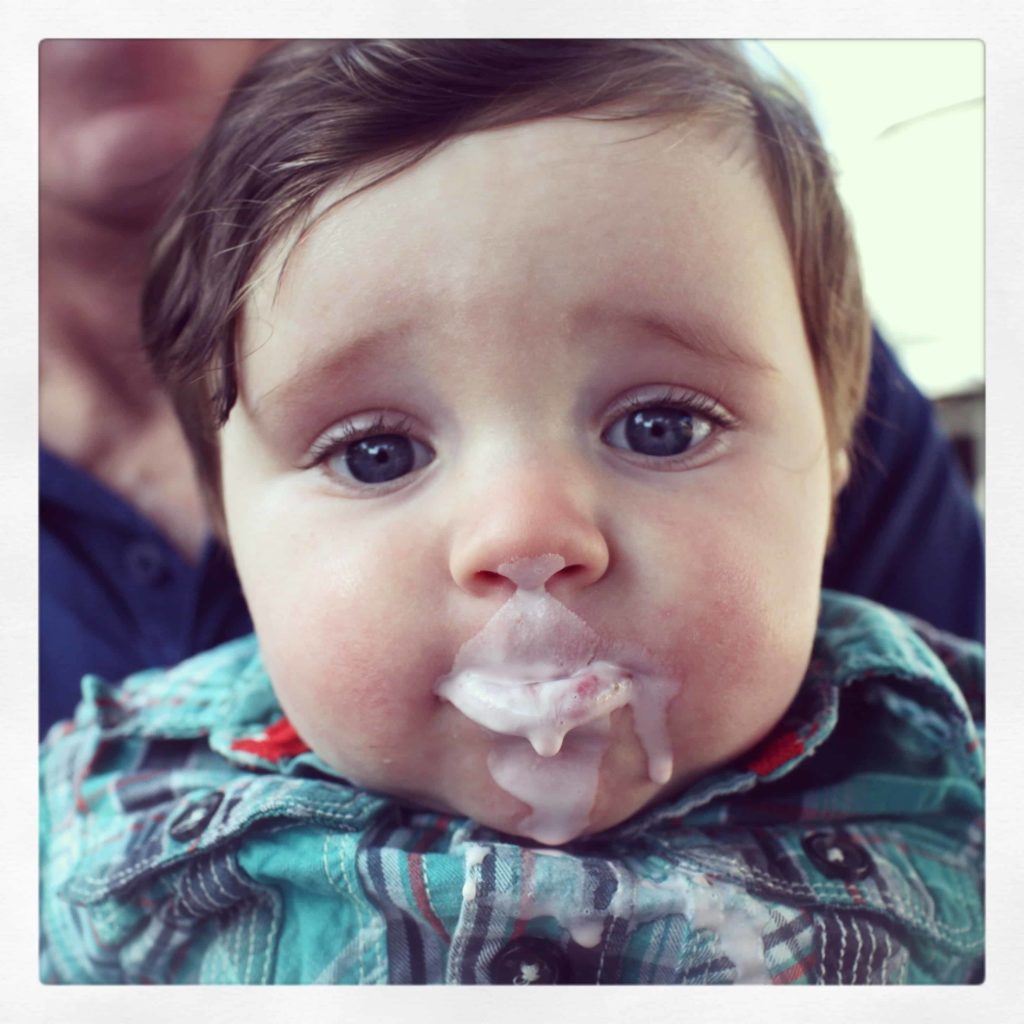 3. Does your baby require you to bathe him, cleaning his posterior and then rubbing him down with lotions and occasionally powders to ready him for bed? This indicates that your baby believes that he lives in a spa. Nobody wants to move out of a spa, and this sort of ongoing arrangement will most definitely secure you a permanent housemate. I’d recommend that you simply stop bathing your baby until he/she gets the message that you mean business. 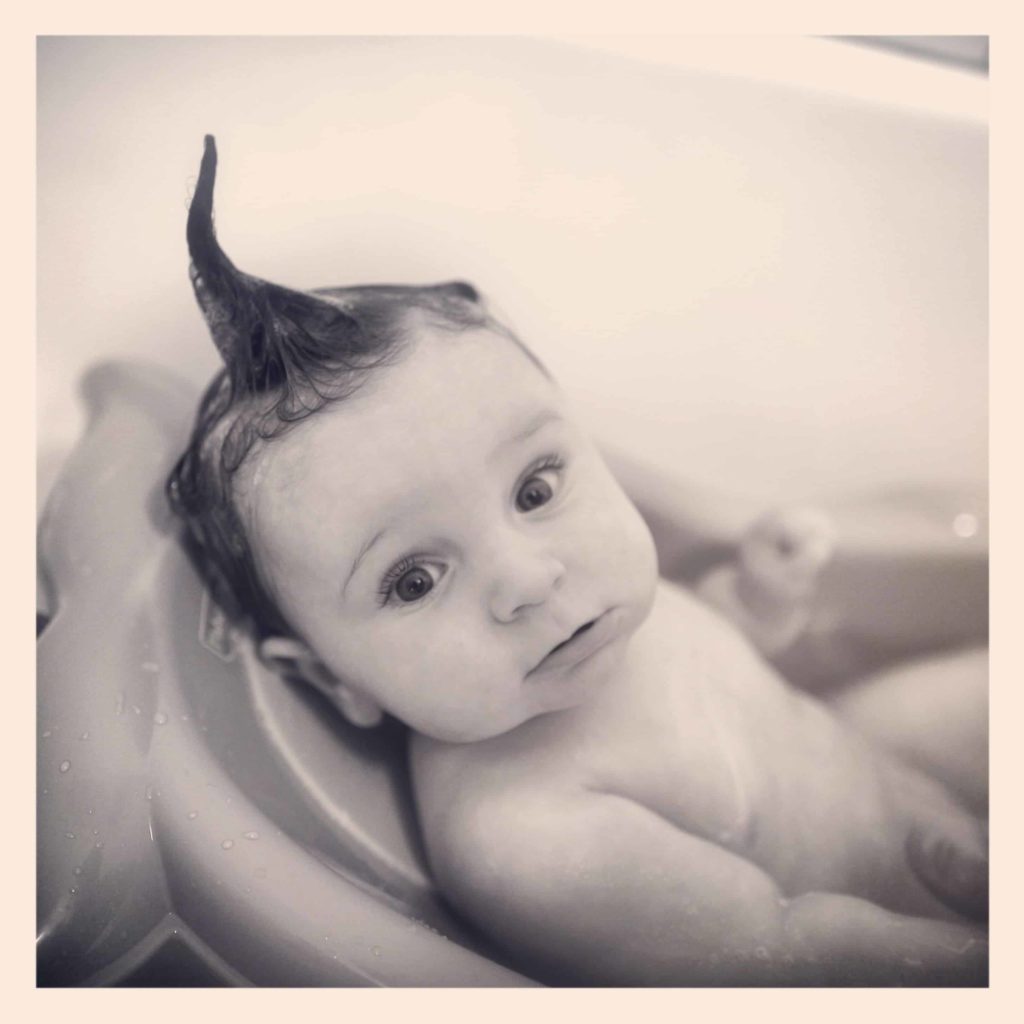 4. Does your baby have very specific requirements for the “atmosphere” she’d like in her bedroom, in order for her to sleep? Rumbling white noise? Room darkening shades? A softly glowing nightlight? A Sleep Sheep, or creepier – an animatronic turtle wearing a top hat and singing “Puttin’ on the Ritz” on her dresser? If this sounds like your baby, a problem is brewing. You may want to consider a less hospitable environment for your child. She is getting too comfortable, and the one thing you do NOT want is for your baby to get too comfortable. 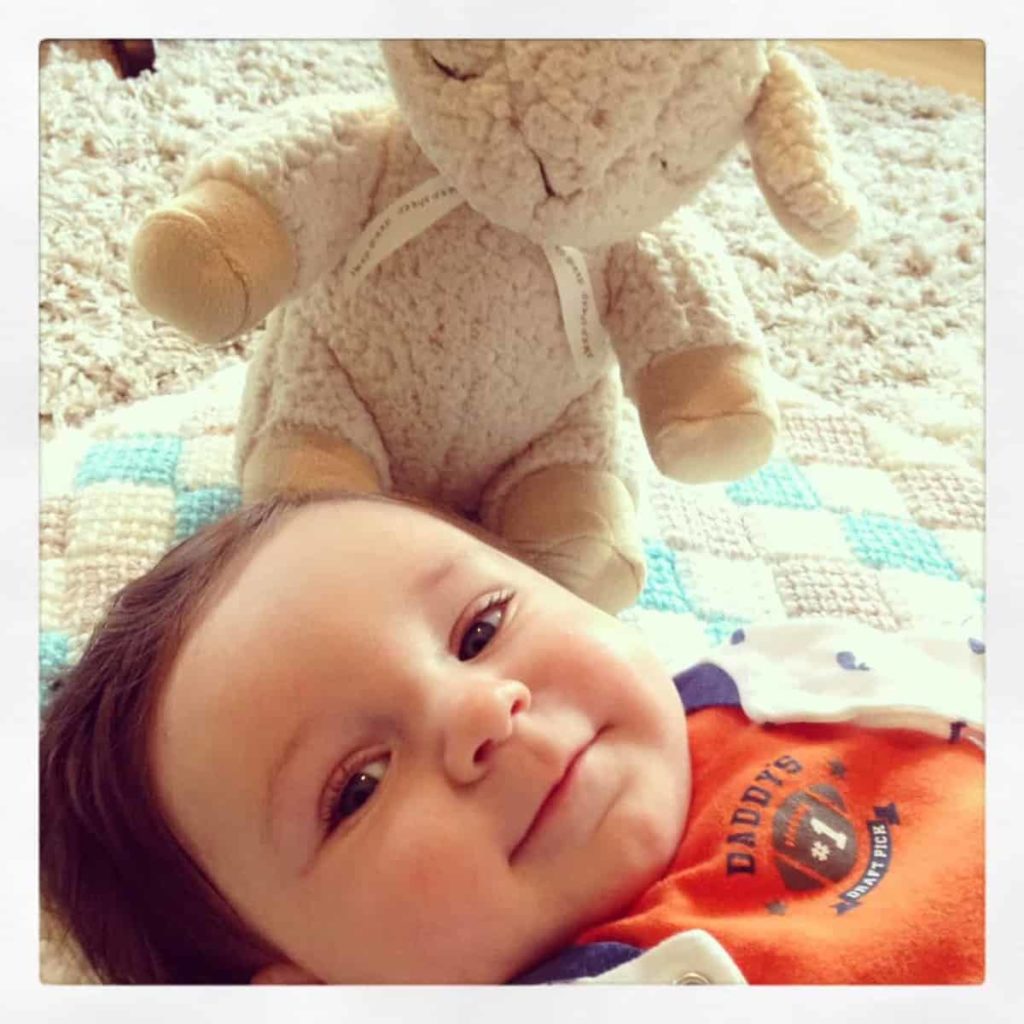 5. Did you have a C-section, not due to a medical emergency, but because your baby was in a poor position for birthing? Don’t be fooled, this was no accident. Your baby was just too lazy to come out the southern exit, and secured the express train out of your womb by becoming a contortionist in utero. My son Nolan lounged in a completely horizontal position, splayed out much as you might find someone poolside, for the final 3 months of my pregnancy. This sort of leisurely pose is indicative of a certain disposition that may be less than, shall we say, ambitious. If your baby wasn’t even enough of a go-getter to head out the birth canal in a manner requiring at least SOME effort on his part, how can you expect him to ever get his own apartment? 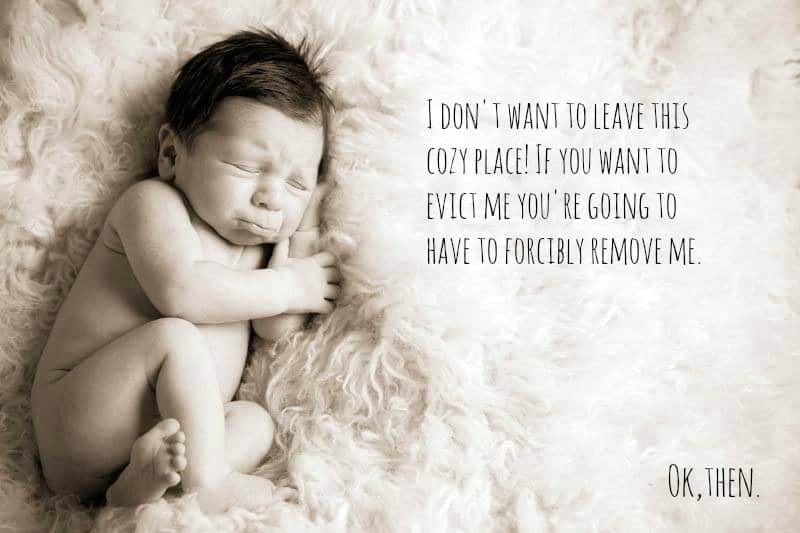 6. Is your baby unemployed? Ask yourself this: when is the last time your baby so much as LOOKED at the classifieds? Does your baby even HAVE a LinkedIn profile?** No? I think you see where this is going.

Parents, you’ve been warned. If you see your own baby in the descriptions above, get a reality check. Your kid is going nowhere fast, and it’s your fault. Stop being so accommodating, and un-renovate your basement now. Nobody wants to live in an unfinished basement, after all.

*In the spirit of full disclosure, I did spend some time living in my parents’ basement as an adult.

**I don’t have a LinkedIn profile.