Let me start with a hearty congratulations to Nolan on his accomplishment! Hats off to you, my friend. I couldn’t be prouder of Nolan (actually, I might have been *slightly* prouder if he took these first few steps about four months ago, when many of his peers were taking their first steps. But beggars really can’t be choosers here).

In a way I have to respect Nolan’s wishes to wait to walk until the winter, when he won’t be called upon to play in the yard or to toddle down the street on his own steam. I think on some level he understood that it was advantageous to wait until a deep freeze set in, knowing that I would be required to carry him 99% of the time we’re out of the house, what with the ground so icy and treacherous. Well played, sir.

Now, what I don’t totally appreciate is the fact that my first (and only!) child would choose to wait until I left the house to unleash his latent athleticism. I am with this kid approximately ALL OF THE TIME, giving him ample opportunity to launch himself into the world of the bipedal before my very eyes. But rather than make his mother’s dreams come true, Nolan chose to take his first steps when I left him briefly with his grandparents, dad and auntie.

You can’t quite make it out in the video, but if you listen closely I believe you can hear Nolan mumble something under his breath about forced consumption of pea purees and payback being a bitch. Nolan claims he said no such thing, and wanted to issue the following statement:

“The video you have just seen is performance art. I like to call it “Exploring the Vertical” and am dismayed to find that my mom keeps calling it “Nolan’s First Steps.” How pedestrian. Sometimes it’s like she doesn’t “get” me as an artist at all.

In the clip above you will notice that I am able to “stick my landing” at the couch. This is because my grandma is a genius and knew that I would be drawn like a moth to the flame toward my own image on her iPad. I am not being vain here, I just simply can’t believe how adorable I am. Grandma knows this instinctively, frequently exclaiming about my beauty to anyone nearby. She gets me, which is why I was happy to do my performance art for her. My mom will continue to see me playing possum rather than use my legs like tiny, unstable toothpicks for as long as she continues to enforce things like nap time and mandatory diaper changes. Thank you for your attention.”

And there you have it folks. “Out of the mouths of babes” and all that. 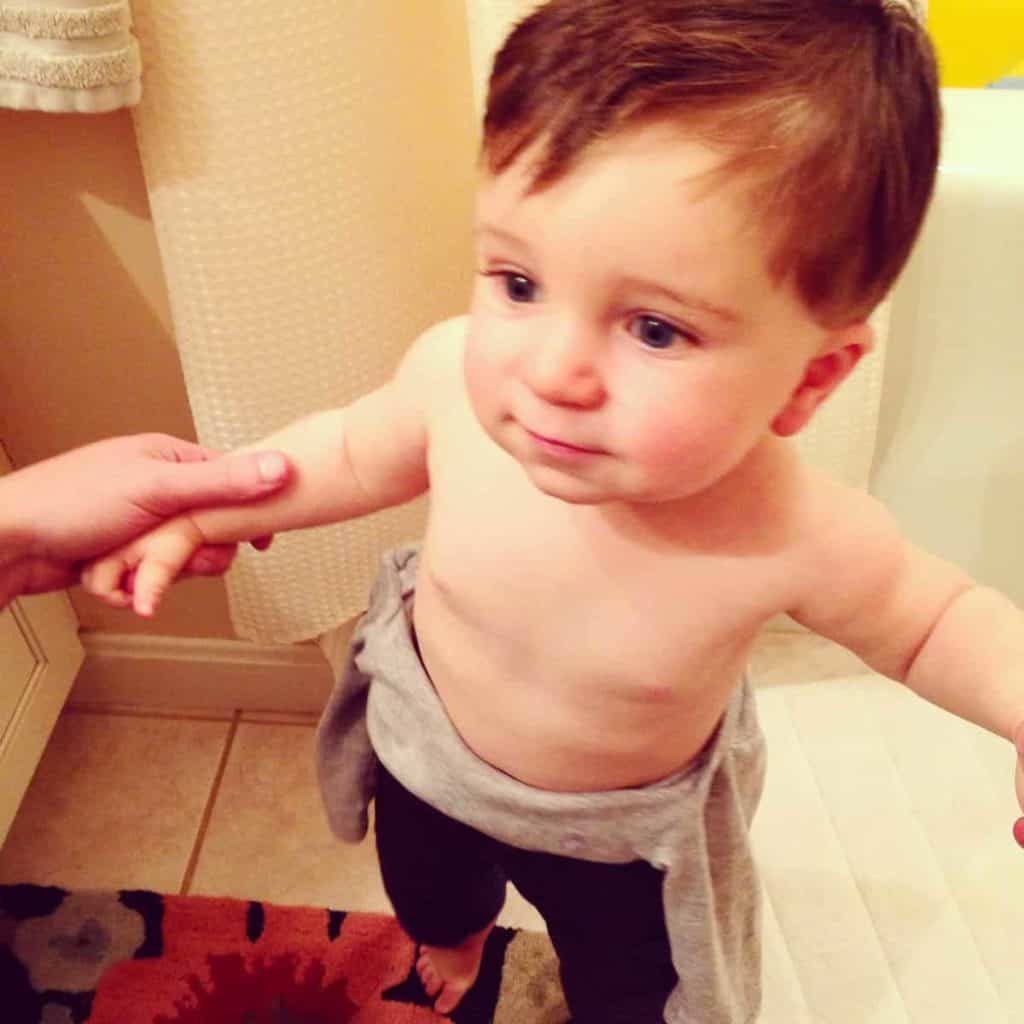 I won’t be needing that supporting hand any longer, dad. And also, check out my abs!

Happy trails to you, little Nolan!